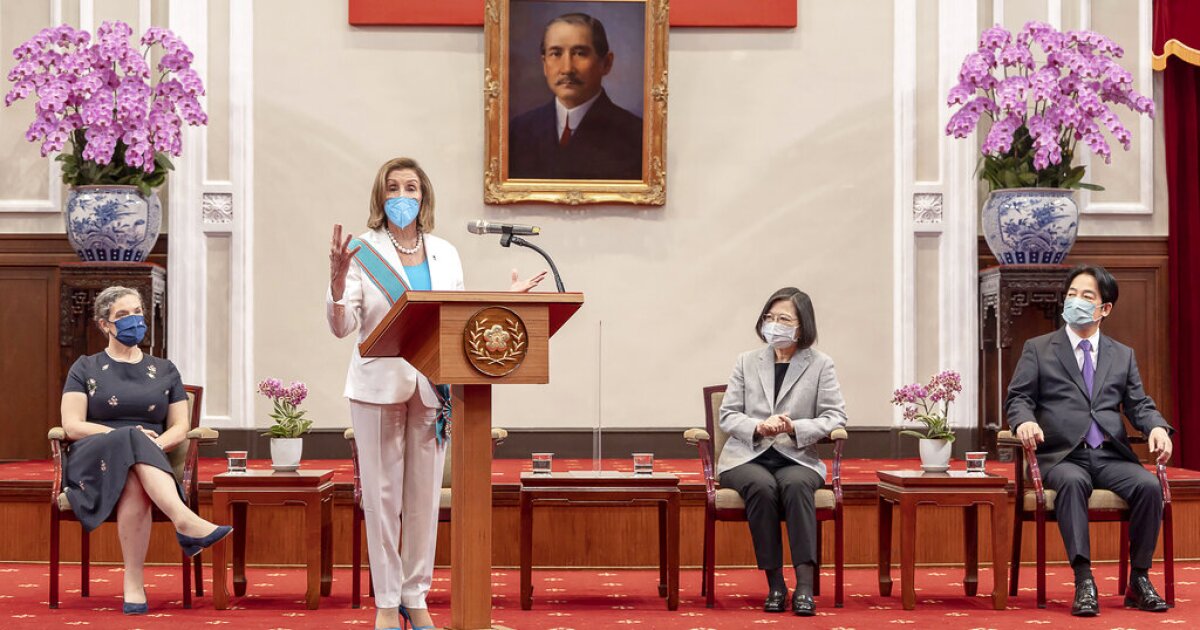 House Speaker Nancy Pelosi (D-CA) “absolutely” stands by her decision to lead a congressional delegation to Taiwan recently despite the heightened tensions with China that have resulted from her trip.

The speaker, along with a handful of other lawmakers of both parties, traveled to Taiwan earlier this month as a part of an Asia trip sparking a fierce response from Beijing that has included a cutting off of some diplomatic efforts with the United States and an unprecedented show of military force around Taiwan and in the Taiwan Strait.

“Absolutely,” she responded when asked by NBC’s Savannah Guthrie if her trip was worth the increased tension. “Without any question. I have overwhelming bipartisan support for our visit to Taiwan. As speaker of the House and with a distinguished delegation that I went there with, we were very well received.”

China’s show of force since Pelosi’s visit last week has included more than 150 Chinese aircraft and 50 vessels dispatched for activities around the Taiwan Strait since Aug. 5, according to Taiwan’s Ministry of National Defense. Many of them crossed the median line separating Taiwan’s territorial claims from those of China.

Despite the increased aggression, Colin Kahl, the undersecretary of defense for policy, told reporters on Monday that the Pentagon does not believe Beijing will invade Taiwan within the next two years, though he said the country is trying to normalize these types of military exercises.

“Clearly, what they’re trying to do is salami slice their way into a new status quo,” he said. “I think a lot has been made of them — of the missile strikes. But really, it’s the activities in the Strait itself — the sheer number of maritime and air assets that are crossing over this kind of de facto center line, creeping closer to Taiwan’s shores, where it’s clear that Beijing is trying to create a kind of new normal, with the goal of trying to coerce Taiwan but also frankly to coerce the international community, given the importance of the Taiwan Strait to the global economy.”

Various administration officials have repeatedly said Pelosi’s visit did not alter U.S. policy toward China in any way, arguing that the country is manufacturing a crisis where there is none.

While congressional delegations make frequent trips to Taiwan, including some earlier this year, she was the highest-ranking U.S. official to touch down on the island of roughly 24 million people this century. Then-House Speaker Newt Gingrich made the trip in 1997.