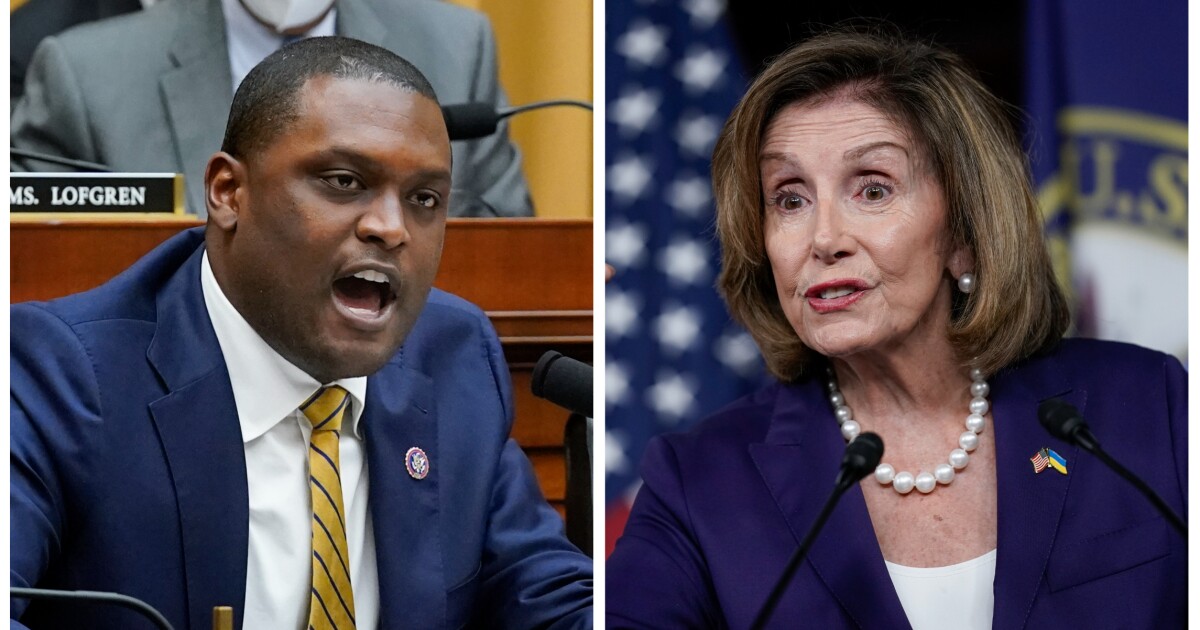 House Speaker Nancy Pelosi (D-CA) is throwing her support behind Rep. Mondaire Jones in the crowded Democratic primary for New York’s 10th Congressional District, taking sides in the intraparty fight for a new seat covering Lower Manhattan and some of Brooklyn’s most left-leaning neighborhoods.

Jones is a “Squad”-adjacent representative of a suburban district north of New York City who relocated to the urban district due to the state’s redistricting. To continue representing a redrawn district near his old one, in Westchester and surrounding counties, Jones faced unpalatable options politically. He would have had to run in a Democratic primary against the chair of House Democrats’ campaign arm, Rep. Sean Patrick Maloney, or a fellow first-term black progressive, Rep. Jamaal Bowman.

Jones touted the support from Pelosi, the House’s highest-ranking member, saying he was “proud” to have the California Democrat’s backing.

“Since coming to Congress, I’ve worked with [Team Pelosi] to send billions to NYC for schools, housing, health care, and infrastructure while fighting to save our democracy. Speaker Pelosi knows no one in this race can deliver like I can, and I’m proud to have her support,” Jones tweeted.

Pelosi’s decision to back Jones snubbed an assorted cast of characters vying for the open seat, including Assemblywoman Yuh-Line Niou, who, along with Jones, is a front-runner in the race; ex-Trump impeachment counsel Dan Goldman; New York City Councilwoman Carlina Rivera; and former Rep. Elizabeth Holtzman. Former New York City Mayor Bill de Blasio declared his candidacy for the district that includes Park Slope in Brooklyn, one of the areas of the city where he polled more favorably. But de Blasio dropped out of the race last month.

An aggressive map signed by New York Gov. Kathy Hochul but stricken by courts left Democratic lawmakers scrambling to find new districts, creating awkward games of musical chairs that pitted allies against one another. Jones averted what would have been a bitter fight against Maloney or a tense face-off with ally Bowman in New York City’s northern suburbs. The freshman lawmaker, who is one of the first black and gay representatives, defended his decision by saying the district, which includes the Stonewall Inn, is “the birthplace of the LGBTQ+ rights movement.”

New York’s 10th Congressional District has a partisan voter index of D+35, meaning whichever candidate becomes the Democratic nominee is expected to win the general election in November by a large margin.