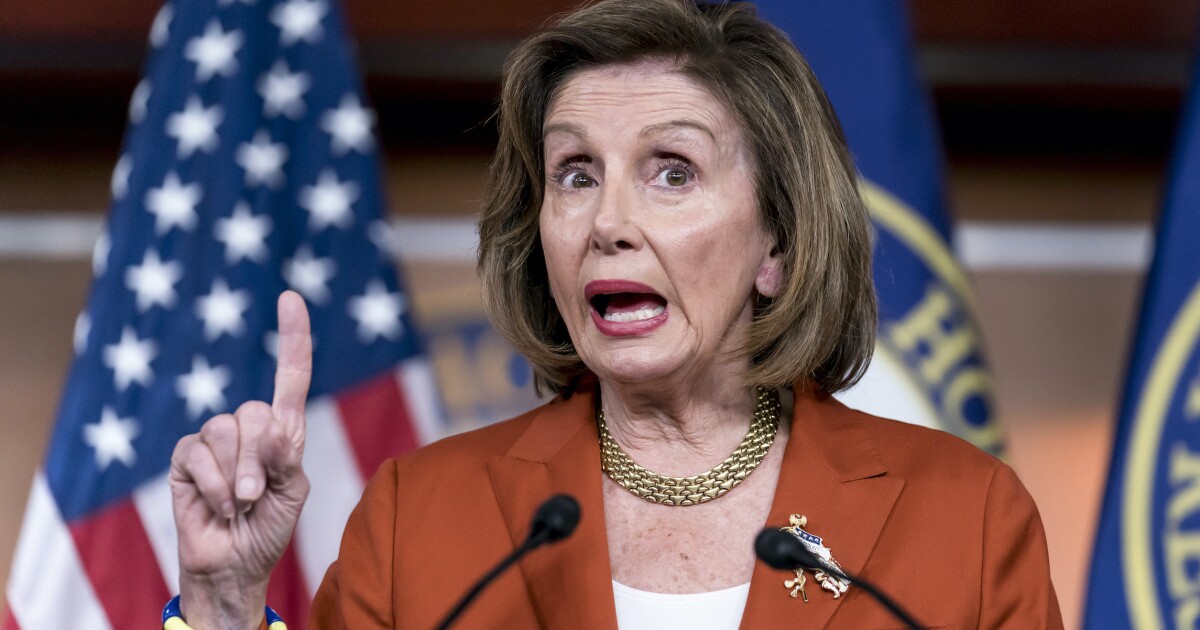 House Speaker Nancy Pelosi said Friday that the House will again pass the Women’s Health Protection Act next week, a sweeping abortion rights bill previously passed by the chamber that faces dim prospects in the Senate.

The announcement comes shortly after the Supreme Court issued a decision in Dobbs v. Jackson Women’s Health Organization that struck down the high court’s nearly 50-year-old ruling in Roe v. Wade, sending the issue of abortion back to the states to legislate.

The Women’s Health Protection Act would make it a right for a woman to undergo an abortion procedure, as well as override certain state laws restricting those procedures, including mandatory waiting periods, bans on abortions via telemedicine, or requiring providers to have admitting privileges at a nearby hospital. Proponents say the bill enshrines the standards set by Roe into law, while critics say the bill goes beyond what Roe permitted by undoing state-level restrictions that had previously been held up by courts with Roe still in place.

But the bill has already been passed by the House this Congress and went on to fail in the Senate earlier this year, making the move largely a performative one because the bill appears unlikely to reach Biden’s desk even following the Dobbs ruling.

The bill failed in the Senate in February when it could not reach the 60-vote filibuster threshold during a procedural vote to proceed to debate, failing 46-48.

Sen. Joe Manchin (D-WV), who considers himself personally anti-abortion but backed the legal standard set by Roe, broke ranks with his party to oppose the bill, arguing it went beyond Roe.

But even if Manchin were to change his position on the bill in the absence of Roe, both he and Sen. Kyrsten Sinema (D-AZ) have reiterated since the Dobbs ruling that they remain opposed to removing the filibuster, leaving the bill with no path forward to pass in the Senate.

Some Senate Democrats and liberal activists have called for changes to filibuster rules to pass abortion rights legislation, but the party is unable to do so as long as Manchin and Sinema remain in support of the filibuster.