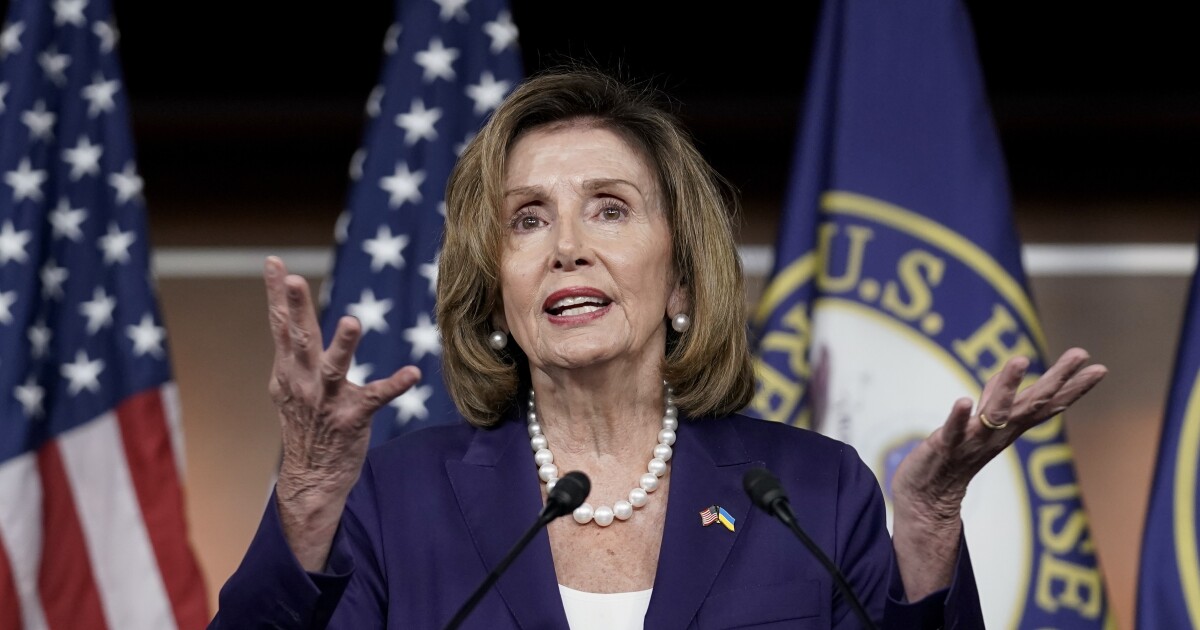 House Speaker Nancy Pelosi (D-CA) announced a pause on policing legislation until next month in a letter to Democratic colleagues on Wednesday.

The priority for the week should be passing the Inflation Reduction Act as the House reconvenes briefly to vote on the climate, health, and tax bill, which passed the Senate on Sunday, Pelosi said.

“This week, our focus must remain on passing the IRA, as conversations continue on finding consensus for a robust public safety package,” Pelosi wrote in the letter.

Discussions surrounding the passage of a public safety bill have stalled as progressive and centrist Democrats continue to disagree over whether to provide additional funding to law enforcement agencies without enough accountability measures.

“We salute the work led by Chair Rep. Joyce Beatty (D-OH) and members of the [Congressional Black Caucus], working with Reps. Josh Gottheimer, Abigail Spanberger and Tom O’Halleran, to advance a package that is rooted in two of Democrats’ most cherished values: justice and safety,” Pelosi wrote.

The House already passed an assault-style weapons ban in July before leaving for August recess. The law enforcement support is an unfinished portion of what was originally designed to be a broader public safety bill. The votes were split up after Democrats failed to reach an internal deal.

Democrats face tough reelection cycles ahead of November’s midterm elections. Vulnerable Democrats hope to use the passage of policing legislation to counteract calls for defunding police stations and tout support for law enforcement instead.

President Joe Biden signed a policing executive order in May aimed at strengthening public safety by advancing “effective and accountable policing and criminal justice practices that will build public trust,” according to the White House.