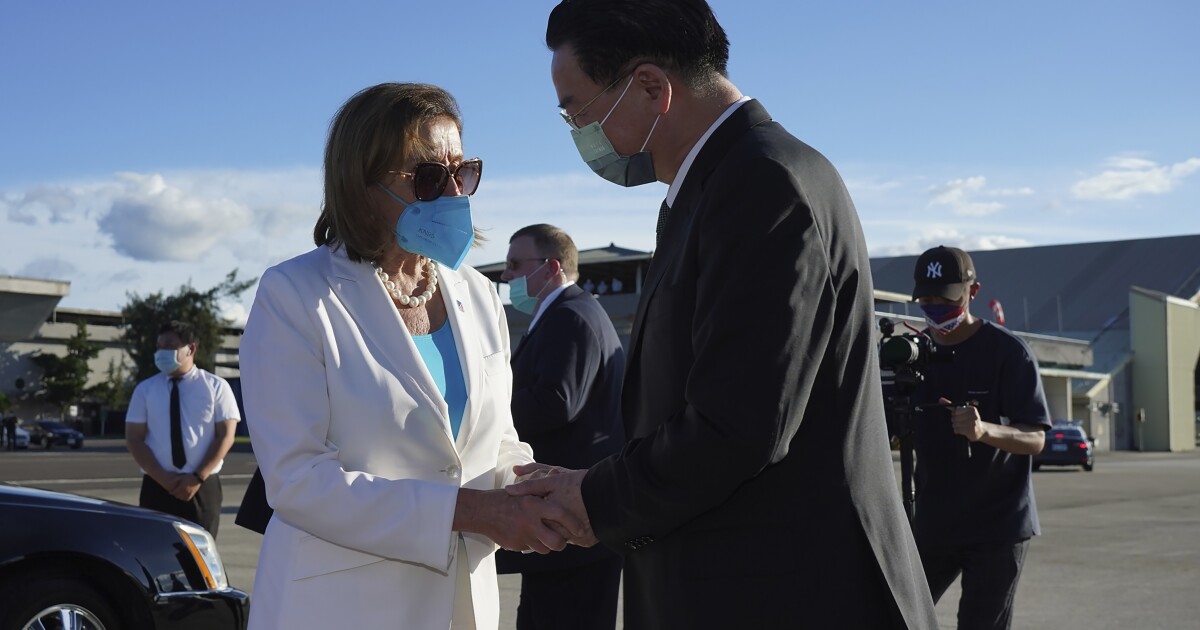 House Speaker Nancy Pelosi (D-CA) is set to visit the heavily fortified Demilitarized Zone in South Korea as part of her high-profile Asia trip this week, according to reports.

Pelosi arrived in South Korea late Wednesday and is scheduled to visit the area that borders North Korea, according to Agence France-Presse, making her the highest-ranking U.S. official to visit the area since former President Donald Trump met with North Korean leader Kim Jong Un in 2019.

“We also say to you that friendship and the relationship that began from urgency and security, many years ago, has become the warmest of friendships. So we want to advance security, economy, and governance in an interparliamentary way,” Pelosi said at a meeting with South Korean leaders on Wednesday.

The trip to North Korea wasn’t included on Pelosi’s itinerary released over the weekend detailing where the House speaker would visit during her weeklong trip. However, the California Democrat has made other last-minute changes to her schedule, visiting Taiwan on Tuesday despite warnings from China and U.S. government officials.

Pelosi’s visit to Taiwan prompted backlash from Chinese officials, who consider the island to be part of their territory despite Taiwan considering itself a self-governed nation. Shortly after the House speaker landed in Taiwan, the Chinese military announced it would be initiating military drills, the largest flex of China’s considerable military muscle in more than two decades.

While in South Korea, Pelosi met with National Assembly Speaker Kim Jin-pyo and other members of parliament to discuss regional security and economic partnerships. She is also expected to speak with South Korean President Yoon Suk Yeol on the phone during her visit.

South Korea will be Pelosi’s fourth stop on the trip before she leaves for Japan on Thursday, her final stop of the tour, according to her itinerary.

Throughout the tour, the group has focused on strengthening economic and security partnerships overseas and the “democratic governance in the Indo-Pacific region,” according to Pelosi’s press release.