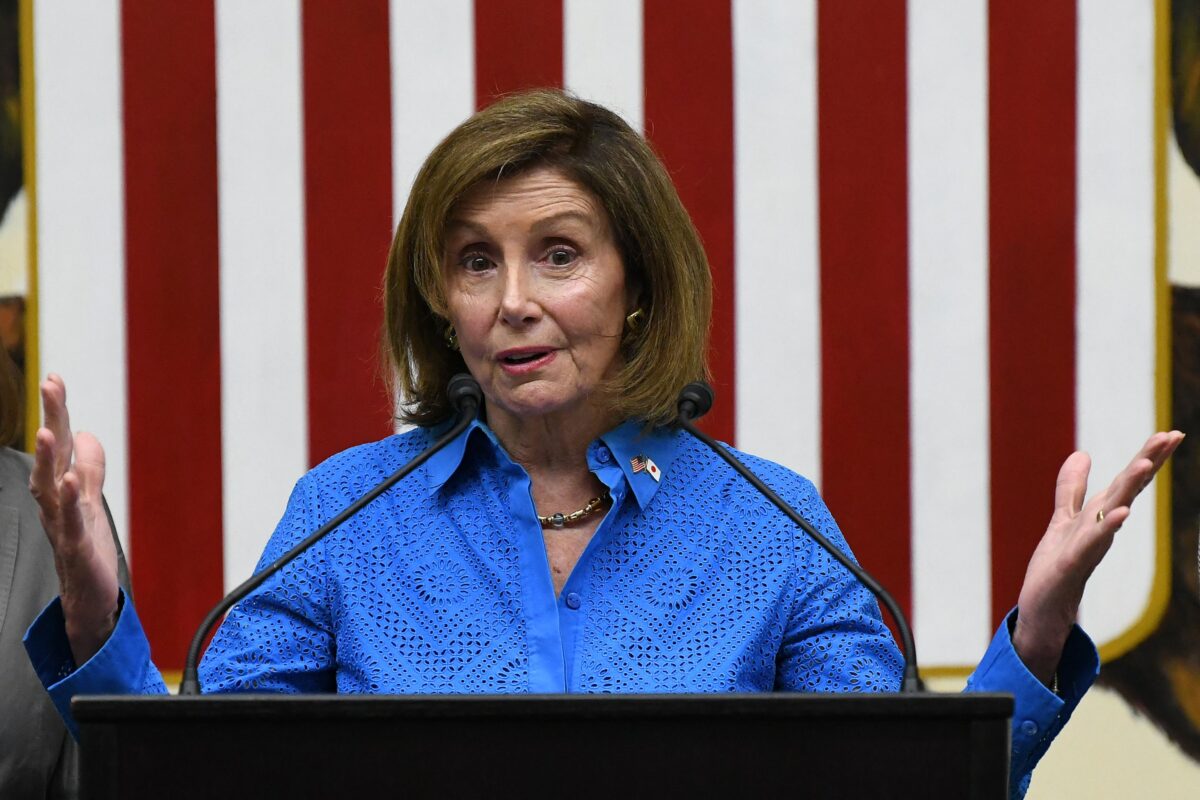 House Speaker Nancy Pelosi (D-Calif.) said that the United States would not allow the Chinese Communist Party (CCP) to isolate Taiwan from the world and that the CCP is attempting to unilaterally change the status quo regarding the island government.

“We will not allow China to isolate Taiwan,” Pelosi said during a press conference on Aug. 10.

The comments come a week after a controversial visit by the House speaker to Taiwan, which CCP authorities used as justification to begin unprecedented military exercises in the seas and skies encircling the island.

Pelosi said that the CCP was manufacturing a crisis over her visit to Taiwan as a “pretext” to “intensify” its ongoing campaign of intimidation and harassment against Taiwan.

The CCP maintains that Taiwan is a rogue province of China and has vowed to unite the island with China, by force if necessary. Democratic Taiwan has been self-governed since 1949, however, and has never been controlled by the CCP.

The United States and China maintain assurances that neither side will attempt to unilaterally change this status quo through force or coercion.

Pelosi noted that previous congressional delegations to Taiwan did not elicit the overbearing response from the CCP that her delegation suddenly did. To that end, she framed her visit to the island within the larger struggle between democratic and authoritarian regimes.

“We’re talking about the struggle between democracy and autocracy,” Pelosi said.

“We didn’t go there to talk about China. We went there to praise Taiwan. To say China cannot isolate Taiwan.”

“That was our purpose, to support this thriving democracy.”

Pelosi also said that the CCP’s aggression toward Taiwan was negatively impacting everyday Americans, and that the strain to the international supply chain caused by China’s de facto blockade of Taiwan would cause price increases for Americans.

“When China does what it does in the Taiwan Strait or the South China Sea, it has an impact on America’s working families because you cannot tie up the waterway,” Pelosi said. “That just increases costs.”

“What we saw with China was they were trying to establish a new normal,” Pelosi said, echoing comments from the White House. “And we just can’t let that happen.”

Rep. Gregory Meeks (D-N.Y.), who was part of the delegation to Taiwan, also spoke at the press conference. Meeks praised the success of Taiwan’s democracy and market economy, and underscored that the CCP is attempting to unilaterally create a new status quo regarding Taiwan.

“In Taiwan, we saw people lined up down the streets, over 250,000 people watching our flight land and the crowd in the streets saying thank you for coming,” Meeks said.

“It is not us who want to change the status quo. You see that coming from Beijing.”

To that end, Meeks said that the sheer scale of China’s joint military exercises around Taiwan demonstrated that the drills had been planned long before the delegation’s trip occurred.

“Clearly, China had their plans before we we took our trip,” Meeks said. “What they wanted to do was try to deter us from going to visit our friend and ally.”

“No matter what [CCP leader] Xi says, we are going to visit our friends and allies.”