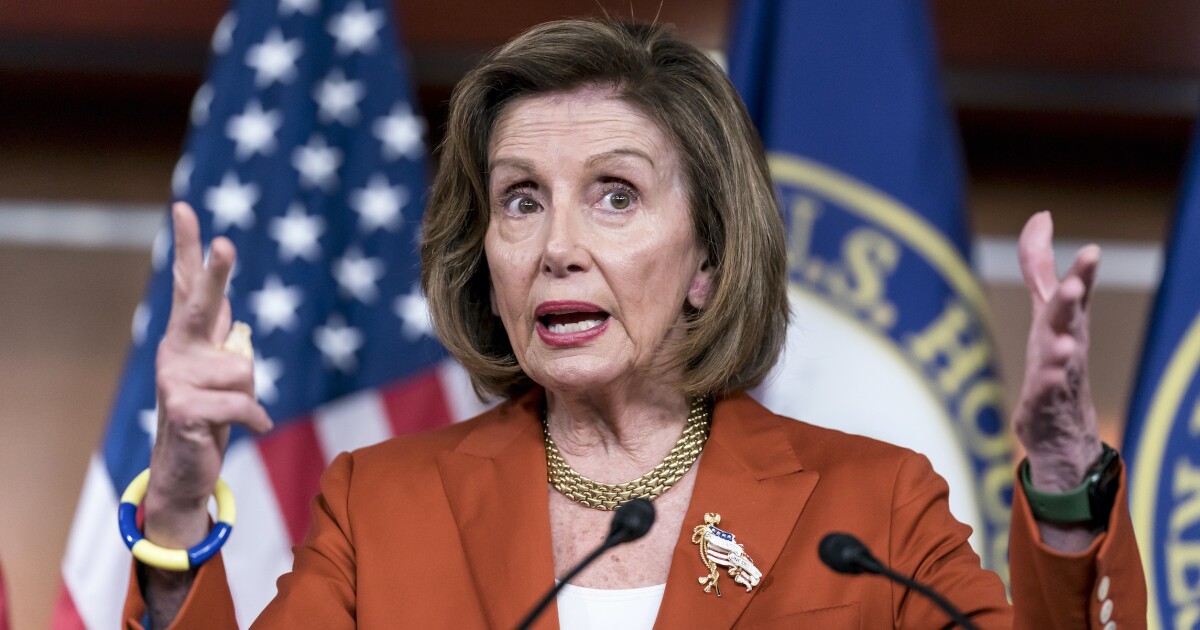 House Speaker Nancy Pelosi will not negotiate with the Senate on a sweeping abortion rights bill that she intends to pass in the House again this week, the California Democrat told reporters Thursday.

SECRETARIES OF STATE SHOULD BLOCK TRUMP FROM BALLOTS IN 2024, LEGAL GROUP SAYS

“We’re not going to negotiate a woman’s right to choose,” Pelosi said when asked if she’d be willing to negotiate a scaled-back version of the bill that could potentially win the votes of pro-abortion rights Republicans in the upper chamber.

In response to the Supreme Court decision in Dobbs v. Jackson Women’s Health Organization that struck down the high court’s nearly 50-year-old ruling in Roe v. Wade, Pelosi said the House will again take up the Women’s Health Protection Act, legislation that would make it a right for a woman to undergo an abortion, override certain state laws restricting those procedures, including mandatory waiting periods and bans on abortions via telemedicine, and require that providers have admitting privileges at nearby hospitals.

Proponents of the bill say it codifies the standards previously set by Roe into law, while opponents say the bill goes beyond what Roe permitted by undoing state-level restrictions that had previously been upheld by courts with Roe still in place.

The bill, which was passed by the House last year, failed in the Senate, where it could not reach the 60-vote filibuster threshold during a procedural vote to proceed to debate, failing 46-48. Sen. Joe Manchin (D-WV), who considers himself personally anti-abortion but backed the legal standard set by Roe, broke ranks with his party to oppose the bill, arguing it went beyond Roe.

Republican Sens. Lisa Murkowski of Alaska and Susan Collins of Maine introduced a bill that would more narrowly codify the standards set by Roe without overriding certain state restrictions. Pelosi dismissed their position.

“Senator Murkowski and Senator Collins may have their view, but it is not a view that is one about a woman having a right to decide. We’re not negotiating that, no.”

“You can’t be a little bit pregnant in this,” she said.