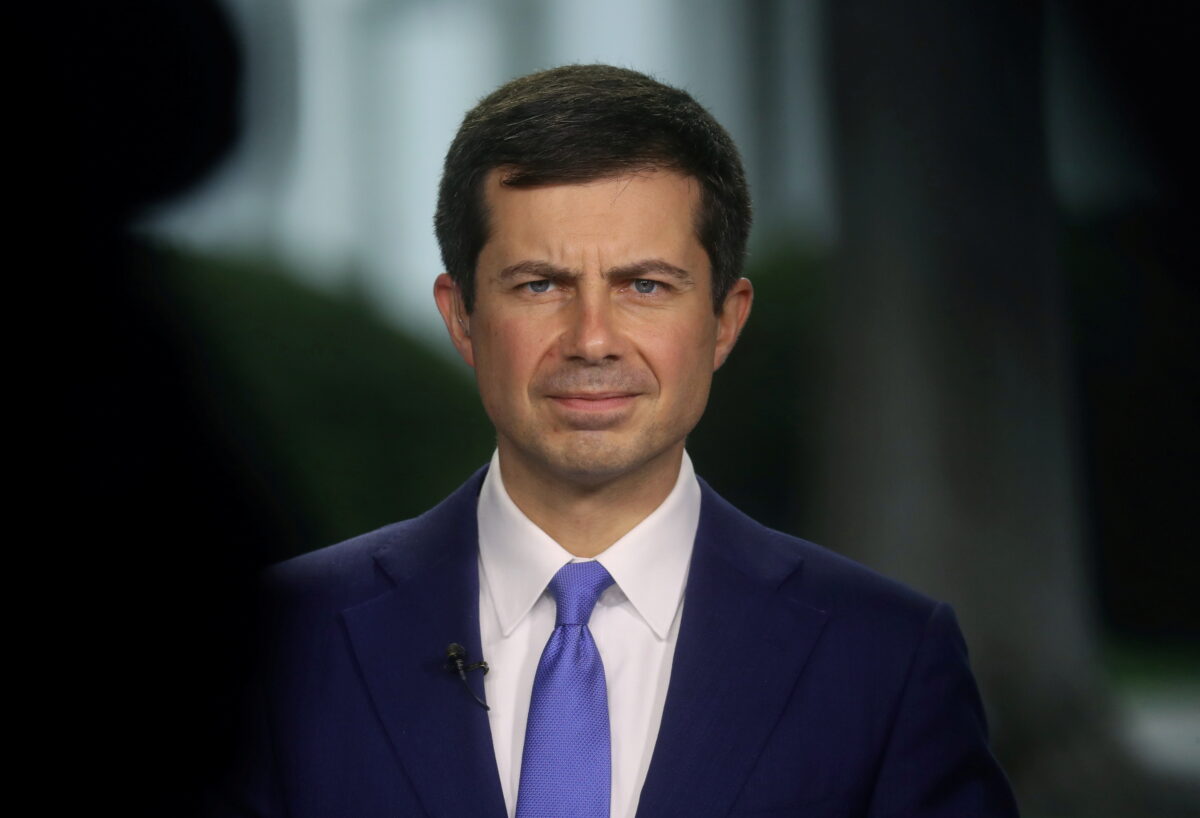 Buttigieg appeared before the House Transportation and Infrastructure Committee to examine the implementation of the Infrastructure Investment and Jobs Act.

In an exchange with Rep. Carlos Giménez (R-Fla.), Buttigieg reiterated his position that the rising cost of gas will create a greater benefit for consumers who can access electric cars.

“The more pain we are all experiencing from the high price of gas, the more benefit there is for those who can access electric vehicles,” he said.

When asked to clarify this remark, Buttigieg purported that “we could have no pain at all by making EVs cheaper for everybody.”

The former presidential candidate championed the White House’s proposal that the U.S. government subsidize the upfront purchase price of electric vehicles to make them cheaper for consumers.

Under the president’s Build Back Better plan, EV buyers would receive a $7,500 tax credit to buy a plug-in electric vehicle and up to $12,500 for union-made U.S. electric automobiles.

Electric car makers have been advocating for these types of incentives, warning the industry would fail to reach the administration’s goal of 50 percent EV sales by 2030.

But Republicans assert that this proposal mainly benefits only the wealthy, citing Grist data that highlighted 78 percent of electric car tax credits were claimed by individuals earning more than $100,000 per year.

In recent months, Buttigieg has been making the case that drivers can avoid the high cost of gas by switching to electric automobiles, claiming that they would “never have to worry about gas prices again.”

Buttigieg, during an interview with radio show BigBoyTV, purported that the federal government is trying to reduce the cost of EVs so that more Americans can buy them and refrain from paying for gas.

He made similar comments in a November 2021 interview with MSNBC.

“The people who stand to benefit most from owning an EV are often rural residents, who have the longest distances to drive, [and] they often burn the most gas,” the administration official noted.

“So the people from rural, to suburban, to urban communities can all benefit from the gas savings of driving an EV,” the former South Bend, Indiana, mayor argued.

During a press conference alongside Japanese Prime Minister Fumio Kishida in May, Biden told reporters that pain at the pump was part of “an incredible transition” for the U.S. economy.

“[When] it comes to the gas prices, we’re going through an incredible transition that is taking place that, God willing, when it’s over, we’ll be stronger and the world will be stronger and less reliant on fossil fuels when this is over,” he said.

According to March 2022 data from Edmonds, an online automotive inventory company, the average sale price for an EV is approximately $60,000. This is in comparison to the roughly $45,000 average for all new vehicles.

In addition, studies have started to reveal the plethora of challenges facing today’s generation of EVs.

A November 2021 study by predictive analytics firm We Predict found that electric cars were between 1.6 and 2.3 times more expensive to service than gas-powered vehicles. But maintenance costs in the first year of ownership were $7 compared with $30 for gas-powered cars.

Further, cold weather can limit much of an electric car’s range, according to the American Automobile Association (AAA). The group discovered that colder temperatures could cut into a battery’s range by more than 40 percent.

An EV’s range also could be trimmed by about 20 percent if the driver turns on the air conditioner during high temperatures.

Using statistics from the Energy Information Administration (EIA), Cars.com projected that charging an electric car at home could increase the average electricity bill by 33 percent.

“The fact is that electric vehicles aren’t the best choice for everyone, even with thousands of dollars in tax subsidies for EVs and hidden regulatory subsidies making regular cars cost more,” opined Morgan.

“There is nothing wrong with choosing an EV, and if government policy let all cars compete on an equal playing field, some will do so. But why should taxpayers fund the lifestyle choices of mostly rich buyers with a $7,500 tax credit for a new car that most Americans can’t afford?”

The national average for a gallon of gasoline is $4.495, up 42 percent from a year ago, AAA data show.