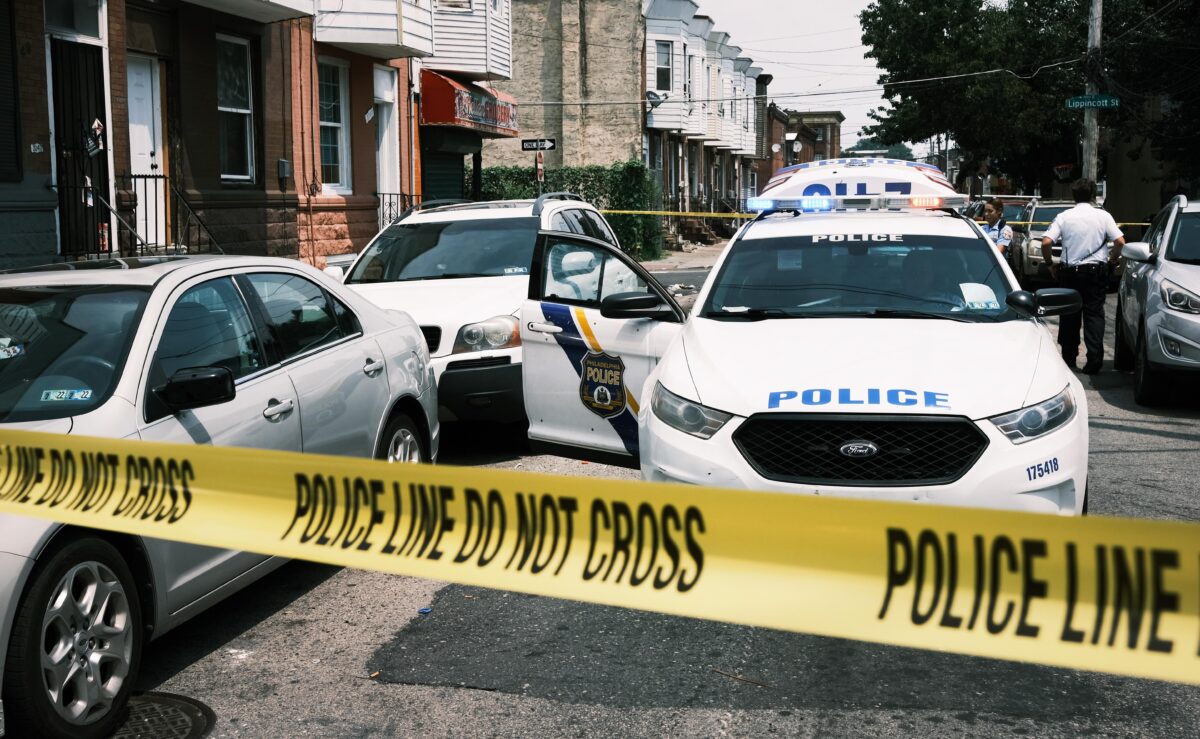 A gas station owner in Philadelphia who was tired of the crime wave sweeping the city, which impacted his employees and customers, decided to take matters into his own hands and hired a group of guards with semi-automatic guns to protect his business.

Neil Patel, the owner of Karco gas station located in North Philadelphia hired Pennsylvania S.I.T.E agents armed with AR-15s and kevlar vests. The group is reportedly made up of former Philadelphia police and state officers.

Patel tells a local media outlet he finally broke down and hired personal security after his ATM was stolen and his car was broken into.

“They are forcing us to hire the security, high-level security, state level,” Patel told FOX 29. “We are tired of this nonsense; robbery, drug trafficking, hanging around, gangs.”

One of the members of the Pennsylvania S.I.T.E Agency, Andre Boyer wrote on Instagram that carjackings at gas stations around the city had increased by more than 300 percent this year compared to 2021, quoting FBI data.

Boyer also posted, “It’s time to take back our communities and clean up our city. The plague must be met with force and fight fires with fires.”

Since hiring the guards Patel says crime and loitering in the area has dropped down to zero.

In response to the national attention regarding Patel’s hiring of guards for his gas station the Philadelphia Mayor’s Office gave this statement to The Epoch Times.

“While the City supports the decision for businesses to operate in what they deem as the best interest of their establishments, it is important to recognize that businesses also must be responsible for the actions of private individuals and the companies that they hire. We would also strongly urge any private security companies to coordinate with the professionals in our Police Department and official law enforcement agencies, as we work to respond to all public safety issues. Our Administration continues to work relentlessly from every possible angle to reduce violence and create safer communities for everyone.”

Crime Across the Country

According to data released by the FBI, the murder rate across the nation has increased dramatically over the past several years. It experienced a record single-year increase from 2019 to 2020, which was a 30 percent increase.

Most recently, per the FBI’s annual crime report in 2021, the murder rate increased by 4.3 percent. The report also concluded that The robbery rate decreased by 8.9 percent from 2020 to 2021, which “heavily contributed to the decrease in overall violent crime despite increases in murder and rape rates at the national level.”

There are some questions about the reliability of the data in the FBI’s report, however, as it excluded crime rates in New York, Los Angeles, and San Francisco.

In San Francisco in particular, data from the San Francisco Police Department says that crime has increased overall since last year, with larceny and theft seeing the highest increase.

Even top elected officials have not been immune.

The husband of House Speaker Nancy Pelosi (D-Calif.) was attacked after an intruder broke into their home in October, and during the same month, San Francisco Supervisor Ahsha Safai’s home was broken into and burglarized.

The situation has become so grave in San Francisco that there was once even an idea to deploy killer robots that, according to San Francisco Police Department Spokesman Allison Maxie would have the ability to “contact, incapacitate, or disorient violent, armed, or dangerous suspect.”

The idea was eventually reversed by city supervisors in San Francisco after many protests.

The same spike in crime seems to be occurring in New York City, where a 47-year-old man walking down the street in Upper Manhattan was randomly struck in the head with a baseball bat and there have been multiple reports of attacks on the subway.

“Crime in New York City continues to spiral further and further out of control, and so-called “leaders” in Albany and New York City refuse to pursue any corrective action or change in policy that would reverse this dangerous trend,” said Congressman Lee Zeldin (R-N.Y.) in an op-ed on his website. “The New York City Police Department’s (NYPD) monthly crime statistics show a more than 30 percent increase in overall crime in June 2022 compared to June 2021. This crime included robberies up 31.6 percent, a 17.3 percent rise in felony assaults, and grand larcenies skyrocketing by 41 percent. The crisis of rampant crime on the city’s subway system also continued with transit crime rising by nearly 41 percent.”

There has been a lot of back and forth across the nation about what to do given the dramatic rise in violent crime in some areas.

The website defundthepolice.org makes an argument that reducing the number of police officers and increasing access to mental health services would reduce violent crime.

“One common refrain in opposition to defunding the police assumes that our society will not be able to effectively respond to violent crime. But we have to remember that police do not prevent violence. In most incidents of violent crime, police are responding to a crime that has already taken place,” the website states. “By defunding the police, significant resources can be reallocated to create a new community emergency services to support the mental health needs of our vulnerable community members. Teams trained in de-escalation and who root their work in community-informed practices could provide crisis support and care.

It’s an idea that seems ludicrous to lawmakers like Rep. George Murphy (R-N.C.) who introduced legislation that states any member of Congress who supports such an idea should have their private security stripped of taxpayer dollars.

“My resolution condemns any calls made by a member of Congress to ‘defund the police’ and asserts that those lawmakers should not be permitted to use federal funds to pay for their security. Our law enforcement officers sacrifice so much for our nation. We must always back the blue and fearlessly stand in opposition to those who hypocritically threaten peace and our rule of law,” Murphy stated.

The idea of defunding the police has even grown out of favor at the top of the food chain in the Democratic Party. During his 2022 State of the Union Address President Joe Biden repeatedly said the idea to defund the police was the wrong approach to take in reducing violent crime.

Whether the solution is “killer robots,” armed security guards at gas stations, or just practicing common sense; one thing is for certain, and that is violent crime was a major issue in the 2022 mid-term elections and will continue to weigh heavily on Americans’ minds in the future.

Joe Gomez is an award-winning journalist who has worked across the globe for several major networks including: CBS, CNN, FOX News, and most recently NBC News Radio as a national correspondent based out of Washington. He has covered major disasters and worked as an investigative reporter in many danger zones.