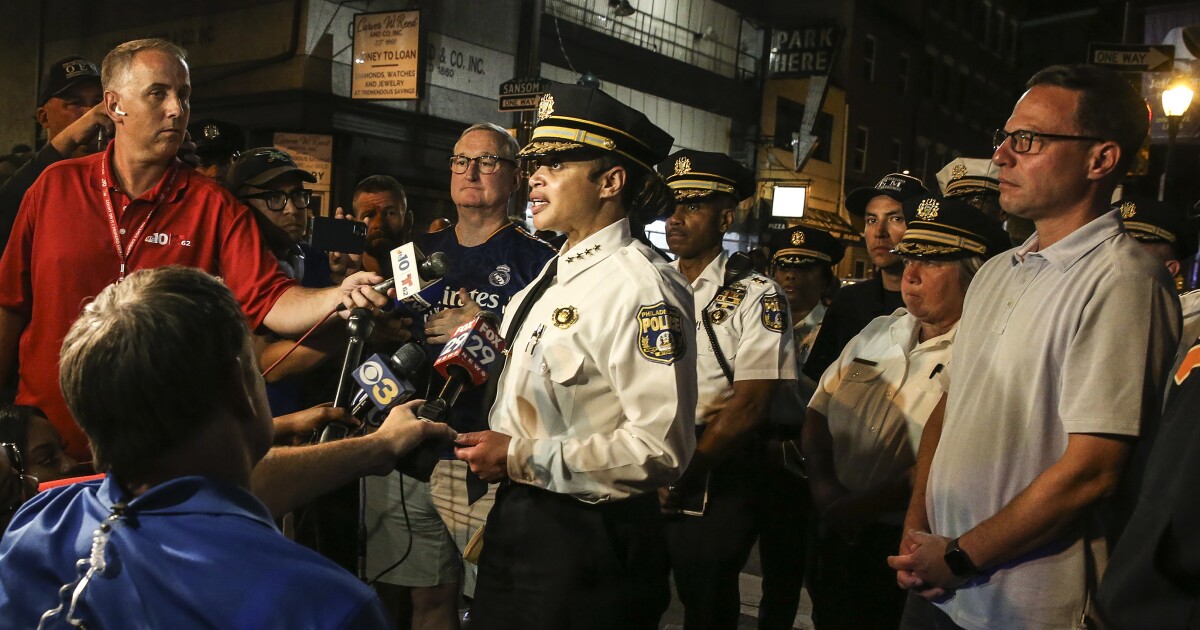 Philadelphia Mayor Jim Kenney said Tuesday that he would be happy when he leaves office, just one day after a shooting injured two police officers during the city’s Fourth of July festivities.

Kenney, a Democrat elected in 2015, said the recent increase in gun violence across the country has left him constantly worried about shootings occurring at major city events.

Kenney said he was determined to find a solution to the city’s gun violence.

“We will continue to do everything we can to combat our city’s gun violence, including taking a record number of guns off the streets, but we are fighting an uphill battle,” Kenney said. “We are pleading with lawmakers to help us stop the flow of guns into our city.”

But the comments attracted backlash from some lawmakers, with even some members of his own party calling on him to resign.

“We are all exhausted by the level of gun violence in our City. However, our City needs someone now with the passion and vision to lead us forward. Resign,” tweeted Councilman Derek Green, a Democrat.

Monday’s shooting in Philadelphia, one of two high-profile mass shootings that occurred in the United States that day, took place outside the city’s art museum. Two officers were wounded after they were grazed by bullets on their heads and shoulders. Both officers were released Tuesday morning, Kenney tweeted.

A separate mass shooting occurred in Highland Park, Illinois, on Monday morning, killing six people and wounding at least 38 others during the city’s Fourth of July parade.