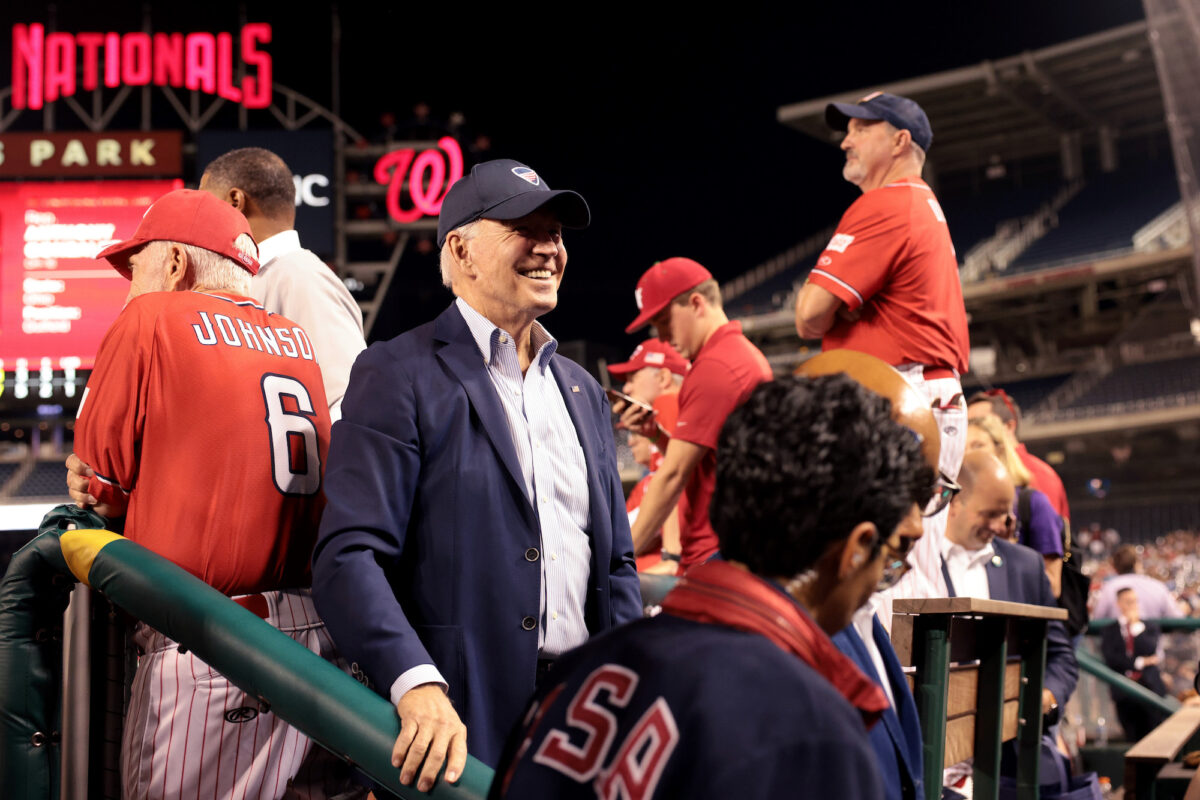 Three climate protestors were arrested on Thursday during the 87th Congressional Baseball Game and fundraiser after blocking an entrance to the Nationals Park in Washington D.C.

The game, a long tradition in Washington, had attracted numerous climate change groups who demanded more immediate action on related issues. Several of these activists gathered at the center of the field entry gate, attempting to disrupt people who wanted to enter the stadium.

The police formed lines, separating attendees and demonstrators. The three activists were arrested and charged with unlawful entry, according to the Metropolitan Police Department.

On July 27, Tom Manger, chief of the United States Capitol Police which is the primary agency tasked with protecting Congress members, announced that they were aware of protestors planning to hold demonstrations at the game.

Some protestors were sitting outside the stadium, chanting slogans like “Shut it down.” Two people in a different area were taken into police custody. It is unclear whether they were among the three arrested activists.

Those who spoke at the demonstration demanded President Joe Biden declare a climate emergency and blamed the administration for giving priority to corporate interests.

Before the game began, Sen. Joe Manchin (D-W.Va) reached an agreement with Senate Majority Leader Charles Schumer (D-N.Y.) on a spending package, with most of the new spending focused on clean energy and combating climate change.

The package will include $369 billion in spending on climate change and energy security. Manchin had earlier said that he would not support climate change investments, fearing that it would worsen inflation.

After the deal was announced, some of the protestors pulled off from the demonstrations while others dismissed the agreement.

“It’s just branding,” activist Reilly Polka said of the Senate agreement to The Washington Post. “When you read it, they’re just giving more subsidies to oil. It looks like a really good thing, but it’s not enough … What we need is not what Joe Manchin believes we need to do with our future, but a system change.”

In an interview with Fox News, Rep. Tom Emmer (R-Minn.) the chair of the National Republican Congressional Committee, called the deal “Democrats’ latest desperate attempt” to make voters forget about the “record high prices” for everything, and that Democrat policies are “directly to blame” for the present economic situation.

Meanwhile, the game was won 10–0 by Republicans. Historically, the Republicans are leading the series with 42 wins, with Democrats registering 41 wins.