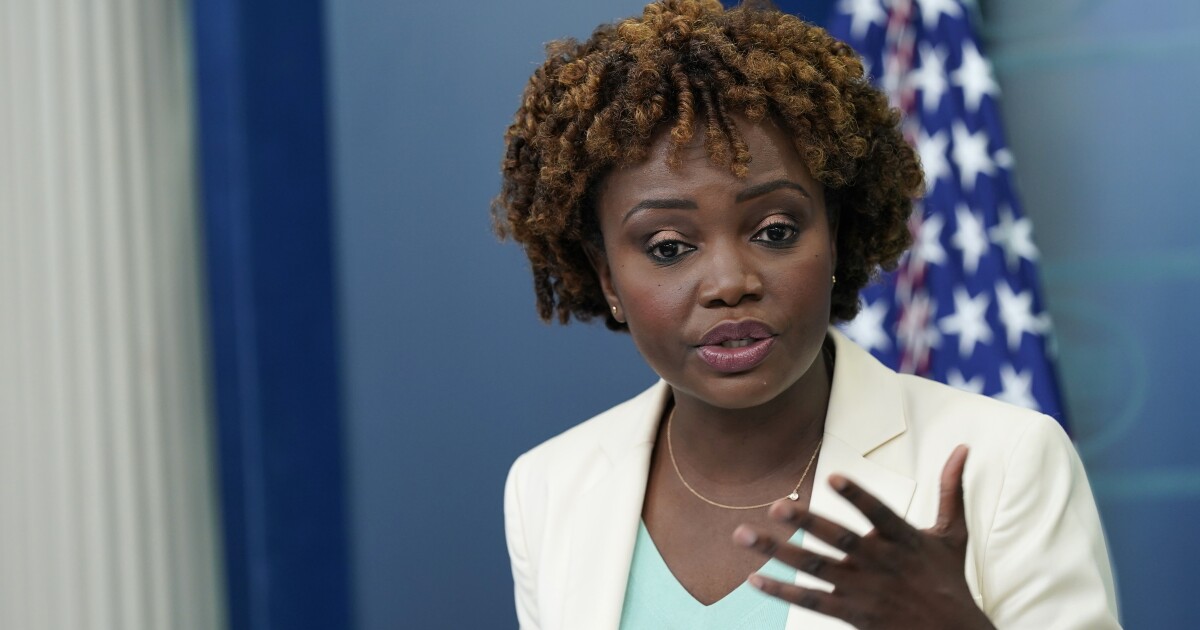 The White House did not state a clear position on a bipartisan bill that would enshrine federal access to abortion when asked about it Wednesday, saying instead that Congress should “take action to restore the protections of Roe as federal law.”

The bill, known as the Reproductive Freedom For All Act, was introduced by Sens. Tim Kaine (D-VA), Lisa Murkowski (R-AK), Kyrsten Sinema (D-AZ), and Susan Collins (R-ME) on Monday and would “enact in federal law the essential holdings of Roe v. Wade,“ according to a joint statement.

A reporter asked White House press secretary Karine Jean-Pierre about the bill on Wednesday, noting that it would bar states from enacting pre-viability abortion bans while allowing for some abortion restrictions after viability.

“Does President Biden consider that a satisfactory standard?” the reporter asked.

“I know that was introduced,” Jean-Pierre responded. “The president has been very clear on this. The only way to secure a woman’s right to choose is for Congress to take action to restore the protections of Roe as federal law. That is how we’re going to do this in a blanket way — so that women’s rights for reproductive health is really protected.”

Abortion was considered a constitutional right under the standard established by Roe in 1973. But that case was struck down this summer in the landmark Dobbs v. Jackson Women’s Health Organization ruling.

Biden and other administration officials have not said firmly whether they support any restrictions on abortion after viability, and polls show there is some confusion among the public about what the Roe standard means from a legal standpoint.

That debate extends to Congress, where Sen. Elizabeth Warren (D-MA) said she opposes the Reproductive Freedom For All Act because it “does not codify Roe.”

Nonetheless, Jean-Pierre said there is widespread support among voters to codify Roe.

“[Biden] stands ready to work with Congress to pass a bill that does exactly that,” she said. “And it’s not just him. It’s a majority of the American people who believe this. They believe that a woman’s right to choose should be their right. So again, we’re going to continue to work with Congress. I don’t have anything specific to say about that particular legislation.”