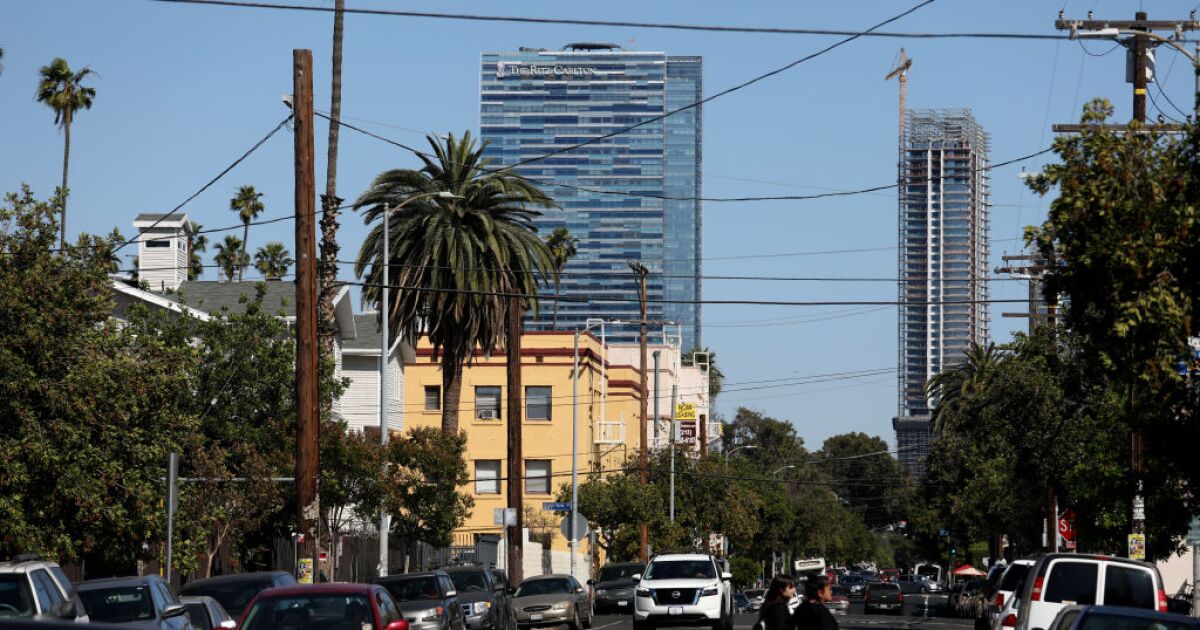 The anti-abortion protester who goes by the title “Pro-Life Spider-Man” has swung back into the news again, drawing the attention of web users for his latest stunt of apparently scaling the Ritz Carlton tower in Los Angeles.

The protester, whose real name is Maison DesChamps, posted a video of himself climbing the tower at approximately 11:50 a.m. EST, saying he was scaling the building to help raise money for a mother who had scheduled an abortion. DesChamps explained that the mother, whom he referred to as Olivia, had accepted to receive help from Let Them Live, an anti-abortion organization that he serves as an ambassador for, and that the organization is now raising money for her to help her pay rent and fix her vehicle.

“Sometimes, you know, it’s that easy,” DesChamps said in his video. “That all they need is just a little bit of financial support, [and then] they are willing to choose life.”

DesChamps has served as an ambassador for Let Them Live since June, and he has raised over $30,000 for the organization since then, Emily Berning, the organization’s president, told the Washington Examiner.

The Ritz Carlton tower measures about 667 feet tall and has a total of 54 floors. Local outlet Traffic News Los Angeles reported that a protester was climbing the tower at 12:19 p.m. EST, with an assistant of DesChamps confirming to the Washington Examiner that this protester was DesChamps. The Los Angeles Police Department told the Washington Examiner that the protester had climbed to floor 30.

BREAKING – A protester is currently scaling the Ritz Carlton tower in DTLA
We have a photographer on the way to the scene – Olympic BL shut down pic.twitter.com/0xp0UcWW8W

LAPD Central Area reported that officers negotiated with “a person suffering from a mental illness” and that the protester is receiving treatment as of 1 p.m. EST.

Central Officers negotiated with a person suffering from a mental illness and we are happy to say the person is now receiving treatment. No officers were injured during the negotiations. https://t.co/HXTph4th5H

DesChamps has made a name for himself by climbing tall buildings across the United States. He ascended to the top of the 844-foot-tall Devon Tower in downtown Oklahoma City, the tallest tower in Oklahoma, in June. In May, DesChamps scaled the 60-floor Salesforce Tower in San Francisco.

Let Them Live teased that DesChamps will be making some media appearances on Wednesday regarding his latest stunt, the organization told the Washington Examiner.