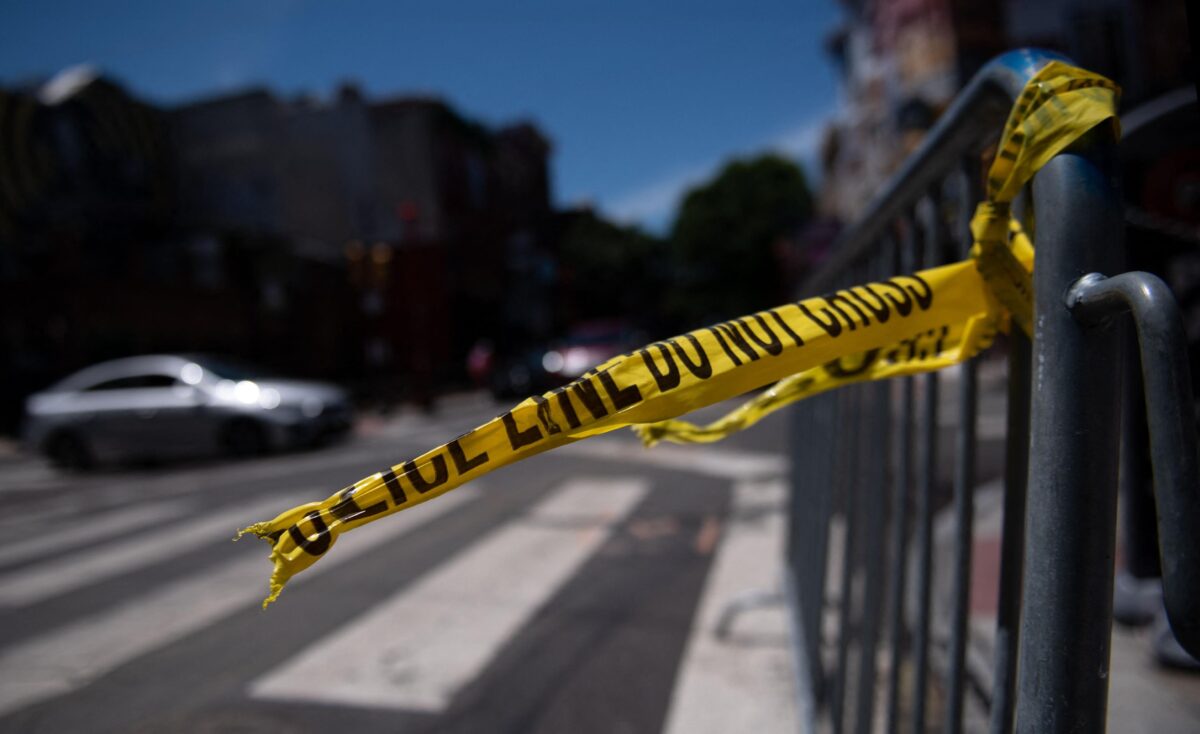 A new breed of local prosecutors has taken District Attorney offices around the country by storm in a coordinated campaign that is tearing at the foundations of American justice system. The ideology that underpins their agenda is antagonistic to the traditional conception of criminal justice and, if taken to its logical conclusion, demands its destruction, several experts told The Epoch Times.

Such DAs have been variously called “rogue prosecutors,” “de-prosecutors,” or “Soros prosecutors,” based on the fact that progressive billionaire George Soros has prolifically funded their campaigns and support structures. They started to enter the scene around 2014 and have quickly become a major power block, controlling at least 75 DA offices with jurisdiction over one in every five Americans, including half of the country’s 50 most populous cities, according to research by Sean Kennedy, a criminal justice expert at the Maryland Public Policy Institute, a liberty-oriented think tank.

“They believe that the criminal justice system is excessively punitive and racially biased and that it is irredeemable,” he said. “And so they’re trying to undermine it from the inside.”

The “rogue prosecutor movement” traces its roots back to the “prison abolition movement,” according to Zack Smith, former federal prosecutor who’s been writing extensively on the phenomenon as a legal fellow at the Heritage Foundation, a conservative think tank.

“There is actually a movement; it’s a Marxist movement that believes we should abolish prisons in the United States,” he said.

“Many members of this movement … bought into the idea that our criminal justice system is systemically racist, that we have a problem with mass incarceration, we arrest too many people, incarcerate too many people. And so because of that, they want to lower prison population and they want to basically make many, many things that have traditionally been crimes either not be crimes or make the punishment for them very minor, like a speeding ticket, civil infraction.”

Proponents of this idea, however, must have been aware that it would be very difficult to convince legislators to enshrine such a policy in law, Smith suspected.

“What is very clever about what George Soros and others figured out is, rather than doing the hard work of getting the legislature to actually change the laws, decriminalize certain things, … they figured out they can elect District Attorneys to office,” he said.

“And if the DA won’t prosecute crimes, they won’t seek sentencing enhancements. It doesn’t matter how many arrests the police make, the criminal won’t be held accountable.”

The most common tactics of the DAs include establishing policies to not prosecute entire segments of crimes, such as theft under a certain threshold and non-violent offenses more broadly, as well as undercharge crimes to avoid mandatory minimum sentences. They also tend to avoid charges that would lead to “immigration consequences,” meaning serious charges that could trigger deportation of a criminal alien, according to Kennedy.

“Victims are particularly ignored and disregarded by these offices,” he noted.

Efforts of the DAs are sometimes amplified by state or local legislations that make it more difficult to put a criminal behind bars, such as by preventing judges from setting a bail.

Implementation of the policies tends to coincide with increases in crime, though not necessarily across the board or right away. It appears it sometimes takes some time for criminals to learn the ropes of the new regime. Sooner or later, however, they start to take advantage of it, several experts have pointed out.

The policies also tend to demoralize police, who may see their work as pointless if, upon arrest, the suspect is quickly back on the street.

“Taking somebody to jail is a hassle because you have to get off your beat, get them in a car, take them down to booking, potentially spend hours filling out paperwork, all for what?” said Thomas Hogan, an adjunct fellow at the conservative Manhattan Institute and former federal prosecutor.

Some departments have simply ceased to arrest people for the crimes they know won’t be prosecuted anyway, he said.

There are exceptions, though.

In New York City, crime has increased but arrests have gone up too. That’s because the NYPD deals with five different DAs, one for each borough, according to Hogan. Manhattan DA Alvin Bragg falls into the Soros-backed ranks, but the other ones are not necessarily onboard with the de-incarceration agenda—or at least not to the same extent. Moreover, the NYPD is large and powerful enough that they “do their own thing,” Hogan said.

To some extent, the influx of Soros-backed DAs has “caught pro-public safety organizations, individuals, and the public off guard,” Kennedy said.

Soros, however, went in with duffle bags of money.

“Giving a million dollars to a local DA candidate, what has occurred here in Northern Virginia, and millions of dollars to Philadelphia and Chicago and New York and Los Angeles … that is unprecedented and almost unfathomable.”

Over the past decade, Soros and groups he substantially funds dished out over $40 million in direct spending on DA campaigns, according to a June report by the Law Enforcement Legal Defense Fund (LELDF), a Virginia-based nonprofit, which Kennedy co-authored (pdf).

Before any formidable opposition could mobilize, Soros-backed candidates were sweeping up elections left and right.

“He caught people off guard because nobody expected anyone to do that,” Kennedy said.

Soros didn’t stop at just funding the campaigns. He also wrote checks to progressive nonprofits, which then provided comprehensive support to the DAs.

The LELDF report claims that over 500 political action committees (PACs), 501(c)(4) social welfare nonprofits (sometimes called “dark money” groups), and 501(c)(3) charities tied to or funded by Soros are engaged in his criminal justice agenda. They “conduct research, provide technical training, and conduct advocacy campaigns” in support of the agenda in general and the DAs in particular.

The Brennan Center for Justice and Vera Institute of Justice, for example, would issue papers backing the progressive DAs and their policies. Fair and Just Prosecution would provide training and perks, such as hosting “domestic and international junkets” for the DAs, the report says. The Partnership for Safety and Justice, meanwhile, stands for a coalition of other groups that back the DAs through on-the-ground advocacy, lobbying, and media campaigns to create a perception of public support, Kennedy said.

The groups form “a constellation that operates in tandem but independently of each other” and a “self-reinforcing ecosystem,” he said.

One of the cornerstones of the progressive prosecutor ideology is the argument that the American system of justice is racist because it leads to a greater proportion of black people in the prison population.

But the argument is “misstated,” according to Hogan.

“The proportion of people who go to prison should be reflective of the people who are offending,” he said.

“The only logical way to get the prison population to exactly reflect the racial proportions of the United States, it would be to let some guilty people go free or to lock up some innocent people,” Hogan said.

Based on that argument, the Asian population would be “tremendously underrepresented in prisons,” he noted.

“Is our response that we need to lock up more Asians? It can’t be. But it’s the logical conclusion of this racial proportionality argument regarding crime.”

Advocates of the race argument counter that black people may offend more often because they are driven to it by a system of law and culture that is fundamentally constructed to put black people at a disadvantage.

The logical conclusion of such an argument is that the American culture and its institutions, including the whole justice system, need to be fundamentally recreated based on a different set of values.

But it may follow, then, that the current system and culture need to be razed first, which may explain why the “rogue prosecutors” seem to be unfazed in their convictions even when facing carnage in their jurisdictions.

“There’s definitely a subterfuge or sabotage component to it,” Kennedy commented. “They want to sabotage the criminal justice system and remake the world anew in their own ideological image. And it’s proving to be utter disaster.”

Not all progressive DAs are necessarily true believers willing to take their policies to their ultimate ends, according to Hogan.

“There are … prosecutors who are simply riding a political wave and who are seeing that these policies are popular,” he said, expecting that “they will change their minds and change their policies if they’re not popular anymore.”

Some may also have a genuine change of heart.

“There are some people who have been lured into this ideology and received the support of George Soros and his groups, and have turned their back on him,” Kennedy said.

George Soares, the DA in Albany, New York, “was one of Soros’s first funded candidates” but later, apparently, went off script and returned to a more traditional law enforcement philosophy, according to Kennedy.

Kim Ogg, the DA in Harris County, Texas, which covers Houston, “was one of the first members who went to the Fair and Just conferences” and “hosted them even in Houston,” he said.

In the past few years, however, she’s criticized some parts of the progressive policy agenda, including bail reform.

Another common argument among leftist progressive activists is that the United States puts too many people behind bars.

America indeed sports of the highest incarceration rates in the world. But simply letting criminals off the hook is not a solution, according to Smith.

“It’s not first-time, low-level, non-violent drug offenders who are sitting in prison. It’s repeat violent offenders. And so when you hear someone say they want to reduce the prison population substantially, that necessarily means releasing people who have committed very violent crimes; crimes like rape, robbery, burglary, even murder in some cases,” he said.

About 4 percent of inmates are behind bars for drug possession as their most serious offense, according to data from the Department of Justice and the U.S. Sentencing Commission (pdf, pdf).

In state prison systems, which house nearly nine out of every 10 inmates, almost 60 percent were serving time for a violent offense, and another 12 percent for a burglary or a weapons violation at the end of 2019.

In federal prisons, about 45 percent of inmates currently serve time for a drug crime—mostly trafficking.

Since reported property crimes outnumber violent ones about five to one, the numbers indicate that offenders are already unlikely to spend much time in prison for a non-violent offense.

Countering the progressive DAs is no easy task, according to Kennedy, who’s personally helping with one recall effort in Northern Virginia.

“If you have a lot of money and strong ideology, convincing that narrow subset of voters that your policies are just or working, or [that you] just need more time or whatever, is very easy to do.”

Indeed, a number of the Soros-backed DAs have easily sailed through reelections already, though they did so “before crime really got out of control,” Kennedy said.

“We will see what happens in the next few years if crime stays elevated, especially in these jurisdictions, if the public gets sick and tired of it.”

In recent years, though, there has been some successful resistance to the progressive DAs.

In Suffolk County, Massachusetts, a more law-and-order-minded DA won against the Soros-backed candidate in the Democratic primary, de-facto guaranteeing her election.

In Little Rock, Arkansas, a Republican defeated the Soros-backed Democrat for the Pulaski County DA office.

On the other hand, Soros-backed candidates won in Portland, Maine, and rebuffed a challenger in Burlington, Vermont, earlier this year.

Still, Soros’s success rate has dropped significantly, according to Kennedy.

“Finally, the tide is turning where these Soros prosecutors don’t just waltz into office every time they go on the ballot,” he said.

“When there’s organized opposition—and a good candidate to be honest—to oppose the Soros prosecutor, then we’re seeing success.”