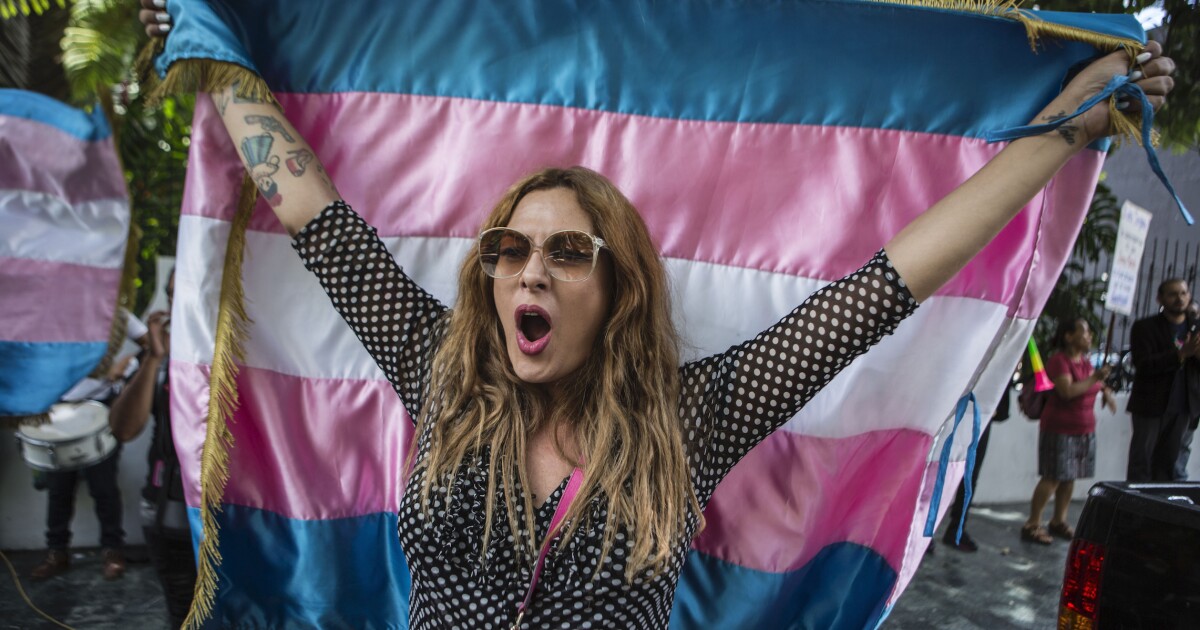 Pro-transgender protesters infiltrated a press conference that was held in support of an 80-year-old woman who was banned from her local YMCA for confronting a biologically male employee who identifies as a transgender woman in the women’s locker room.

Julie Jaman spoke at the press conference Monday to defend her position on transgender employees in locker rooms after losing her YMCA membership at the local Washington pool. RevFoxxUSA founding member Amy E. Sousa organized the event, titled “Let Julie Swim,” and reported that protesters began heckling her and Jaman as they spoke. Sousa claimed she’d tried to protect Jaman from the swarm by calling police ahead of the event.

“We called them ahead of time to make sure that they would be there to keep the peace,” fellow RevFoxxUSA founding member Gabrielle Clark said. “They assured us that they would. We told them that there would be mostly seniors, police did nothing. They let the mob attack senior citizens. They could have kept the peace but they hid around the corner.”

“All kinds of men were assaulting us and crawling between our legs,” Sousa said. “They continued to move in on us closer and closer until we were pinned against the wall. They were touching us and stealing our things, trying to turn off our sounds, trying to disrupt our equipment.”

Sousa claims at least one of the members who attended the event plans to file charges against the protesters.

Jaman was showering in the women’s room in July when she heard a male voice and saw an individual “looking at the little girls as they were taking off their suits,” she said. The individual was identified as Clementine Adams, a supposed pool employee. Jaman left the showers and informed Rowen DeLuna, an aquatics manager, of the situation. Rather than sympathizing with the elderly woman, DeLuna banned her for “discriminating,” according to Jaman.

The live press conference received hundreds of views on Facebook.