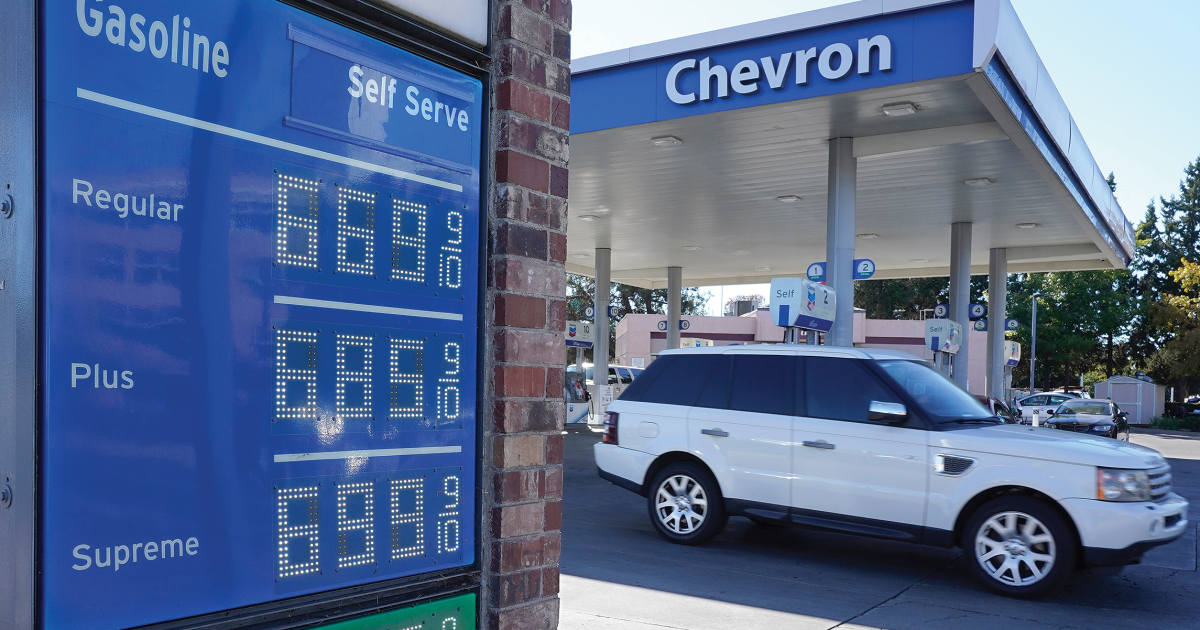 One of the leading indicators for people voting Republican in the midterm elections is concern about rising gas prices.

Rising pump prices have been a persistent line of criticism about President Joe Biden’s administration by his political opponents. For instance, Sen. Ted Cruz (R-TX) stated in June, “Perhaps the most painful driver of inflation has been the skyrocketing cost of gasoline at the pump. When Joe Biden took the oath of office, the average retail price of gasoline was $2.38 a gallon. Today, it is $4.23 a gallon. In some parts of the country, the price has crossed $6.90 a gallon.”

Cruz further alleged that this was “not an accident.” Nor was it “principally the result of the war in Ukraine.” Rather, the price spikes commuters were seeing were “the result of the Green New Deal zealots in the Biden administration. They told the American people they would do this. And they kept their promise. And now, the Democrats have discovered they have a problem.”

The Green New Deal was a series of resolutions and bills that did not pass Congress. But in a broader sense, it is a way of speaking about politicians who prioritize the concerns of environmentalists above consumers.

Former President Donald Trump’s administration generally loosened up energy extraction opportunities wherever possible. The Biden administration has advertised a different, greener set of priorities, though it hasn’t always followed through on those priorities.

The House of Representatives looks to be within easy reach of a Republican majority at this juncture. The Senate, meanwhile, has for almost two years been balanced at 50-50, with Vice President Kamala Harris adding her tiebreaking vote to give the president’s party control of the chamber.

Lots of issues could tip the balance toward a Senate Republican majority, which would greatly complicate the Biden administration’s legislative agenda for the latter two years of his term. Will gas prices be that issue?

Some analysts have pointed out that Biden isn’t the first president to be bedeviled by rising gas prices. Fellow Democratic President Jimmy Carter faced rising gas prices in 1979 and mishandled the issue badly. Carter spoke of dependence on Middle East oil and the problem of oil consumption by Americans. This came on top of the Carter administration’s work to lower the national speed limit to 55 miles per hour. Americans did not embrace Carter’s approach to the gas issue and soundly rejected the Georgian in his 1980 quest for reelection.

Biden boosters, however, are apt to point out that some of the Republicans’ more dire warnings about pump prices haven’t exactly panned out. True, prices hit record highs this summer, according to AAA data, but the trend didn’t continue indefinitely. Prices started to come back down, briefly reversed, and then headed back down again. As of this writing, the national average was $3.85 for a gallon of regular unleaded.

These price drops were helped along by the switch to the winter blend of gasoline, which is cheaper, and also by less overall activity because of recession fears. Additionally, the Biden administration has injected more barrels of oil into the system by tapping the nation’s Strategic Petroleum Reserve.

Critics have cried foul over the administration’s reserve usage. “Now, he is using that to keep prices down as much as he can just before an election,” Trump charged at a September rally in Youngstown, Ohio.

That may be true, but the total dimension of reserve barrels injected into America’s oil economy thus far has not been as outsize as the raw numbers minus context could lead many to believe.

After all, it was announced on Oct. 18 that the Biden administration was expected to release an additional 14 million barrels from government stocks. It’s true that 14 million barrels may sound like a lot of oil. And by many measures, it is. However, total oil consumption by the American economy ran to “an average of about 19.89 million barrels of petroleum per day” in 2021, according to the Energy Information Administration.

Granted, close to a day’s supply of oil could help dilute prices. Yet, in the larger scheme of things, this move is more likely to be a drop in the bucket. Oil has become more expensive under the Biden administration than it was under his predecessor. Polls indicate this will be a top issue weighing on many voters as they cast their ballots.