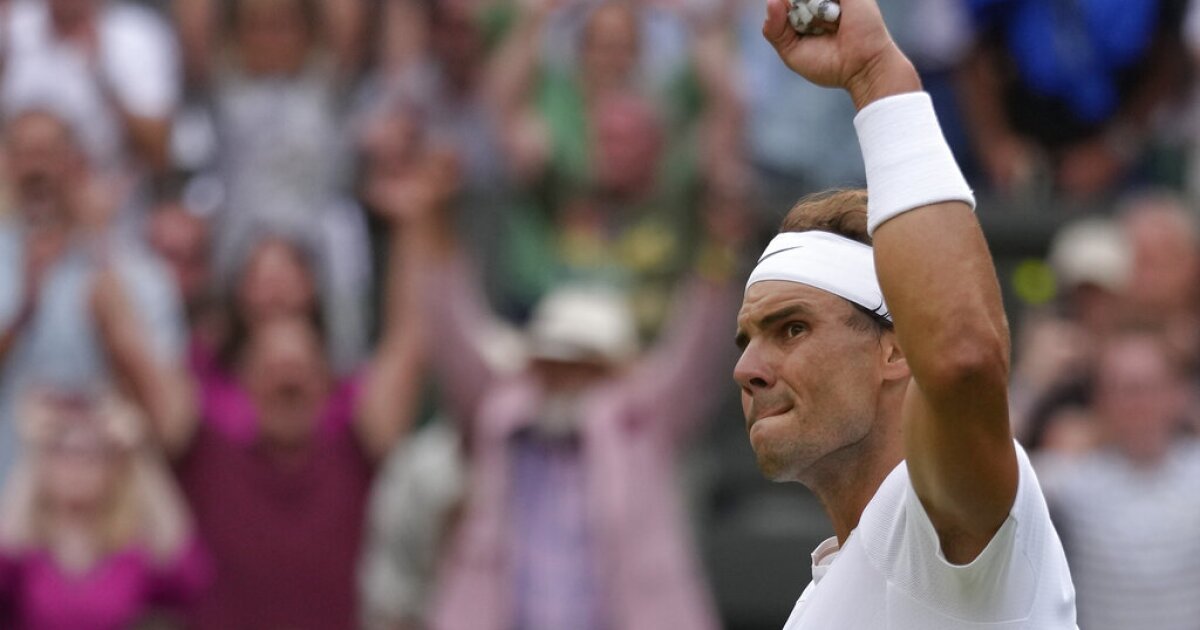 Rafael Nadal pulled out of his semifinal match against Nick Kyrgios at Wimbledon after suffering an abdominal injury in the quarterfinals.

The Spanish tennis player, who has two Wimbledon titles, was ranked as the No. 2 seed.

RUSSIAN AND BELARUSIAN TENNIS PLAYER ALLOWED TO COMPETE IN US OPEN

“Unfortunately, as you can imagine, if I am here, it’s because I have to pull out from the tournament,” Nadal told reporters Thursday.

Nadal aggravated a torn muscle in his abdomen while playing Taylor Fritz in the quarterfinals Wednesday, though he went on to a five-set win.

Nadal won the first two Grand Slams of the year, the Australian Open and the French Open, and was aiming for a 23rd Grand Slam title.

Nadal withdrawing from the competition means 27-year-old Australian Nick Kyrgios will advance to the finals for the first time in his career. He will face either Novak Djokovic or Cameron Norrie in the championship set for Sunday, depending on who wins their match.