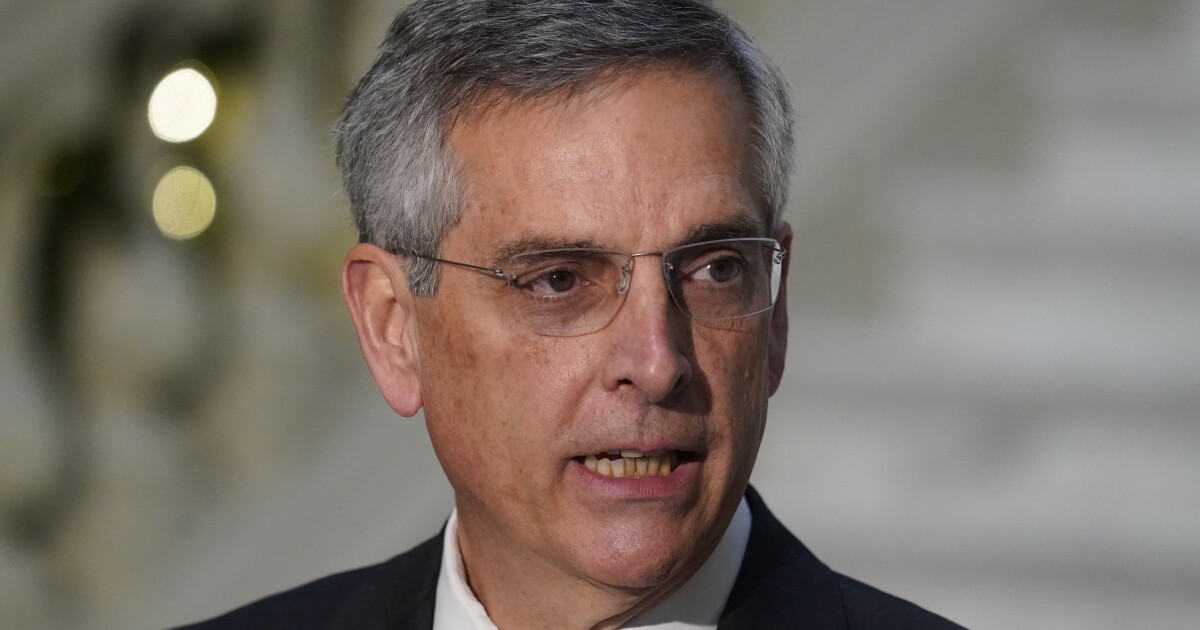 Georgia Secretary of State Brad Raffensperger‘s office has opened an inquiry into whether the state Democratic Party flouted a state election law, according to a new report.

His office is reviewing whether a Democratic Party field building near Atlanta that opened in May is too close in proximity to a nearby polling center, a possible violation of a state election law mandating a 150-foot minimum distance, a spokesperson told Fox News.

“The law in question in Georgia is pretty plain,” Jason Snead, executive director of the Honest Elections Project, told the outlet. “At the very least, what they’re doing is bending the rules, or maybe taking a tape measure and saying, ‘We’re 151 feet away.'”

The field office, located in Sandy Springs, Georgia, is positioned close to Sherwood Event Hall, which was recently used for voting in the primary and runoff elections in the Peach State.

Georgia law prohibits electioneering within 25 feet of a voter, according to Snead. Electioneering laws are intended to prevent improper influence on voters casting their ballots, Republican state Rep. Barry Fleming told the outlet.

Still, the state Democratic Party has defended the location of the field office.

“The Democratic Party of Georgia has complied, and will continue to comply, with all Georgia election laws leading up to the November 2 election,” a spokesperson told the outlet.

Sherwood Event Hall is also expected to be used in the midterm elections. The nearby Democratic office has been decorated with signage supporting Democrats, such as signs saying, “Vote for Dems!” per the outlet.

Democrats have been fiercely critical of Republicans’ more recent efforts at election reform, arguing the legislation would hamper the ability of minorities to cast their votes. The Left slammed an election law that cleared the Republican-led state legislature and was signed into law by Gov. Brian Kemp last year. The bill was intended to strengthen election integrity and curtail undue influence on voters.

The Washington Examiner reached out to representatives for Raffensperger’s office and the state Democratic Party for comment.