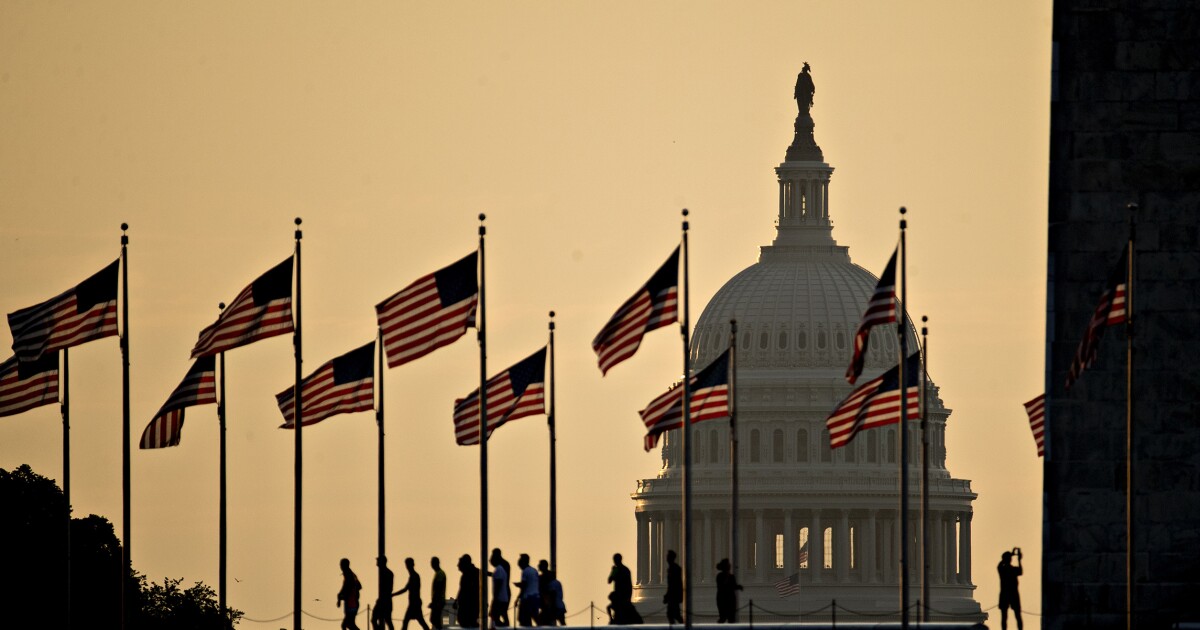 Businesses are hoping to broker an agreement in the lame duck to avoid losing a prized tax break through the first of many major changes to the tax code scheduled by the 2017 Trump tax overhaul for a future that has now arrived.

A top priority for corporations for the end of the year is the reinstatement of the full deduction for research and development (R&D) expenses.

INFLATION DECLINES TO 6% IN OCTOBER, ACCORDING TO KEY GAUGE WATCHED BY FED

If Congress doesn’t act, companies instead will have to amortize R&D expenses over five years — a provision included in the 2017 Tax Cuts and Jobs Act that offset some of the tax cuts.

A lot is at stake. Legislation to permanently allow the immediate deduction of R&D expenses would cost the government more than $200 billion over the next 10 years, according to the nonpartisan Tax Foundation.

The reversion has bipartisan support, as businesses have long had the ability to write off spending on R&D — a tax policy thought to boost innovation and economic growth. The change was even included in the failed Build Back Better legislation. But Democrats may try to extract a price for going along with it.

What is the issue?

The 2017 Tax Cuts and Jobs Act, better known as the Republican or Trump tax cuts, was a historic piece of legislation that was the crowning tax policy achievement for former President Donald Trump and the most sweeping changes to the tax code enacted by Republicans in the past two decades.

The law is perhaps best known for lowering the corporate tax rate from 35% to 21%. It also implemented a wide range of changes to individual taxes, including lowered tax rates, a larger child tax credit, and a nearly doubled standard deduction.

All the changes to individual taxes, however, are set to expire at the end of 2025.

And other changes are due even before then under the law, including the update to the treatment of R&D expenses.

Starting this tax year, companies will have to amortize R&D expenses if Congress does not retroactively change the law — meaning that they will face a higher tax burden.

That would be a significant change in policy. Fully deducting R&D expenses has been the norm in the United States since the 1950s, Garrett Watson, a senior policy analyst at the Tax Foundation, told the Washington Examiner. He said that is the typical treatment internationally as well.

“What does that mean? It means that over those five years firms will have a higher taxable income than they otherwise would and they will be paying more in taxes over each of those five years,” Watson said.

Those in favor of a legislative fix argue that spreading out the deduction over five years, instead of it being immediate, indirectly raises the cost of investing in R&D because the value of a deduction is worth more today than a deduction down the road.

Watson said the inflation consideration is particularly worthwhile if prices remain elevated because in five years the value of a nominal deduction will be a lot less than it would be today.

Who supports repealing the change?

The corporate world is itching to get the change reverted before the end of the legislative session and is pushing Congress to act on the matter before the new caste of lawmakers is sworn in.

This month, 178 chief financial officers from U.S. companies sent a letter to members of Congress saying that the change requiring amortization will result in job loss and make U.S. companies less competitive internationally. They also argued that it would stifle domestic innovation.

“On a level playing field, the U.S. can compete for R&D investment with any country in the world,” the letter read. “Unfortunately, the current playing field is tilted against the U.S., and every day this policy continues to be in place makes it harder for the U.S. to remain a global leader in innovation.”

While reverting back to immediate deductibility has courted bipartisan support, some Democrats may be hoping to use the change in order to exact concessions — specifically, the reinstatement of the expanded child tax credit.

Democrats want to return the credit to where it stood last year when it was temporarily enlarged as part of President Joe Biden’s COVID-19 relief legislation, the American Rescue Plan.

The expansion offered families $3,600 for children under 6 and $3,000 for older children, and removed an income threshold for those who receive the funds. Thus, a family with no income or head of household working would also receive the full $3,600 or $3,000 payments.

By removing the income threshold, Biden made many more impoverished families eligible for the benefits than prior to its expansion. Republican critics claim that the lack of the requirement of earnings and the switch to monthly direct payments amounted to welfare without work requirements.

The expanded version of the child tax credit expired at the start of the year, and now Democrats are hoping to revive it and get it passed in return for agreeing to business tax measures like immediate deductions for R&D expenses.

Extending the enlarged tax credit would be a much more expensive provision — $1.3 trillion over 10 years, according to Watson, versus roughly $213 billion for permanently canceling the switch in deducting R&D expenses.

“What that means is they’re going to have to think of some more incremental expansion or change short of that full expansion if they want to get a deal that’s anywhere close to relative size, otherwise it’s hard to see that coming together,” Watson said.