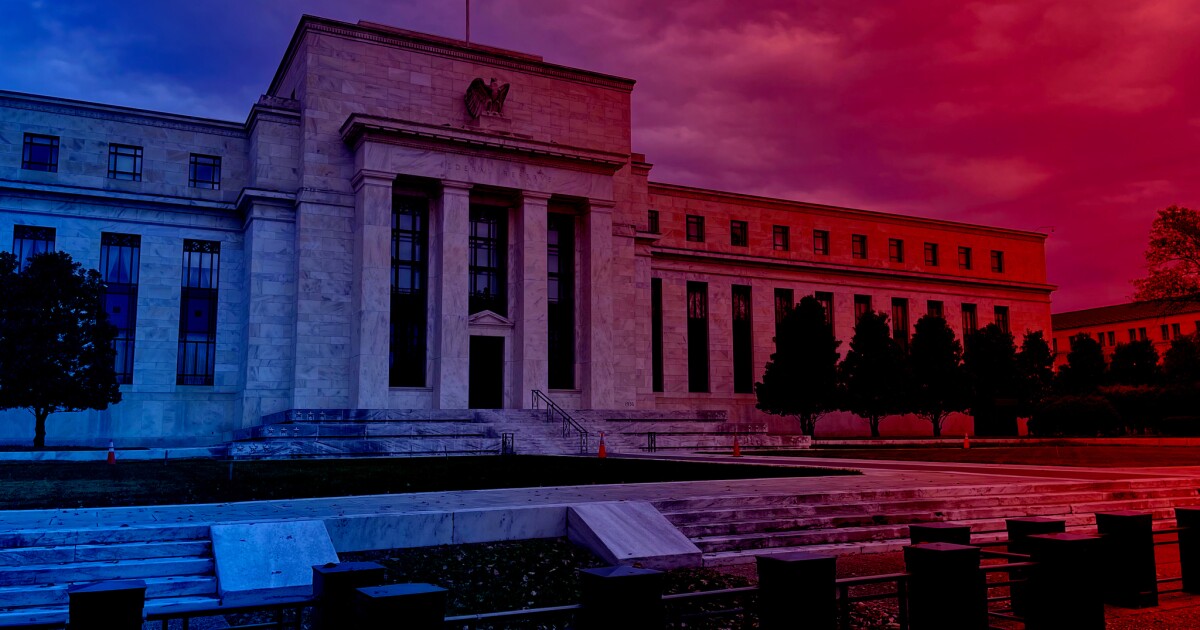 The odds of the economy falling into a recession have risen over the past several months as inflation remains stubbornly high and the Federal Reserve is forced to hike rates.

June’s consumer price index report came in hotter than expected and showed prices increased by 9.1% on an annual basis, the fastest clip since 1981 during the Great Inflation that helped sweep President Ronald Reagan into office. That in turn has resulted in the Fed taking a much more aggressive tack toward reining in inflation — and the central bank’s reaction raises the risk of recession.

The Fed hiked its interest rate target by a whopping three-fourths of a percentage point in June for the first time since 1994. The Fed typically raises rates by a quarter of a percentage point, or 25 basis points, so the June hike was analogous to three simultaneous rate increases.

CAN DEMOCRATS GET SINEMA ON BOARD FOR MANCHIN-BACKED SPENDING DEAL?

Fed officials then followed up with another 75-basis-point hike after their July meeting, meaning that in just two months, the Fed has essentially jacked up rates six times.

That dramatic action comes at a cost: slowing spending. While an economic slowdown is inevitable, the degree is the million-dollar question for economists right now.

“Is a recession possible? Yes. Is it probable? Yes,” Brian Marks, executive director of the University of New Haven’s entrepreneurship and innovation program, told the Washington Examiner. “We are certainly confronted with crosswinds in the economy and potentially headwinds, especially given the latest move by the Fed.”

A recession is defined by the National Bureau of Economic Research, a private academic group, as “a significant decline in economic activity that is spread across the economy and that lasts more than a few months.” Some see it as two consecutive quarters of negative GDP growth.

The recession warnings began flashing red in July after it was revealed that GDP fell at a 0.9% annualized rate in the second quarter, according to a preliminary estimate from the Bureau of Economic Analysis. That followed a negative 1.6% rate in the first quarter.

Several prominent figures in the finance and economic world are now saying a recession is more likely than not given the increased magnitude of rate hikes and the two quarters of negative growth.

Sen. John Barrasso (R-WY), chairman of the Senate Republican Conference, declared that “Joe Biden’s recession is here” in a statement following the release of the GDP report.

White House officials have pushed back on the notion that the United States is in a recession. They’ve noted that many economic indicators remain strong, most notably employment.

Larry Summers, a Democrat who led the Treasury Department under former President Bill Clinton and served as director of the National Economic Council under former President Barack Obama, was one of the first economists to warn about the threat inflation posed to the country more than a year ago. He recently cautioned that a recession will “more likely than not” end up happening.

“I think when inflation is as high as it is right now and unemployment is as low as it is right now, it’s almost always been followed within two years by recession,” Summers said. “I think they’re wrong now if anyone’s highly confident that we’re going to avoid recession.”

Summers also said there is a risk of stagflation. Stagflation, a portmanteau of stagnation and inflation, is when inflation is rising while economic activity and the labor market are slowing.

Because of the lag time it takes for the Fed’s rate hikes to begin driving down inflation, there is a possibility that the U.S. could experience a recession while inflation is still running well above the central bank’s 2% target rate. While that would technically be a stagflationary scenario, it would likely not be as punishing as the stagflation of the 1970s, when inflation was running above 10%.

A survey conducted by the Financial Times in partnership with the University of Chicago found that nearly 70% of the 49 economists questioned said the most likely timing of a recession is sometime in 2023. Almost 40% said the National Bureau of Economic Research will declare a recession in the first half of next year, while 30% projected one will be declared in the second half.

Another survey by the Conference Board found that 60% of business executives said they expect a recession, with 15% saying they are already in a recession. Late last year, just 22% of CEOs believed a recession was on the horizon.

Financial firms are also ringing the alarm bells about a recession.

The Biden administration recently branded a recession as “not inevitable.”

In response to the administration’s statement, Marks paraphrased Benjamin Franklin’s famous line that the only inevitabilities in life are death and taxes. He said it isn’t a big leap for the administration to make such a broad declaration.