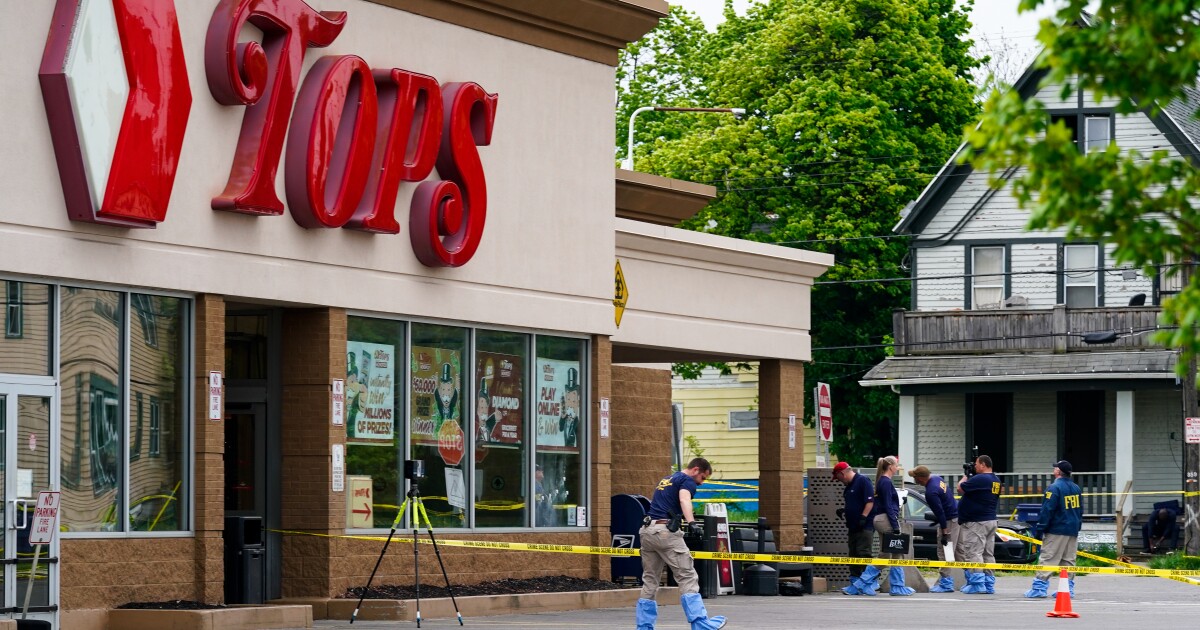 A Tops Friendly Markets location in Buffalo, New York, where 10 people were shot and killed in mid-May will reopen this week after being fully renovated — just over two months after the mass shooting took place.

The supermarket is scheduled to reopen “quietly and respectfully” on Friday morning, and the store has been fully renovated since the May 14 incident that left 10 people dead and another three injured, company officials said Monday, according to CNN. The store will also host a gathering the day before the reopening to hold “a moment of silence and prayer,” they added.

Employees who do not wish to return to the Buffalo location may work at the company’s other stores if they so choose, according to company officials.

The suspected shooter, identified as 18-year-old Payton Gendron, pleaded not guilty to the charges.

The Department of Justice also filed 26 federal hate crime charges in connection to the shooting after prosecutors determined the suspect’s “motive for the mass shooting was to prevent Black people from replacing white people and eliminating the white race, and to inspire others to commit similar attacks,” according to the criminal complaint.