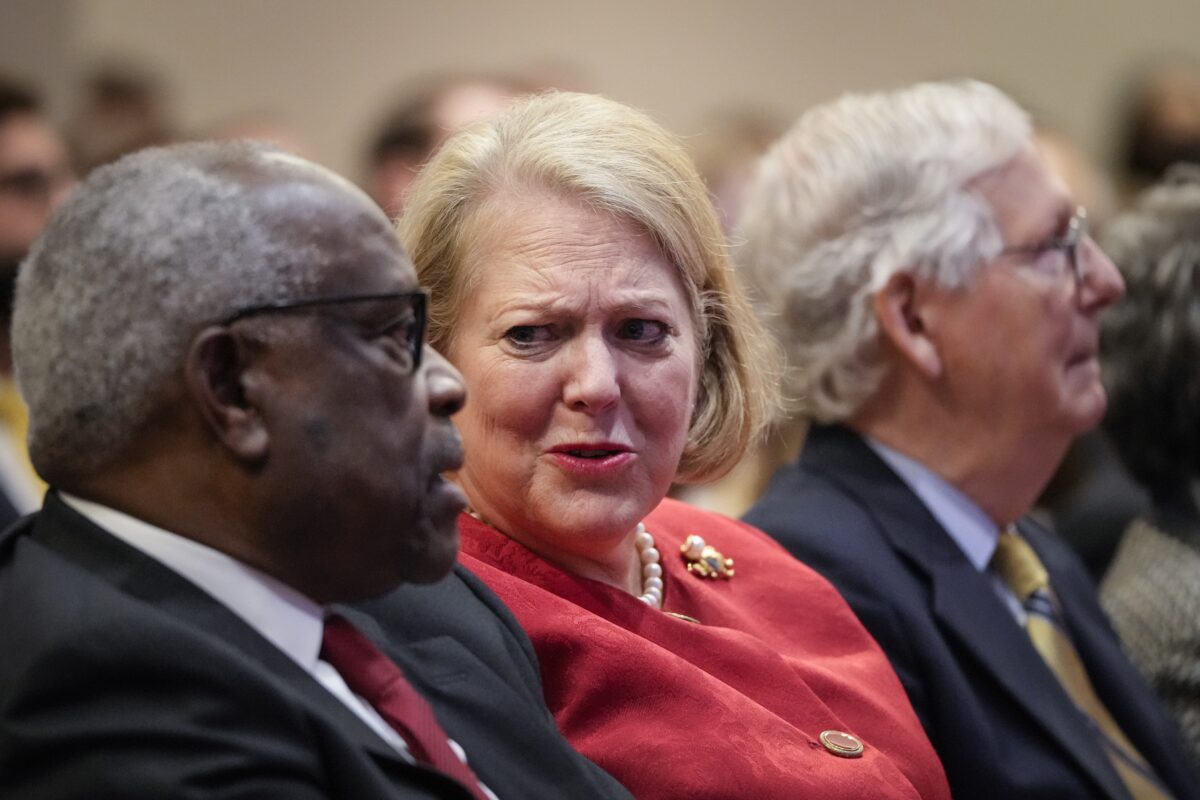 Rep. Liz Cheney (R-Wyo.) suggested on July 24 that the Jan. 6 committee could subpoena Virginia “Ginni” Thomas, the wife of Supreme Court Justice Clarence Thomas, if she chooses not to testify before the select committee voluntarily.

“The committee is engaged with her counsel. We certainly hope that she will agree to come in voluntarily,” Cheney told CNN’s “State of the Union” on Sunday. Cheney is one of two Republicans that sit on the Democrat-dominated panel to investigate the breach of the U.S. Capital on Jan 6, 2021.

“But the committee is fully prepared to contemplate a subpoena if she does not,” Cheney continued. “I hope it doesn’t get to that. I hope she will come in voluntarily.”

She also corresponded with Meadows during “Stop the Steal” on Jan. 6, 2021, saying how she supported the effort to protest the certification of election results.

After her message exchanges with Meadows were exposed in March, Ginni Thomas was heavily criticized by the Democrats for trying to “overturn the 2020 election.” At the time, Senate Minority Leader Mitch McConnell (R-Ky.) said the Democrats’ attacks were “a political hit.”

Jim Banks (R-Ind.) and Jim Jordan (R-Ohio), who were GOP nominations to sit on the Jan. 6 committee but were rejected by House Speaker Nancy Pelosi (D-Calif.), also took to Twitter to voice support for Ginni Thomas in March.

“The left’s vicious and dishonest attacks on Justice Thomas and his wife Ginni prove how important they are to the conservative movement,” Banks wrote on March 25.

Days later, Jordan wrote, “The Left will attack Ginni Thomas for exercising her political beliefs, but let Hunter Biden off the hook for his influence peddling.”

On June 16, Ginni Thomas expressed a willingness to talk to the Jan. 6 committee, saying she “can’t wait to clear up misconceptions.” The very same day, the committee requested her cooperation to sit down for an interview

However, her lawyer, Mark Paoletta, shut down the prospect of her quick appearance before the committee on July 28.

“I do not understand the need to speak with Mrs. Thomas,” Paoletta wrote in a letter to the committee. “Before I can recommend that she meet with you, I am asking the Committee to provide a better justification for why Mrs. Thomas’s testimony is relevant to the Committee’s legislative purpose.”

Cheney also told CNN that the committee has “spoken with numbers of people who are similarly situated in terms of the discussions that she was having,” saying that for such reason that her testimony would be important.

In January, the Supreme Court rejected a request from Trump to block records and documents from his administration to the Jan. 6 panel. The lone dissenter in the ruling was Justice Thomas.