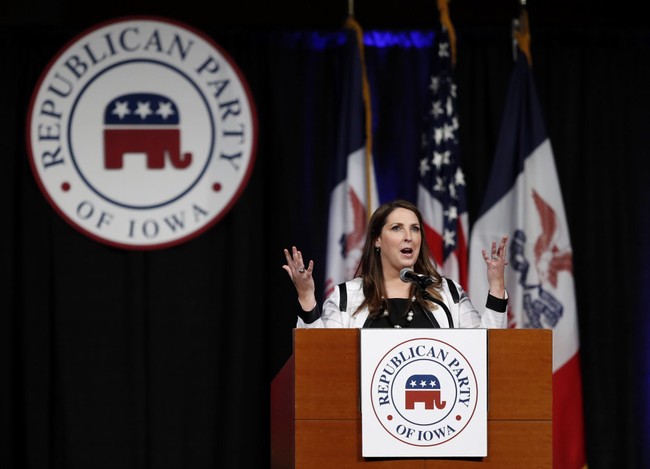 The 2022 midterms were an abject failure. We barely won the House, and the Democrats retained control of the Senate in what should have been a red wave year for the Republican Party. Democrats were aloof and incompetent on the Hill, wasting 18 months on trivial legislative matters that always got torpedoed by the most far-left elements of the party.

The legislative agenda had been dominated by issues that didn’t matter to most Americans, except those who were progressive, white, wealthy, educated, and could afford not to worry about crucial things like paying bills. Crime and inflation were at record highs, coupled with an economic recession. This election cycle should have been a lay-up for the GOP; instead, they brick-shot it. They fumbled it on the goal line like Melvin Gordon, and now the same folks who bungled the 2022 elections want their jobs back.

Rep. Kevin McCarthy (R-CA), Republican National Committee Chairwoman Ronna McDaniel, and Sen. Mitch McConnell (R-KY) are under the impression that they won some decisive victory. Maybe Mitch is more realistic, having seen defeat on the horizon last August, casting an aura of defeatism, which everyone should still be salty about despite the results. As a leader, you don’t show signs of surrender, especially when last-minute momentum was a tangible element leading up to Election Day.

McCarthy wants to be the speaker for barely winning back the House. McDaniel wants another term as RNC chair. We will focus on the latter for now, but there should be an election at the very minimum. McDaniel has a waffled record of losing elections in 2018, 2020, and 2022. She warned of a red wave washing into DC, which never materialized.

Lee Zeldin’s failure to win New York’s gubernatorial race this year has led to him putting his name forward as RNC chair, but there are reports that McDaniel already has the votes to retain her position, which, speaking of salt, is the proverbial pouring of that saline solution into the open sores of most GOP voters who were scraped up by this year’s election results.

The least these people could do is resign in shame and walk away, but this is politics, where there is zero accountability. He might have infuriated many with his unwarranted and unseemly attacks on Florida Gov. Ron DeSantis, but Trump’s war cry of “all talk, no action” rings true here. It’s all about the gravy train, about keeping the shady deals honored, and ensuring the system isn’t blown up, though it should be many times over. Of course, these three will portray their new terms as leaders as a new era. We all know it’s snake oil.