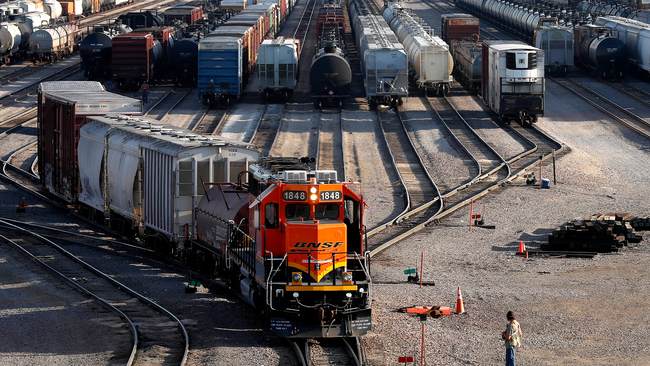 Congress has a busy slate for the post-election “lame duck” session – completion of the yearly appropriations bills to fund the various agencies of the government, the annual defense authorization act, and tax extenders bills. Unfortunately, they also have an issue that emerged over the past week with a pending strike of rail workers. A strike of this magnitude threatens to cripple the economy mere weeks before Christmas. However, Congress can resolve this issue if they dig in and do the hard work to pass legislation to avert such a strike.

Originally, the labor unions and the railway operators agreed to a deal back in September with the support of the Biden Administration. However, the largest group of union workers voted this month to reject the deal – creating the current crisis.

A deal seems imminently reachable. The New York Times reported on November 29, 2022, “Democratic and Republican leaders in Congress vowed on Tuesday to pass legislation averting a nationwide rail strike, saying they agreed with President Biden that a work stoppage during the holidays next month would disrupt shipping and deal a devastating blow to the nation’s economy.” This is a rare issue where President Joe Biden, Speaker of the House Nancy Pelosi (D-CA), House Republican Leader Kevin McCarthy (R-CA), Senate Republican Leader Mitch McConnell (R-KY), and Senate Majority Leader Chuck Schumer (D-NY) have a collective interest in resolving this quickly and support a deal.

Under the Railway Labor Act, Congress can impose a deal on the warring parties today, as rail workers and railway companies have not agreed. The law grants power to Congress to craft a deal and President Biden has asked Congress to include the terms of the agreement Secretary of Labor Marty Walsh cut in September to avoid an earlier strike. The purpose of this law is to avoid a disruption of commerce because of a work stoppage or lockout.

The Times reported President Biden’s own Presidential Emergency Board (PEB) conducted September negotiations which “ended with the tentative agreement that would raise wages by nearly 25 percent between 2020, when the last contract expired, and 2024.” Most of the unions supported this deal, but a few holdouts prevented inclusion in the collective bargaining agreement. Because of the holdout unions, President Biden cut a short-term deal and now Congress must expediently address the crisis.

The September shutdown was projected to cost the economy about $2 billion a day and would have stopped 30% of cargo shipments on the track. This would have impacted the agriculture, retail, healthcare, manufacturing, and energy segments of the U.S. economy. The retail sector would be heavily damaged, with the timing of a potential strike impacting the availability of consumer goods a few weeks before Christmas.

Lately, it seems impossible for Republicans and Democrats to agree on anything, yet Members ought to be motivated to pass this rail bill before the deadline for an agreement on December 9, 2022. Business interests have lined up with a pro-union president who recognizes that the handful of holdout rail unions is willing to risk billions in damage to the economy to cut a slightly better deal. This attempted hostage-taking is being resisted by all but the most extreme elements of the Democratic Party.

Progressives, including Rep. Alexandria Ocasio-Cortez (D-NY) and Sen. Bernie Sanders (I-VT), are threatening to sabotage the agreement by amending it to add provisions not originally part of the Biden Administration deal. They are willing to let 40% of our nation’s long-distance freight be stalled on the tracks just to make a political point of maintaining unconditional union support – no matter the situation or the implications on the rest of the country. Congress is expected to steamroll over these progressive objections to avoid a humiliating failure to get a deal to the president’s desk before the deadline.

Congress must act immediately and take aggressive action to prevent a devastating strike that will hurt economic growth at a time when the country seems on the edge of a potential recession. Progressives and a handful of holdout union leaders are overreaching in their demands and willing to risk billions in harm to average consumers and businesses just to flex some political muscle. The events of the next week will show if Congress is hostage to progressives or prove capable of bipartisan problem-solving.