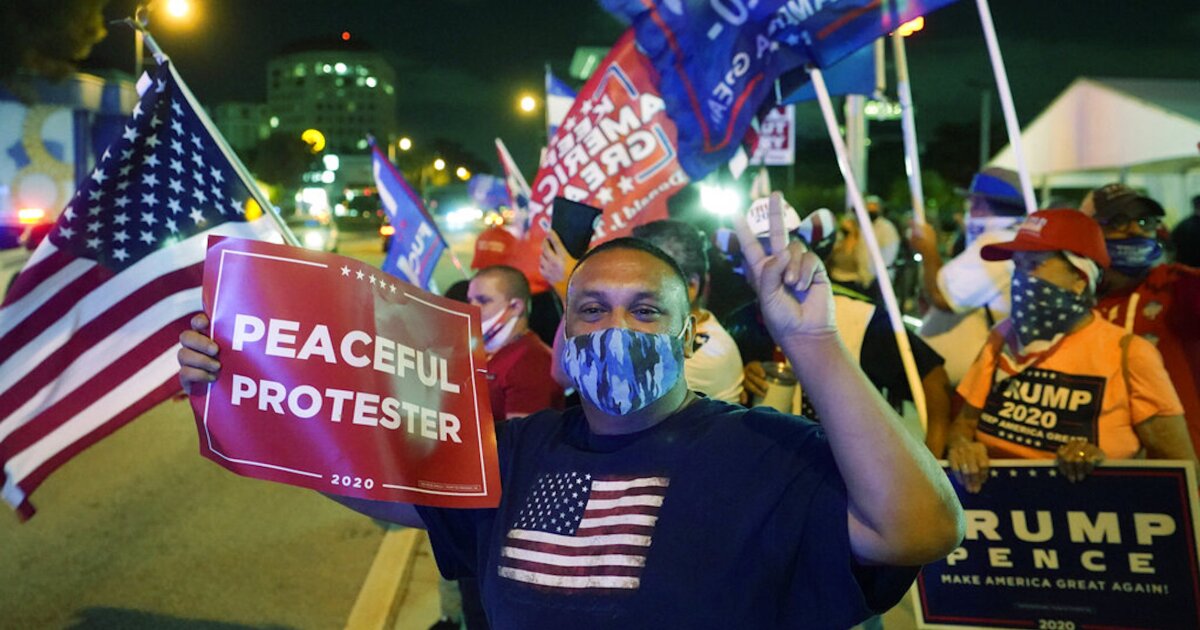 Republicans are ogling Florida as the next big red state to emerge on the electoral map after making significant gains there with Hispanic voters.

The GOP saw Hispanic voter registrations in Miami-Dade County increase by 2,409 in July, according to government figures, with Hispanics registered as Democrats dropping by 241 voters during the same period. The Democrats still boasted a 146,975 advantage among all registered voters in this South Florida battleground, with Republicans third behind “no party preference.” But among Hispanics, Democrats not only trailed Republicans by 70,738 voters, they also lagged NPP voters by 55,430.

Republicans inside and outside of Florida say the party’s growth with Hispanic voters in Miami-Dade County last month is part of a larger yearslong trend that has accelerated under President Joe Biden. Republicans contend that this expansion, should it continue, is poised to transform Florida from a perennial swing state that for decades has been the most electorally competitive in the country into legitimate red territory.

And it’s not just about GOP growth in Miami-Dade County, where Cuban Americans, who lean conservative and tend to vote Republican more than other Hispanic cohorts, predominate.

“In Florida, it’s the 8- to 10-point shift among Puerto Ricans [that could] most certainly move the state from true swing to lean GOP,” said Republican pollster Wes Anderson, who has surveyed Florida voters for years as an adviser to Sen. Rick Scott (FL), chairman of the National Republican Senatorial Committee and former governor. People from Puerto Rico, who typically support Democrats, have flocked to the Orlando area of Central Florida.

Some Democrats blame their party for the fresh challenges they face with Hispanics, saying these voters were taken for granted after decades of overwhelming support in national elections and in Florida, with the exception of Cuban Americans. Meanwhile, Democrats say, Republicans stepped up their effort to woo Hispanics, creating a perfect storm threatening to put them at a distinct disadvantage — in Florida and nationally.

Republicans have, indeed, improved their outreach to Hispanic voters in recent years, even employing so-called identity politics strategies to boost their numbers. But GOP officials counter that Democrats are not failing for lack of effort. Rather, it’s a combination of Republicans offering these voters a more attractive economic agenda and Democrats moving left of where they had been on cultural and racial issues.

“I don’t think it’s a question of effort. Hispanics are seeing what the Democrats want to do, and they’re not buying it,” said Rep. Carlos Gimenez (R), who represents a South Florida swing district anchored by Miami.

“You can polish it, go out in the streets with bullhorns and yell, ‘We’re Democrats. We love Hispanics,’” Gimenez added. “But I think Hispanics are saying the GOP represents more of their values and will give more opportunities to them and their children. It’s pretty simple.”

But they say insufficient effort has, in fact, been a key factor in the drop in Hispanic support for Democrats — most notably in 2020 for president and down-ballot candidates. Still, Democrats maintain that Republicans are overexuberant about their long-term Florida prospects. The GOP has won big there before, only to see the Sunshine State revert to its purple ways.

For example, then-President George W. Bush won Florida by 5 percentage points in 2004, and in 2006, Charlie Crist, then a Republican, was elected governor by a 7-point margin. Two years later, then-presidential candidate Barack Obama won Florida by 2.8 points, and he captured the state again in 2012, this time by just under 1 point.

“Just as I pushed back on some of my Democratic friends who thought Florida was trending hard to a Dem state in the Obama years … it is [worth remembering] that Obama won Florida in 2008 when Republicans argued that President Bush’s 5-point win, followed by Gov. Crist’s [7-point] win, were evidence the state wasn’t competitive,” said Steve Schale, a veteran Democratic strategist in Florida who is close with Biden.

“There are real challenges for my side in Florida,” Schale added. “The voter registration and mobilization apparatus of my side, both party and nonparty, needs a lot of work, and we have to improve among both Hispanics and noncollege voters, which includes Hispanic noncollege. … Cultural competence is important, but so is message competence.”

Schale said Democrats paid a price in 2020 for assuming the Hispanic vote was locked up and did not require much attention because four years earlier, the party’s presidential nominee, Hillary Clinton, topped future President Donald Trump in Miami-Dade County by nearly 30 points. Yes, Biden won Miami-Dade County but by a much smaller margin of 7.3 points, with Trump’s vote share increasing from 33.8% in 2016 to 46.1% four years later.

This shift helped deliver Trump 51.2% of the vote and his 3.4-point win over Biden in Florida in 2020. It is among the top reasons Republicans are so optimistic about their Florida future. If GOP predictions pan out, not only would Democrats have a much tougher time winning contests for governor and Senate in Florida, but their degree of difficulty in presidential contests would ratchet up considerably.

“[Miami-Dade] went from Clinton winning by 29 points to Biden winning by just 7. That tells you way more than incremental changes in voter registration ever could,” said Kyle Kondik, managing editor of Sabato’s Crystal Ball at the University of Virginia Center for Politics.

In decennial reapportionment, Florida saw its cache of Electoral College votes grow from 29 to 30. Blue states California and New York lost one electoral vote each.