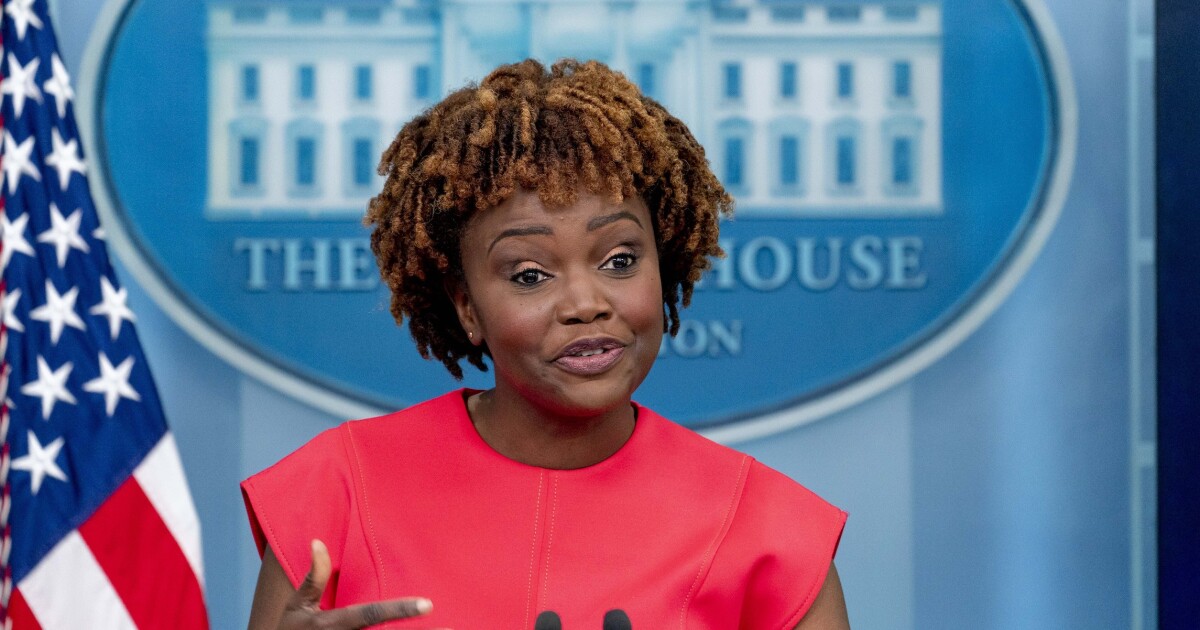 The White House launched an extended attack on Republicans seeking to ban not only abortion but also same-sex marriage and contraception at the top of Monday’s briefing as the midterm elections approach.

But Jean-Pierre sounded the alarm about Republicans, who are poised to recapture majorities in the House and possibly the Senate in November. “It’s becoming clearer by the day that congressional Republicans want to strip away rights, starting with a nationwide abortion ban and moving on to marriage equality and contraception,” she told reporters.

“A national ban on abortion would be devastating for women across the country,” Jean-Pierre said.

President Joe Biden has argued that it is important to elect pro-abortion rights Democrats this fall in order to counteract the Supreme Court’s ruling and codify abortion rights nationally. Democrats are hoping the issue can turn the tide in the midterm elections and help them defend their razor-thin congressional majorities.

Biden is exempt from the Hatch Act, which limits the political activities of federal employees. Jean-Pierre is not and has declined to answer certain questions about the midterm elections and electoral politics on that basis. Her predecessor, Jen Psaki, stopped discussing last year’s Virginia governor’s race from the briefing room podium after a comment about the Democratic nominee in the contest led to a complaint. “We’re going to do everything we can to help former Gov. McAuliffe, and we believe in the agenda he’s representing,” Psaki said.

The Trump White House was viewed as lax in observing the Hatch Act.

Democrats have also contended that Dobbs v. Jackson Women’s Health Organization, the Supreme Court’s recent abortion decision, will endanger precedents on contraception and marriage. They quote Justice Clarence Thomas, whom Jean-Pierre called “Judge Thompson” on Monday, while ignoring Justice Samuel Alito’s language in the majority opinion as to why Dobbs will not have this effect.

“From the Dobbs decision, one of the things that we saw from Judge Thompson is that they are looking to go further,” Jean-Pierre said Monday when asked about Sen. Ted Cruz (R-TX) making comments about Obergefell v. Hodges, the Supreme Court decision finding a constitutional right to same-sex marriage.

Cruz said Obergefell was “clearly wrong” but added there was no “appetite” for its reversal, which he said would be a “little chaotic” given the number of people who have gotten married since the court ruled.

The White House has repeatedly been pressed on what Biden could do through executive action to preserve legal abortion in states that wish to ban or restrict the procedure.

“We need two additional pro-choice senators and a pro-choice House to codify Roe as federal law,” Biden has said. “Your vote can make that a reality.” The two additional senators would presumably allow Senate Democrats to change the filibuster rules without the votes of Sens. Joe Manchin (D-WV) and Kyrsten Sinema (D-AZ), allowing an abortion bill to pass with fewer than 60 votes.

Vice President Kamala Harris likened abortion restrictions to slavery in a speech to the NAACP earlier Monday. Jean-Pierre declined to answer questions about her comments.

“I appreciate you reading out what she said. I need to actually see exactly what was said and in what complete context,” Biden’s press secretary said.