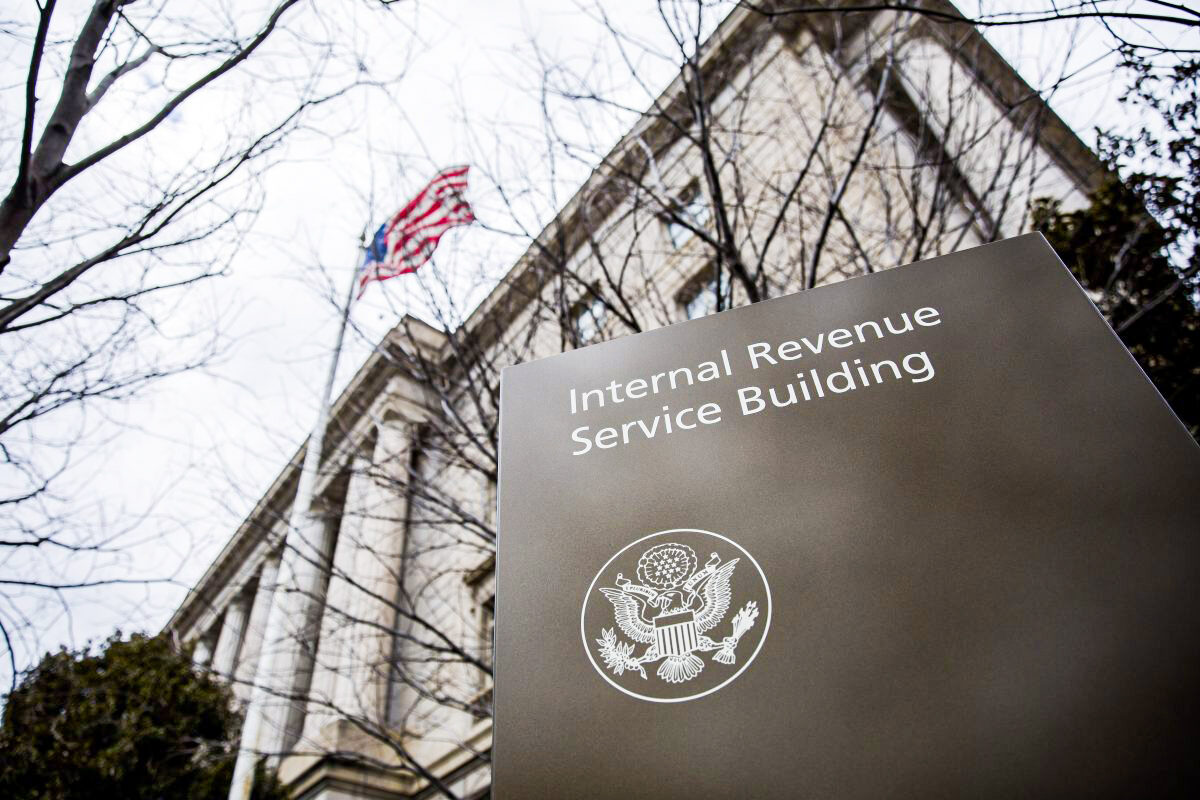 Republicans are warning American middle-class families and small-business owners how they will soon be the targets of the Internal Revenue Service (IRS), once President Joe Biden signs into law Democrat-backed legislation that includes funding to hire 87,000 new tax agents.

The legislation, known as the “Inflation Reduction Act,” was approved by a party-line vote of 51 to 50 in the Senate on Aug. 7, with Vice President Kamala Harris casting the tie-breaking vote. The $740 billion spending bill includes a provision to allocate $80 billion to the IRS, of which $45.6 billion is for tax enforcement activities.

In other words, the IRS could hire as many as 87,000 new agents with the new funding, once the legislation is passed by the House and then signed into law.

Rep. Tom Emmer (R-Minn.), who is the chairman of the National Republican Congressional Committee (NRCC), told Fox News Digital on Aug. 8 that Biden will deploy the new IRS for specific purposes.

“Joe Biden is building an army of IRS agents to harass and bully the middle class. It’s something that should concern every American taxpayer,” Emmer stated. “The IRS targeted conservatives during the Obama administration, so it’s fair to wonder whether Joe Biden will use his new IRS army to attack conservatives.”

In 2013, conservative organizations filed two lawsuits in federal court, accusing the IRS of targeting organizations with words such as “Tea Party” or “patriots” when filing for tax-exempt status. In a 2017 settlement, the IRS offered an apology, saying it was wrong to screen the groups’ applications based on their names or policy positions.

On Monday evening, after news broke that the FBI had searched former President Donald Trump’s Mar-a-Lago property in Florida, Emmer took to Twitter to issue another warning.

“If Joe Biden can weaponize the DOJ [Department of Justice] against his political opponents, he can weaponize 87,000 IRS agents against conservatives everywhere,” Emmer wrote.

Emmer is not the only Republican sounding the alarm.

“The FBI raiding Donald Trump is unprecedented. It is corrupt & an abuse of power,” Cruz wrote. “And with 87K new IRS agents, they’re coming for YOU too.”

What has some Republican lawmakers worried is how small businesses could suffer.

“Large corporations retain teams of lawyers to deal with IRS audits. Small businesses don’t. 87,000 new IRS agents to audit small businesses is one more insult to the injury of 10% inflation,” Sen. Mike Braun (R-Ind.), a member of the Senate Budget Committee, wrote on Twitter on Aug. 8.

Sen. Tommy Tuberville (R-Ala.), a member of the Senate Armed Services Committee, said the Senate’s massive spending bill gives the IRS “more manpower to go after small businesses and the middle class,” according to a statement from his office.

Republicans aren’t the only ones speaking out against the supersized IRS. Karen Kerrigan, president and CEO of the Small Business and Entrepreneurship Council, issued a statement on Aug. 8 calling on all House lawmakers to oppose the Senate-passed legislation.

“Super-sizing the IRS to audit more taxpayers means small businesses have a target on their back,” Kerrigan wrote. “Lengthy and time-consuming audits are financially and emotionally taxing, and the message this bill sends to small business taxpayers is that they should be fearful about risk-taking and their chances of being audited.”

On Aug. 12, House lawmakers are scheduled to convene briefly from summer recess. House Speaker Nancy Pelosi (D-Calif.) has said that her chamber will “move swiftly” to send the legislation to Biden’s desk.

Kerrigan also dismissed Democrats’ suggestion that the bill will bring down inflation.

“The bill does nothing—nothing—to ease inflation, which is the top concern of entrepreneurs and American families alike,” Kerrigan continued. “This is not legislation that will help our businesses navigate through inflationary pressures, supply chain headaches, the great labor mismatch, and an economy in recession.”

Former Secretary of State Mike Pompeo, in an interview with Fox News, said the legislation “will be bad for average Americans all across the country.”

Before the final passage of the bill on Aug. 7, some Senate Republicans tried unsuccessfully to amend provisions relating to the IRS.

Cruz introduced amendment #5263, which would have struck the $80 billion funding for the IRS if passed.

“We shouldn’t make the IRS larger than the Pentagon, the State Department, the FBI, and the Border Patrol all combined,” Cruz told his Senate colleagues before his amendment was rejected.

Sen. Mike Crapo (R-Idaho), ranking member of the Senate Finance Committee, introduced amendment #5404, which would have prevented the IRS from using its new funding to audit those with taxable incomes below $400,000 in order to protect low- and middle-income American taxpayers.

However, IRS Commissioner Charles Rettig, in a letter (pdf) to Congress dated Aug. 4, said the $80 billion in funding would not increase audits for households earning less than $400,000 per year.

“These resources are absolutely not about increasing audit scrutiny on small businesses or middle-income Americans,” Rettig wrote. “As we have been planning, our investment of these enforcement resources is designed around Treasury’s directive that audit rates will not rise relative to recent years for households making under $400,000.”

Sen. Tim Scott (R-S.C.), a member of the Senate Finance Committee, introduced a motion to redirect $45.6 billion allocated to the IRS to parents so that “they can help their kids make up for the learning loss that occurred during the pandemic,” according to his office.

Americans for Tax Reform (ATR), a U.S. advocacy group, had issued a statement supporting Cruz, Crapo, and Scott’s proposals. Despite its call, all 50 House Democrats voted against the three measures.