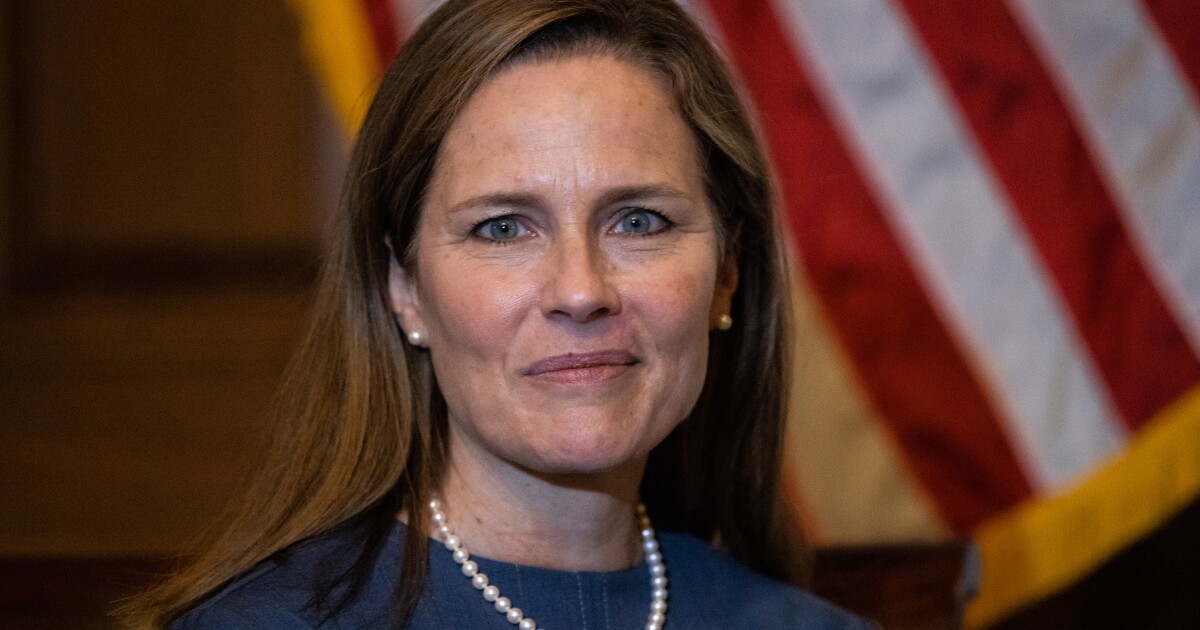 The group Rhodes College Alumni for Reproductive Rights urged college President Jennifer Collins and the school’s director of community standards to have Barrett withdrawn over a “public breach of the honor code.”

The letter, dated this month, argues Barrett’s testimony in her confirmation hearing in October 2020 conflicted with her vote in Dobbs, which overturned Roe v. Wade and the constitutional right to an abortion.

“We find any claim by Justice Barrett during her nomination hearings that she would consider the potential detrimental effect of overruling precedent on a given individual to be disingenuous and misleading. She’s told us herself that if one stays true to originalism and the text of the Constitution, it is immaterial as to whether an action could result in widespread chaos or trampling on the reliance interests of millions of Americans. Dobbs and the current state of women’s health care post-Roe confirms this,” the signatories wrote in the petition.

Signatories also accuse Barrett of being “one of the biggest current threats to our fundamental rights, the stability of our nation, and our democracy.”

Some liberal lawmakers called for some Supreme Court justices to resign or be impeached for allegedly misleading the public in testimony on Roe, but legal experts say these calls are unwarranted and that the justices were not misleading in their testimony on precedent.

Jonathan Turley, a law professor at George Washington University, shared his disapproval of the petition and how it “repeats the false claim that Barrett misled the Senate on her views on Roe.”

…The use of clearly false allegations in the name of upholding the honor system does not seem to concern these signatories. Yet, it is Justice Barrett who is accused of “an egregious lack of fidelity with the Rhodes Honor System.”

“These signatories seek to sanction Barrett for holding opposing views on issues that have divided the court and the legal profession for decades,” Turley said in a post to his website.

The alumni group for the Tennessee college previously opposed Barrett’s nomination to the Supreme Court in 2020, citing concerns over her opinion on the ruling in Roe v. Wade.