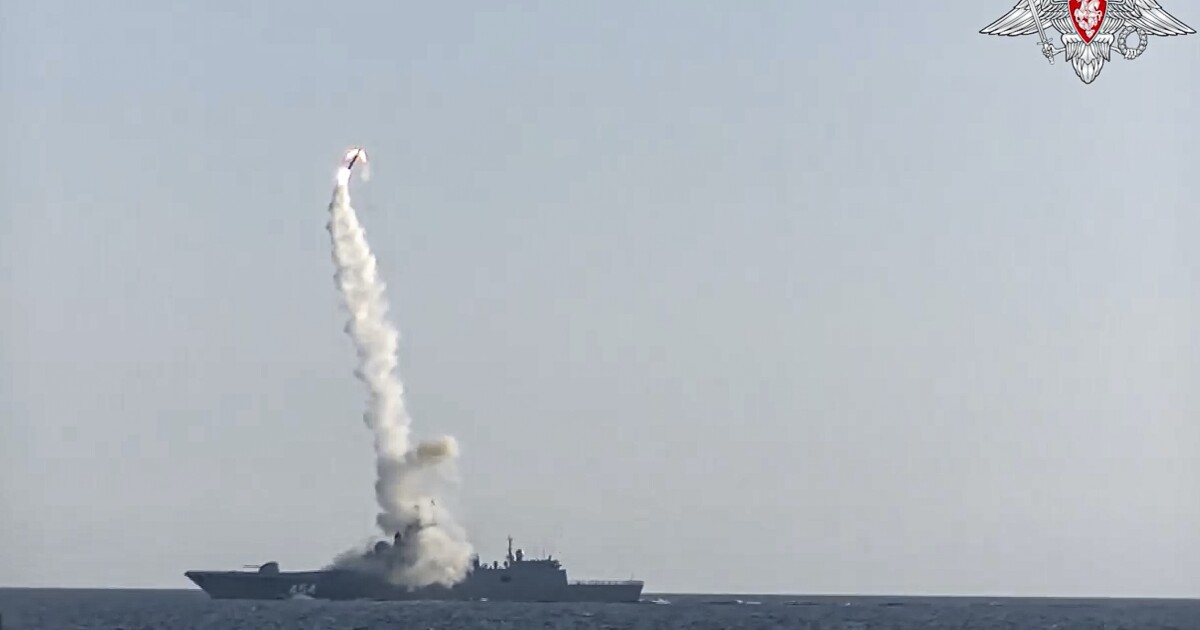 A top Russian scientist has been arrested on charges of “high treason” — yet another apparent casualty of an investigation conducted by Russian security services.

The arrested man, Dr. Alexander Shiplyuk, directs the Institute of Theoretical and Applied Mechanics in Siberia under the auspices of the Russian Academy of Sciences. His detention puts a spotlight on Russia’s cutting-edge hypersonic weapons research about a month after his colleague Anatoly Maslov was taken into custody.

“Investigative activities were held in the institute,” another official at the institute, Vasily Fomin, told state-run media outlet TASS. “He is faced with the same charges as Maslov. High treason.”

Shiplyuk specializes in hypersonic technology research, according to TASS, having authored or contributed to more than 90 publications related to hypersonic technology and other engineering subjects, according to a ResearchGate tally. He and Maslov were based in Novosibirsk, Russia. They shared that city with a third Russian scientist, Dmitry Kolker, who was taken from a hospital where he was receiving cancer treatment and then died in custody.

“The FSB murdered my father,” the late scientist’s son, Maksim Kolker, wrote on social media last month, referring to the KGB successor agency. “Fully aware of the condition he was in, they dragged him from the hospital. … They didn’t even allow him to say goodbye to his family.

Kolker, who led a quantum optics laboratory, was accused of collaborating with China, but his family disputed the charges as a trumped-up allegation after his participation at a public conference in China.

“He was working in his country despite many invitations from leading universities and labs to go work abroad,” his cousin, Anton Dianov, said last month. He wanted to work in Russia, he wanted to teach students there. … These charges are absolutely ridiculous and extremely cruel and unusual to be levied on such a sick man.”

An arrest related to spying for China would seem to attest to the suspicion that persists between the two countries despite their vaunted “no limits” partnership.

“There are no ‘forbidden’ areas of cooperation,” Russian President Vladimir Putin and Chinese General Secretary Xi Jinping said in a joint communique in February. “Russia and China intend to encourage interaction in the fields of public health, digital economy, science, innovation and technology, including artificial intelligence technologies, as well as the increased coordination between BRICS countries on international platforms.”

The substance of the charges against Shiplyuk was not included in the TASS report. A profile page described his work as “related with the development of the experimental facilities and methods of aerophysical researchers, analysis of wave processes causing the laminar flow transition into the turbulent one, methods of control of these processes at hypersonic flight speeds, experimental aero-thermodynamics of hypersonic aircrafts with scramjets.”