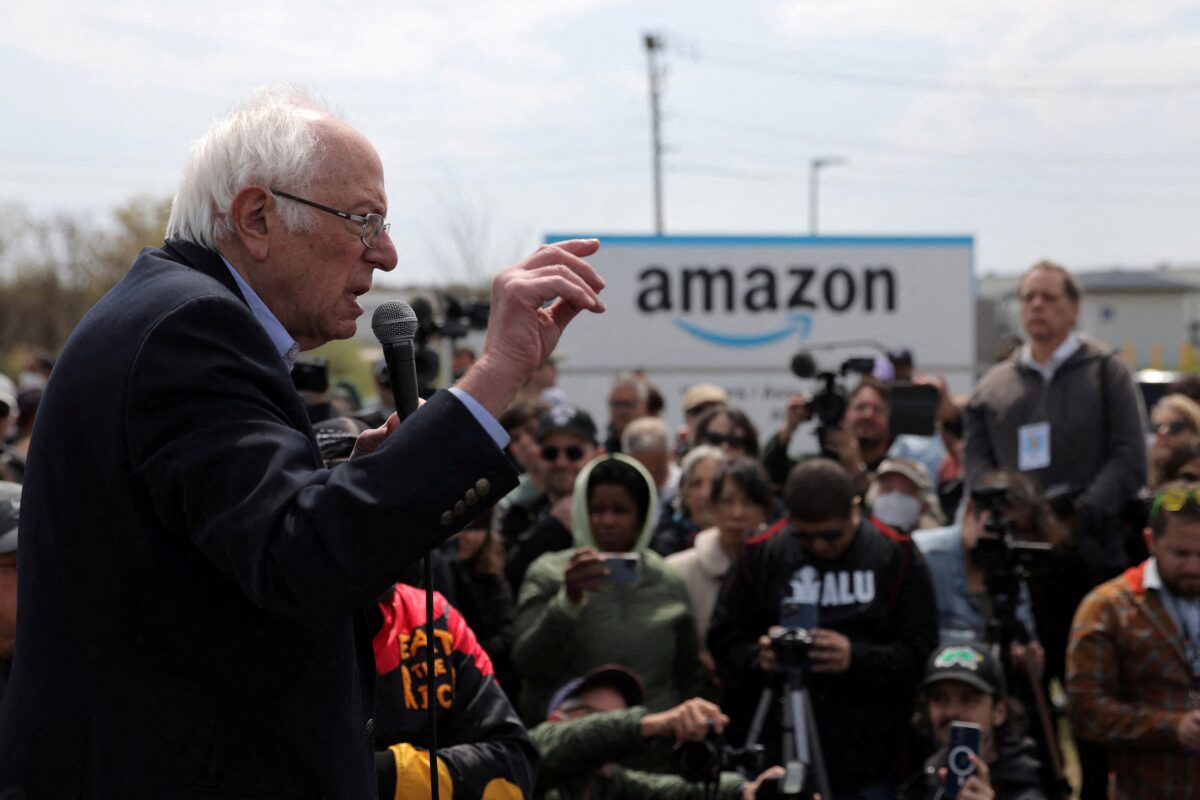 Sen. Bernie Sanders (I-Vt.) on Monday highlighted the declining state of the economy under President Joe Biden and said he does not believe the passage of the Inflation Reduction Act is enough of an achievement to help Democrats run on in the midterm elections.

Sanders made the comments during Monday’s broadcast of NBC’s “Late Night” where he noted large discrepancies between wages and soaring inflation across the United States.

Inflation has soared to 8.3 percent meaning the buying power of U.S. wages has been squeezed.

Real average hourly earnings of U.S. workers have fallen by 2.8 percent, seasonally adjusted, over the last 12 months, according to data from the Bureau of Labor Statistics (BLS).

According to Bank of America’s Workplace Benefits Report, published earlier in September, 71 percent of workers said they feel that the cost of living is outpacing their salary or wage growth. The report is based on a nationwide survey of 824 employees and 846 employers conducted in February, and a second survey of 478 employees conducted in July.

Meanwhile, the situation is set to be further exacerbated by rising heating bills this winter, with the average U.S. household bill expected to increase by 17.2 percent compared to last year, according to a forecast by the National Energy Assistance Directors Association (pdf).

“So, I think what we have got to be honest about with the American people is [to] say, ‘look we’re in rough shape right now. This is the reality. And this is what we have to do to get out of it,’” Sanders, an Independent, said on Monday.

The Vermont lawmaker pointed to the growing gap between the “very rich and everybody else,” adding: “You’ve got three people in America who own more wealth than the bottom half of American society. You’ve got three Wall Street firms that have assets of $20 trillion, major stockholders, and hundreds and hundreds of companies throughout America.”

“So, we’ve got to be honest with the American people about what’s going on, about who owns and controls the nation, and then have the guts to stand up to these powerful special interests and tell these greedy [expletive] they cannot have it all,” Sanders said.

Inflation is the top issue for voters in November’s elections, according to the latest NPR/PBS NewsHour/Marist poll.

Biden signed the Inflation Reduction Act into law in August and has touted it as a big win for millions of Americans.