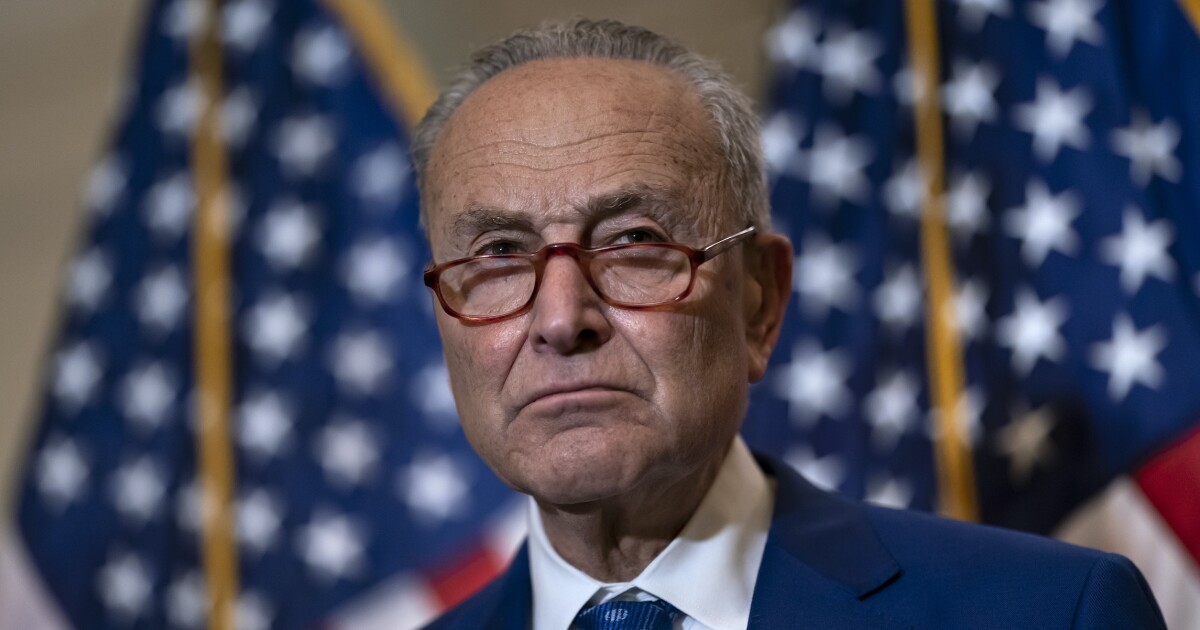 Senate Majority Leader Chuck Schumer (D-NY) has tested positive for COVID-19 and will work remotely this week, his office disclosed. Schumer’s absence, disclosed by his office on Sunday, will chip away at an already dwindling number of legislative weeks before November’s midterm elections and will further shrink his party’s slim majority for the week.

Justin Goodman, a Schumer spokesman, said in a Sunday statement that the senator is experiencing “very mild symptoms,” and will quarantine in accordance with guidelines from the Centers for Disease Control and Prevention.

“Anyone who knows Leader Schumer knows that even if he’s not physically in the Capitol, through virtual meetings and his trademark flip phone he will continue with his robust schedule and remain in near-constant contact with his colleagues,” Goodman said.

Goodman added that Schumer is “fully vaccinated and double boosted” and “greatly appreciates the protection the vaccine has provided him and encourages everyone to test regularly and get vaccinated and boosted.”

Sen. Richard Blumenthal (D-CT) also disclosed a positive COVID-19 test on Monday, tweeting that he, too, will work remotely this week.

Unfortunately, I’ve tested positive for COVID. So this week, I’ll be working remotely. I’m not experiencing symptoms & am thankful to be fully vaccinated & boosted. If you haven’t gotten your shot or booster yet, make an appointment today!

Sen. Patrick Leahy (D-VT) is also absent due to recovering from a fall and subsequent hip replacement surgery.

The absences come during a critical legislative window for Senate Democrats in the 50-50 Senate, with Vice President Kamala Harris casting tiebreaking votes in the party’s favor.

Schumer is also trying to iron out a reconciliation deal with Sen. Joe Manchin (D-WV) after the pair recently revived talks over a significantly scaled-back version of President Joe Biden’s sweeping social welfare and green energy bill. The original version failed last year when Manchin objected to its large size. Without Manchin’s support and with no Republicans in favor of the bill, Democratic leaders were unable to pass the legislation in the Senate, where they could have otherwise passed the bill using a process called budget reconciliation, which would allow them to do so with only 51 votes.

In the immediate short term, the Senate was expected to vote this week on the nomination of Steven Dettelbach as director of the Bureau of Alcohol, Tobacco, Firearms, and Explosives. The office hasn’t had a Senate-confirmed leader since 2015.

Although two Republicans, Sens. Susan Collins of Maine and Rob Portman of Ohio, voted with 50 Democrats to discharge Dettelbach’s nomination from the deadlocked Senate Judiciary Committee, the absence of three Senate Democrats might result in the nomination being blocked at least for the week. If there is a Republican absence this week or if Leahy is able to come for the vote, Democrats could confirm Dettelbach with Harris’s tiebreaking vote.