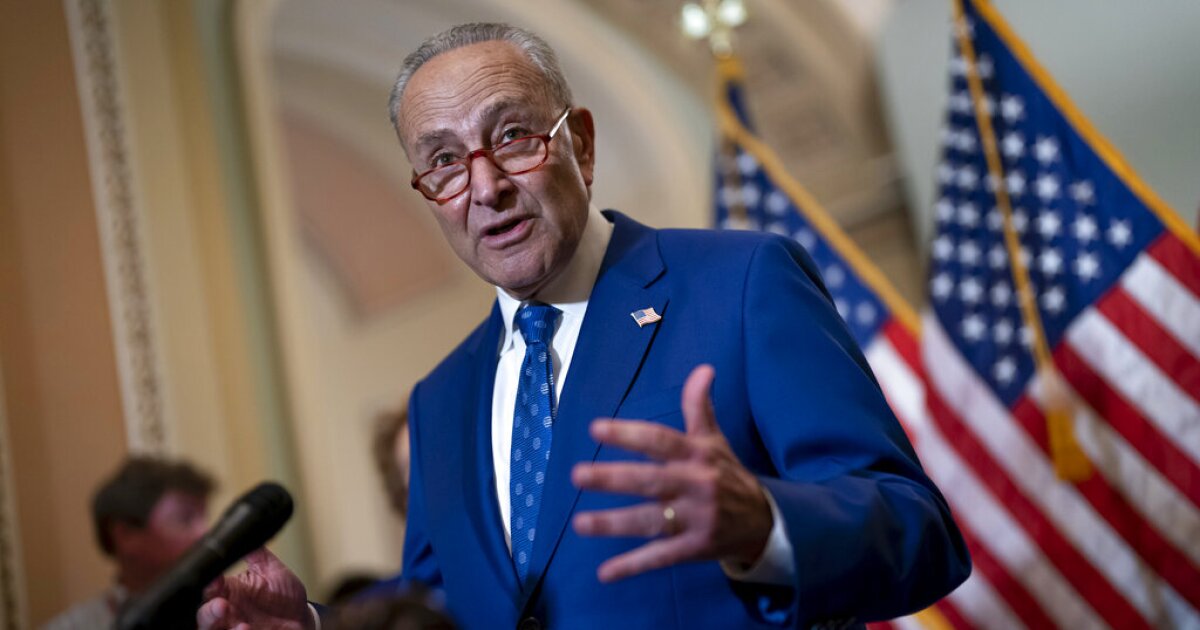 Schumer made the remarks while speaking to a group of donors at a fundraiser Tuesday in Washington, where an attendee asked him about the American Choice and Innovation Online Act, a bill that would empower federal agencies to prevent the largest tech companies from unfairly giving preference to their own products on their platforms.

Schumer said the bill was a “high priority,” but the Senate doesn’t have the 60 votes required to pass it, according to Bloomberg. While Schumer had said in the past that he was working with the bill’s co-sponsor Sen. Amy Klobuchar (D-MN) to give it attention, this is the first time the Senate leader has said the bill does not have the support it needs to pass.

The New York senator said that people had urged him to put the bill on the floor in hopes of forcing undecided senators to vote in favor. Schumer said he does not believe that would not work in the bill’s favor.

“We were promised a vote on this bill, and we take [Schumer] at his word,” Klobuchar said in a statement. The Minnesota senator has regularly affirmed that the legislation has the votes.

A spokesperson for Schumer said that the Senate majority leader was working with Klobuchar and reaffirmed Schumer’s support for the legislation.

While Klobuchar is projecting confidence in the legislation, the rest of the Senate appears less so. The majority of members of Congress said they were undecided or have not publicly commented on their views of the bill, according to the Washington Post.

Conservatives have had mixed responses to Klobuchar’s and Republican co-sponsor Chuck Grassley’s (R-IA) proposed legislation. A coalition of conservative organizations led by the Internet Accountability Project filed a letter Thursday arguing that the bill would help rein in Big Tech’s power over the economy. A separate group, led by Americans for Tax Reform, argued in a July 19 letter to Congress that the Klobuchar-Grassley bill expands the government’s size, exacerbates inflation, and fails to offer any meaningful response to conservative concerns about Big Tech’s content moderation policies.

The public appears hesitant to support antitrust legislation, according to polling data released by the tech industry group Chamber of Progress. Most people said they would oppose the Klobuchar bill upon being told that it could affect critical services such as Amazon Prime’s free shipping. Amazon has argued that the legislation will restrict Prime, but Klobuchar and Grassley have denied it would.