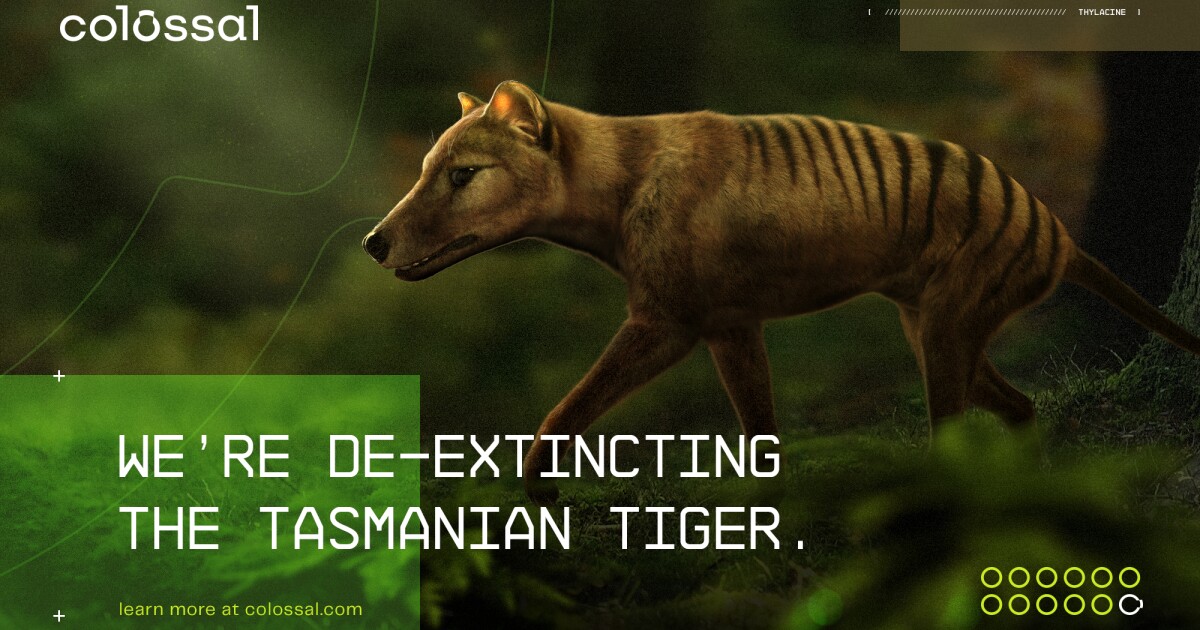 A team of scientists is working to bring the Tasmanian tiger back from extinction.

The last known Tasmanian tiger, scientifically known as the thylacine, died in captivity in 1936, according to the Scientific American, becoming a symbol of human-caused extinction. Colossal Biosciences, a Dallas-based “de-extinction” company known for its efforts to revive the woolly mammoth, is aiming to change this through gene-editing. Australian scientists have been hoping since the 1990s to accomplish this feat, but recent funding and technological advancements give the project a newfound chance of success.

“We’re interrogating every single part of the thylacine genome,” Andrew Pask, a professor of evolutionary biology at the University of Melbourne who is working on the project, told CNET. “It’s an expensive and time-consuming endeavor, but now we can figure out those essential [DNA] edits we need to make that thylacine.”

PRUFROCK: IN SEARCH OF THE TASMANIAN TIGER, WHAT MAKES SCIENCE SCIENCE, AND THE WORLD’S SMALLEST DESERT

Though optimistic, the team is stuck on the first step of a six-step process. To “de-extinct” the Tasmanian tiger, scientists will have to decode its entire genome. They will then take cells from a close living relative, create an embryo, foster the embryo in a pouch, remove the embryo from the pouch to feed and care for, and grow it to adulthood. Pask plans to complete this process within the decade.

The team has decoded 96% of the Tasmanian tiger’s genome, according to Pask, but the remaining 4% is the most difficult, he said. The near relative they plan to use is the fat-tailed dunnart, a mouse-sized marsupial (compared to the dog-sized thylacine), separated by 40 million years of evolution.

While scientists will probably never be able to bring back a fully thylacine thylacine, the team is likely to have “a de-extincted thylacine-ish thing” within the decade, Pask told the magazine. He estimates the first iteration to be 90% thylacine, with the ultimate goal being 99.9%.

Despite the optimism of the team, many scientists remain skeptical. Mammal expert Kris Helgen of the Australian Museum cast doubt on the possibility of editing a thylacine’s genes into a fat-tailed dunnart, given the size difference and tens of millions of years of separate evolution. The thylacine was so unique that it’s in its own taxonomic family, he said, describing the current effort as equivalent to editing the genome of a dog until it looked like a cat.

The scientists working on the project hope the reintroduction of the Tasmanian tiger will aid in conservation efforts.