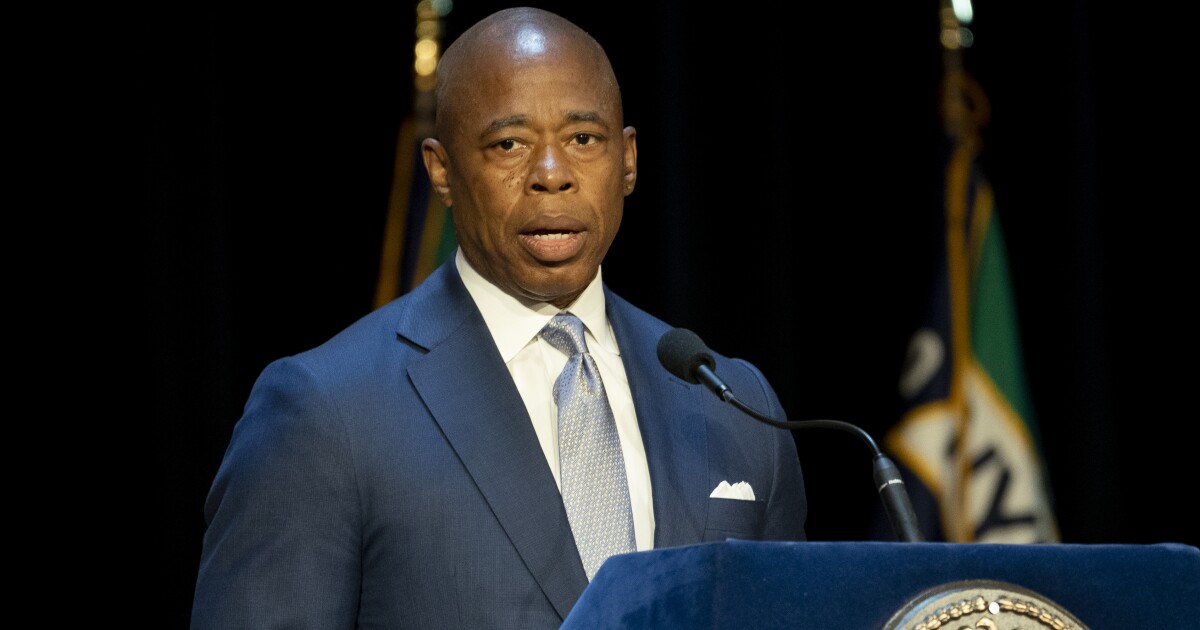 A place called “Adams Tent City” was spotted on Google Maps on Tuesday at the location of New York City’s new immigrant welcome center, which was created to deal with the influx of people the city is facing following Gov. Greg Abbott’s (R-TX) choice to bus illegal immigrants to Democratic strongholds.

The location, on Randall’s Island, recently began putting up tent-like structures to house up to 500 people seeking asylum, according to a report. Next to the city’s Icahn Stadium, amenities such as air conditioning and laundry units will be available.

It’s unclear if this was done by a prankster or if Google is responsible for the labeling.

This summer, Mayor Eric Adams (D-NY) announced that the city would construct the site to cope with the recent surge of immigrants.

“It was presented to us that these would be intake centers and not places for people to have homes. In that scenario, it does make sense, but I would be suspect, as well, because I can tell you sitting here right now there’s going to be people there for more than 3-5 days,” public advocate Jumaane Williams told New York 1.

Adams’s announcement came after Abbott added the Big Apple to his list of sanctuary cities to send illegal immigrants to. “In addition to Washington, D.C., New York City is the ideal destination for these migrants, who can receive the abundance of city services and housing that Mayor Eric Adams has boasted about within the sanctuary city,” the Texas governor said at the time.

“I hope he follows through on his promise of welcoming all migrants with open arms so that our overrun and overwhelmed border towns can find relief,” he added.

Adams immediately called on the federal government to provide assistance.

“It is unimaginable what the governor of Texas has done when you think about this country, a country that has always been open to those who were fleeing persecution,” he said. “We need help, and we’re reaching out to the federal government to tell them that we need help.”

Abbott has shown no signs of stopping his immigrant busing, and another GOP governor, Ron DeSantis (R-FL), has also hopped on the immigrant transportation bandwagon.