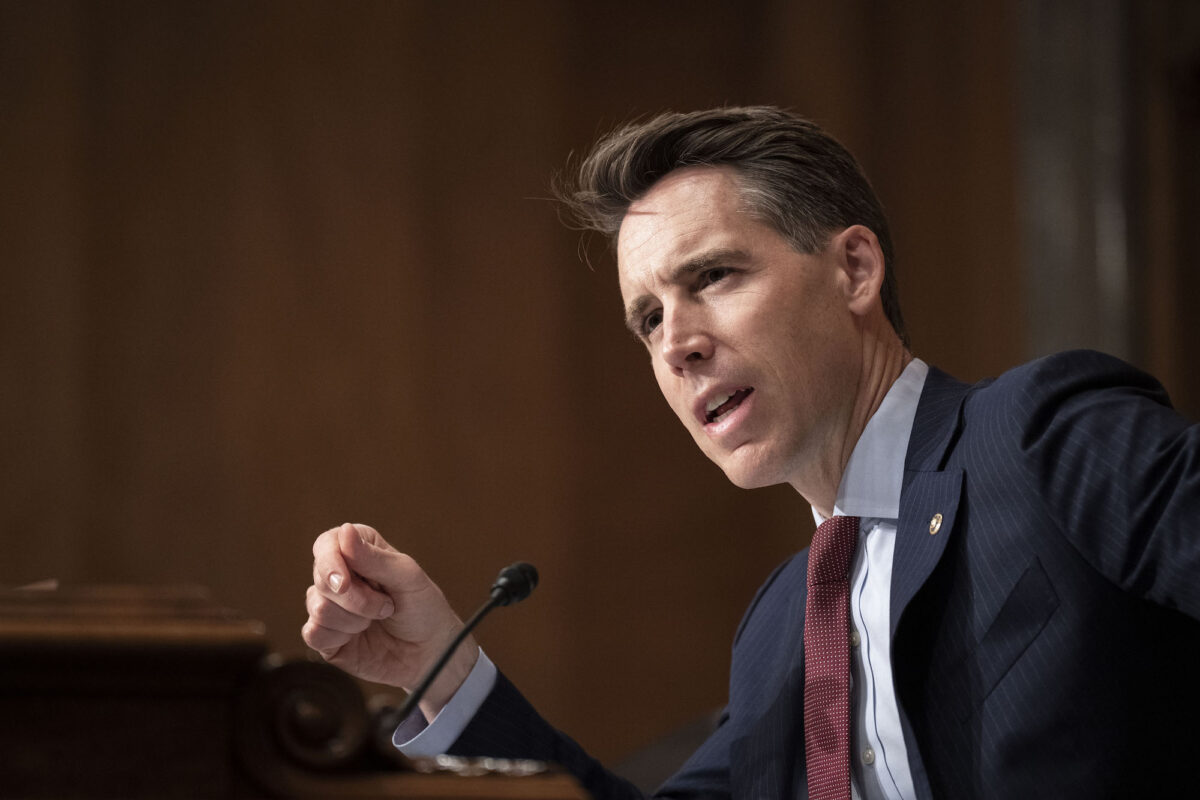 Sen. Josh Hawley (R-Mo.) has asked his party members to potentially learn from their Democrat opponents about how to push forward bills.

Hawley’s comments came after the Democrats succeeded in getting the Inflation Reduction Act passed in a 50–50 vote, with Vice President Kamala Harris providing the tie-breaker. “I’ll give the Dems this. With a 50/50 Senate & a historically unpopular president, they passed major (terrible) legislation. Lots of it. They came to do something. There’s a lesson there for the GOP. If they get back Congress, they better be willing to fight,” Hawley said in an Aug. 8 tweet.

Though Hawley voted against the Inflation Reduction Act, he was one of the seven Republicans who voted with the 50 Democrats to maintain a monthly cap of $35 on the price of insulin. However, the insulin provision was eventually discarded as it fell three votes short of the 60 needed to get it passed.

The Inflation Reduction Act extends the subsidies provided under the Affordable Care Act, imposes a minimum corporate tax rate of 15 percent, and provides funds for climate-related spending and tax credits among a host of other provisions.

In the Senate, all Republicans voted against the bill, with its tax provisions being a key subject of opposition. Senate Minority Leader Mitch McConnell (R-Ky.) criticized Democrats for having “robbed American families once through inflation” and now using the bill to rob them a second time.

“Americans want Washington to address inflation, crime, and the border—not another reckless liberal taxing and spending spree,” McConnell had said in an Aug. 6 tweet.

In a statement, Sen. Lindsey Graham (R-S.C.), ranking member of the Senate Budget Committee, pointed out that the $1.9 trillion American Rescue Plan passed in 2021 has been a “disaster” for the American citizens. At that time, inflation was 2.6 percent, which has now jumped to 9.1 percent.

“Republicans warned Democrats in 2021 that if you pass the massive tax and spend bill called the American Rescue Plan, you will not rescue America. You will create a recession,” Graham added.

“Unfortunately, we were right then and we are right now.” In November, Americans will “fire” the Democratic Party for creating “chaos” in their lives, he added.

A Fox News poll conducted between July 10 and 13 found that 44 percent of respondents would vote for a Republican candidate in their district compared to 41 percent who would lean towards a Democrat candidate.