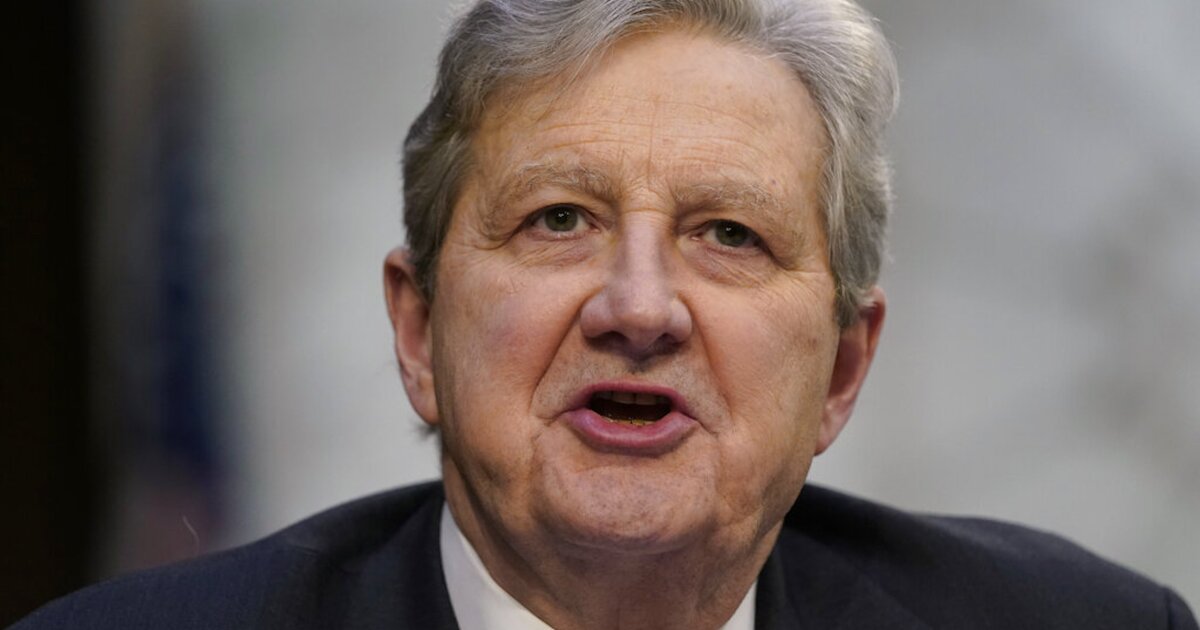 The $1.2 trillion Infrastructure Investment and Jobs Act, which was touted by the Biden administration as a major bipartisan achievement that will create jobs and provide much-needed funding for roads, bridges, water projects, and broadband access, passed Congress in August 2021.

WATCH: TULSI GABBARD CAMPAIGNS FOR KARI LAKE AND A RETURN TO ‘OBJECTIVE TRUTH’

“The American people have learned over the past 20 months that if you want something screwed up, President Biden is your man,” Kennedy said. “It has been 20 months of misery and vexation and Homer Simpson goes to Washington. I mean, pick your issue. The infrastructure bill, COVID, crime, the border, Congress, the economy, inflation, gas prices, Afghanistan, baby formula, for God’s sakes.”

“That’s why, based on the polling, you can see it,” Kennedy continued. “A majority of Americans believe that if you put the Biden Administration in charge of the Sahara Desert, it would quickly run out of sand.”

Kennedy, who is running for reelection in the Senate and is heavily favored to win, also said the “wokers” with whom Biden surrounds himself have turned him into a laughable caricature.

“The journalism professors with their comment-worthy man purses, experts like James Taylor and Vice President Harris — these people have way more zeal than wisdom,” Kennedy said. “They have turned our president into a caricature of this nice elderly gentleman — maybe on a day pass from a nursing home — happily eating ice cream and wandering around the country saying, ‘Well, the economy is slowing and prices are rising, and your 401Ks are crashing because the economy is so good and my policies are so good.’ And nobody is believing it. Because it’s not true.”

A new battleground election tracker released earlier this week showed many voters are not satisfied with the direction of the country and blame Biden. More than 70% of voters said the Biden administration’s policies are responsible for the current state of the economy, with 45% saying it is to blame “a great deal.”