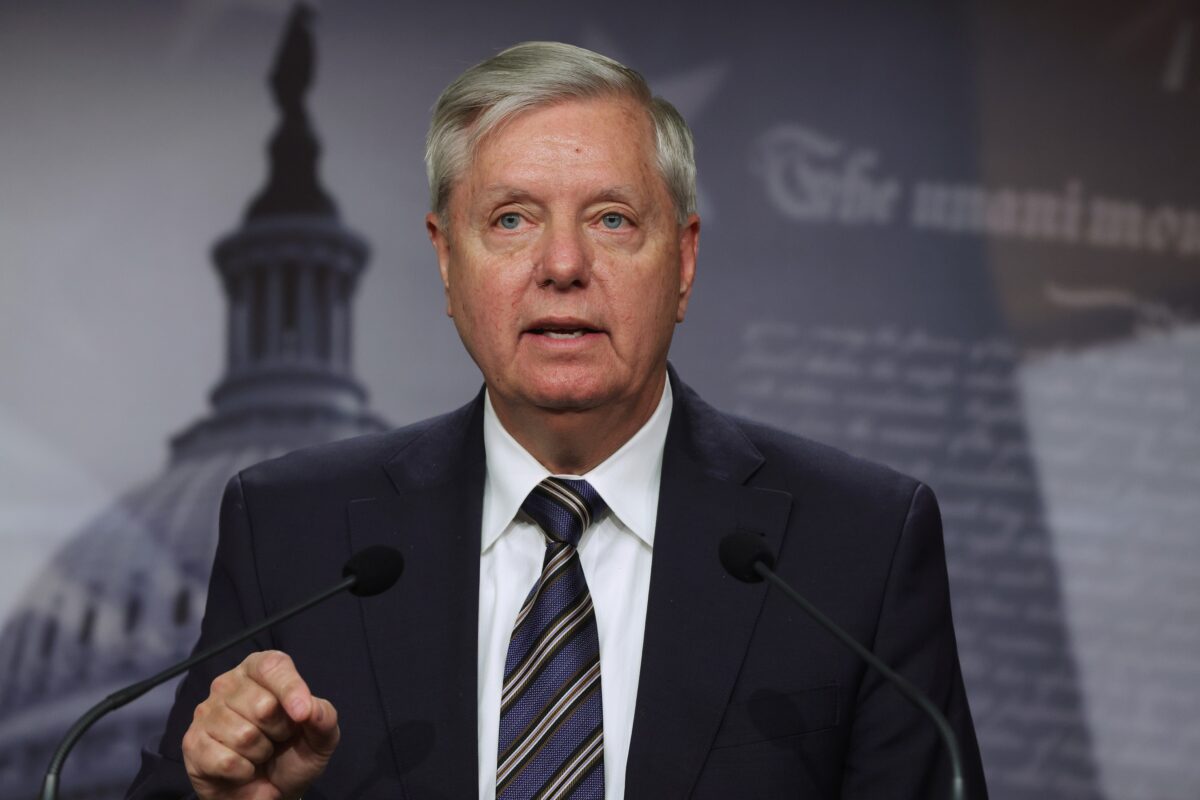 Sen. Lindsey Graham (R-S.C.) said Aug. 7 that states, not the federal government, should decide whether same-sex marriage should be legally recognized.

Graham’s comments came during a panel discussion on CNN’s “State of the Union” after HR 8404, the proposed Respect for Marriage Act, passed the House of Representatives 267-157 on July 19 with the support of 47 Republicans. The bill is pending in the 50/50 Senate where it is expected to enjoy the support of Sens. Rob Portman (R-Ohio) and Susan Collins (R-Maine.)

The bill would repeal the Defense of Marriage Act (DOMA), a 1996 law that defined marriage as the union of one man and one woman and allowed states to refuse to accept same-sex marriages recognized under other states’ laws. After then-President Bill Clinton signed DOMA, about 40 states banned same-sex marriage. DOMA was found to be unconstitutional by the Supreme Court in Obergefell v. Hodges (2015), a ruling that held that the Fourteenth Amendment requires states to license and recognize same-sex marriage.

The new bill would also codify the Obergefell ruling.

Respect for Marriage Act supporters say the bill is needed because the Supreme Court’s June 24 decision overturning 49-year-old abortion precedent Roe v. Wade potentially opened the door to the future reversal of Obergefell by the court.

Although Graham said he did not believe the Supreme Court would actually reverse Obergefell, neither the court nor the federal government should be deciding the issue of same-sex marriage for the entire nation.

“I have respect for South Carolina. South Carolina voters here I trust to define marriage and to deal with [the] issue of abortion and not nine people on the court. That’s my view.”

The proposed Respect for Marriage Act is a distraction from the problems Americans are really facing, Graham suggested.

Blumenthal said the Obergefell ruling must be codified because “there’s a real danger of it being overturned” by the high court.

“This Supreme Court has indicated it has a hit list, beginning with marriage equality, contraception, possibly others as well, Loving v. Virginia,” the senator said.

In Loving, the Supreme Court ruled in 1967 that laws forbidding interracial marriage violate the Fourteenth Amendment.

In his concurring opinion (pdf) in Dobbs v. Jackson Women’s Health Organization, which overruled Roe v. Wade, Justice Brett Kavanaugh specifically wrote that the Dobbs ruling “does not threaten or cast doubt” on Loving or Griswold v. Connecticut, a 1965 Supreme Court decision recognizing the right to use contraceptives.

In a separate concurring opinion, Justice Clarence Thomas said the court, now that it has overturned Roe, should also reconsider its “demonstrably erroneous” rulings in cases such as Obergefell and Griswold. Thomas did not identify Loving as a precedent that should be overturned.