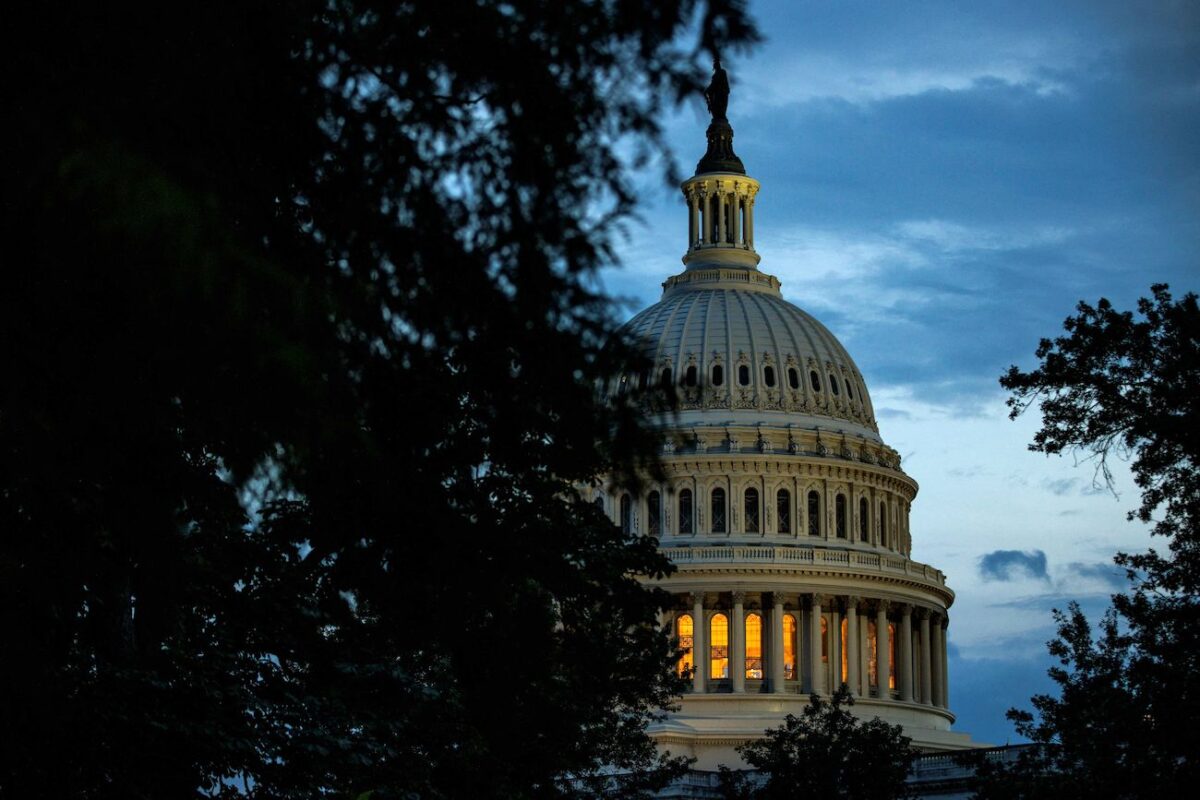 The Senate late on Aug. 6 began holding a “vote-a-rama” on a spending bill that would authorize some $430 billion in new federal spending to fulfill key elements of President Joe Biden’s agenda on climate, energy, taxes, and health care.

The legislation, dubbed the “Inflation Reduction Act of 2022,” has been pushed by Senate Democrats and unanimously opposed by Senate Republicans.

The Senate was set to debate the bill for up to 20 hours before the “vote-a-rama,” which is the final step before senators vote on the bill’s final passage in the chamber.

Democrats have chosen a process called reconciliation in an attempt to pass the legislation by a simple majority and bypass the 60-vote filibuster threshold for which they do not have enough support. The reconciliation process can be employed for legislation related to taxes, spending, and debt.

The trade-off, however, is that an unlimited number of amendments can be introduced in the vote-a-rama, when each side has just one minute to argue for or against an amendment before senators vote on it.

In the first vote of the vote-a-rama, senators voted to reject an amendment from Sen. Bernie Sanders (I-Vt.), a leading progressive, who offered an amendment on prescription drug costs that would have required Medicare pay the same lower prescription drug price as paid by the Department of Veterans Affairs. The vote was 99–1 on a motion to waive a point of order against Sanders’ amendment.

Democrats, with their 51 votes, stood united against five votes on Republican amendments in the early hours of Aug. 7, which included policies related to immigration, as well as related to energy, climate change provisions, and the IRS.

Another amendment, by Sen. Lindsey Graham (R-S.C.), was defeated; it would have erased a fee Democrats want renewed on barrels of oil that raises money for cleanups of hazardous waste. Republicans said Democrats’ proposal would boost gasoline prices, a sore point for voters after this summer’s record pump prices.

Republicans are expected to continue to introduce amendments through Sunday morning.

“The best way to stop this tax and spend inflationary madness is to fire some of the 50 so they can’t keep doing this to your family,” said Graham, top Republican on the Senate Budget Committee.

Republicans have criticized the bill as a spending “wish list” that they argue would hurt an economy already burdened by inflation. They see the bill killing jobs and raising energy costs, while undermining growth at a time when the economy is facing a potential recession.

While the bill’s final costs are still being determined, it has outlined roughly $430 billion in new spending over the next 10 years, including about $370 billion on energy and climate programs and about $64 billion to extend subsidies for Affordable Care Act program for federal subsidies of health insurance for three years through 2025.

The provisions in the legislation are expected to raise more than $700 billion in new revenue over the next decade to cover some of the trillions in cumulative deficit that the government is expected to accrue in the same period of time. A large portion of the estimated new revenue is expected to be generated by increasing the corporate minimum tax to 15 percent, as well as closing loopholes that the wealthy can use to avoid paying taxes, as well as tougher Internal Revenue Service tax enforcement.

Reuters and The Associated Press contributed to this report.