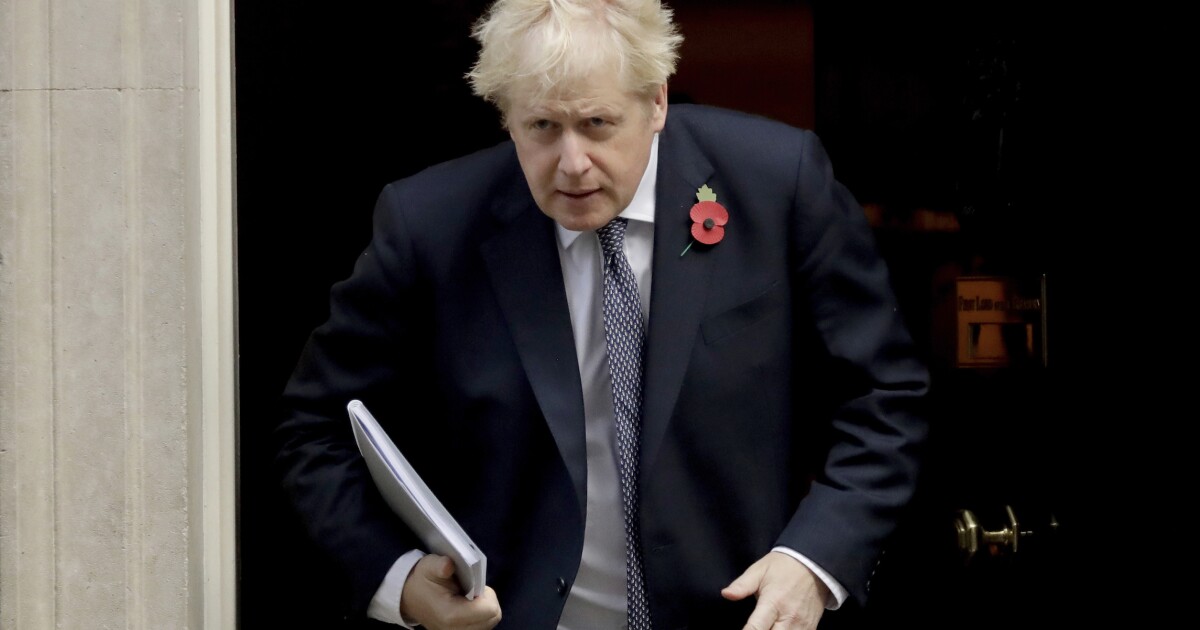 Tory British lawmakers should think twice before giving Boris Johnson another turn as prime minister, according to a prominent Senate Republican.

“Don’t reinstate the people that caused the problem,” Sen. Ron Johnson (R-WI), the ranking member on the Senate foreign relations subcommittee for Europe, advised in a Friday interview.

That blunt criticism points to the decline of Boris Johnson’s reputation not only in his home country but abroad. The former mayor of London rose to power following a Brexit campaign that led American conservatives to perceive him as a political brother-in-arms, but his big spending and imposition of pandemic-era rules too strict for himself to follow seem to have altered his reputation among some of the Americans who applauded his earlier success.

“I was disappointed,” said Sen. Johnson. “I thought he would govern as a conservative. I think he did the exact opposite.”

SENATOR: UK POLITICAL CRISIS ‘A HARBINGER OF WHAT CAN HAPPEN IN THE US’

The British Johnson was forced out in July by mass resignations over a scandal related to his appointment of a government official accused of sexual misconduct. That controversy metastasized as Boris Johnson’s team changed its story about whether the prime minister had known of the allegations before the appointment, a mortal political error given a pending investigation into whether he had lied about his violations of pandemic regulations.

“You could argue he has … paid his sentence because he resigned,” the Hudson Institute’s Luke Coffey, a U.S. Army veteran that has worked as a special adviser to the U.K. defense ministry, said. “I don’t know how voters will view it. … So does he deserve a second chance? We’ll see what the party members say. I still think it’s unlikely, but who knows at this point? We’re in uncharted British political territory.”

Boris Johnson would have to convince 100 sitting conservative members of Parliament to endorse his candidacy by Monday. His prospects rest on his presumed ability to lead the party to another election victory, but incumbent Tories would have to overcome their frustration with his scandals and lack of discipline — and trust that voters have set aside their anger about his lockdown hypocrisy.

“Boris’s hardcore loyalist support was always about 70 MPs, so it shouldn’t be hard to get on to the ballot,” one ally in Parliament told the Financial Times.

The comeback is plausible only because his successor, Liz Truss, lost control of her government by proposing an economic plan of tax cuts and increased borrowing that stunned the financial markets. The subsequent collapse of the British pound’s value seemed to vindicate the warnings of former British Chancellor Rishi Sunak, who helped trigger Boris Johnson’s ouster by resigning as his finance chief and then lost a head-to-head matchup against Truss in September.

“She was trying to address the untenable position she was provided, that she came into,” said Ron Johnson. “She was dealt a terrible hand. Who dealt her that hand?”

The American businessman-turned-Republican politician attributes Truss’s difficulty to the dilemmas presented by Boris Johnson’s fiscal and economic decisions — a combination of policies that mirrored, in his judgment, the choices that many Republicans regard as a key driver of the sky-high inflation in the United States.

Ron Johnson regards inflation, and the wider thicket of dilemmas besetting U.S. and British policymakers, as a problem of “too many dollars chasing too few goods.” Truss’s intention of cutting corporate taxes revealed a plan to drive down prices by increasing the production of those goods, in his view.

“She wanted to address the supply side of that equation, so she recommended tax cuts, and that freaked out the markets,” he said. “And whether it was justified or not, markets are markets.”

The Wisconsin Republican, for his part, would prefer to address that problem through free trade agreements — although the senator, who is in a tight reelection race, hastens to add that he wants “free and … fair trade” — including a pact between the United States and the United Kingdom.

“Again, that’s an easy thing to say and a difficult thing to accomplish,” the senator allowed.

“People don’t look at this holistically; they don’t understand the whole global supply chain and how beneficial free trade really is,” the senator lamented. “You’ve got demagogues on trade issues, and it’s harmful to us. … Part of our problem — and I experience this big time here running for reelection — is that our politics today is so vacuous. Our political debates are just so wanting of an ability to really provide the kind of depth and detail.”

Boris Johnson, of course, built his political career and the Brexit campaign on his masterful communication skills.

“People have continuously underestimated him, and he’s been able to pull a rabbit out of a hat,” Coffey said.