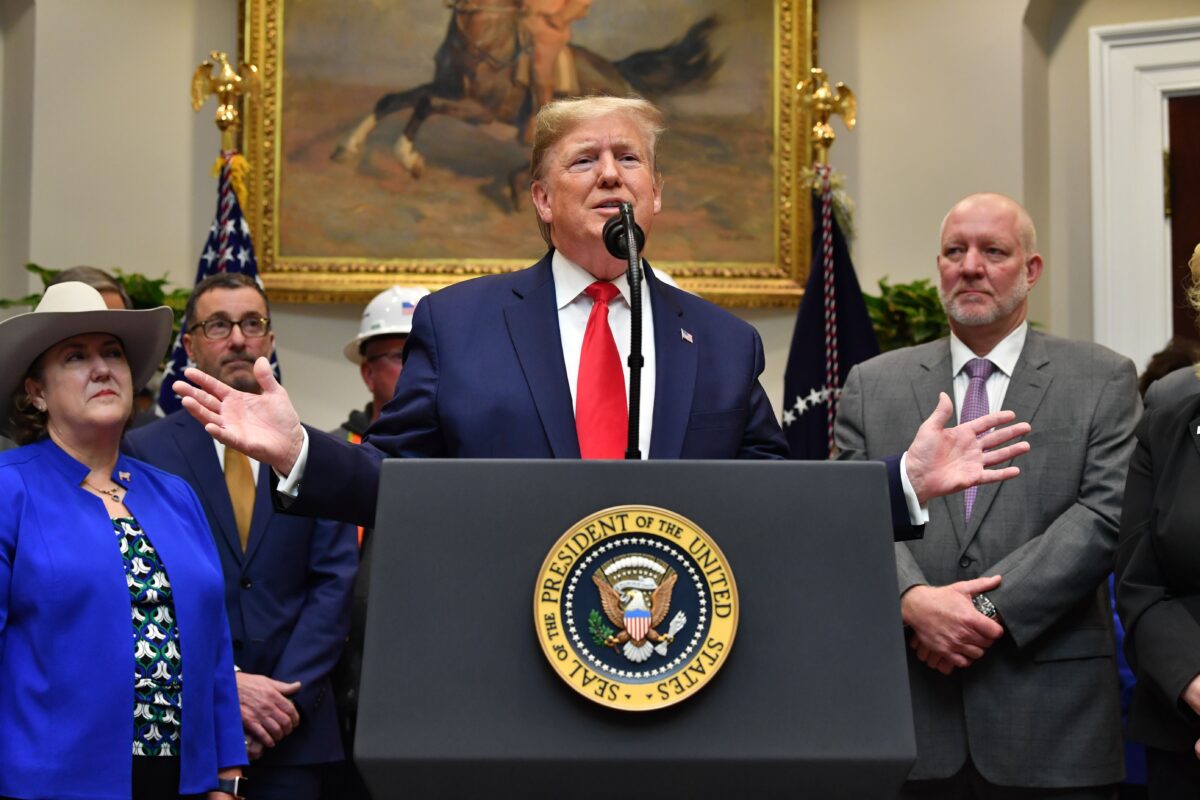 The U.S. Senate has approved a resolution seeking to undo environmental rules implemented by the Biden administration earlier this year, voting for it by a narrow margin.

Last month, Sen. Dan Sullivan (R-Alaska) introduced the S.J. Res 55 resolution under the Congressional Review Act (CRA) to nullify the Biden administration’s changes to the National Environmental Policy Act (NEPA) made in April. On Thursday, the resolution was approved 50-47, with Sen. Joe Manchin (D-W.Va.) siding with Republicans on the matter.

In April, the Biden administration announced that it was restoring environmental regulations under NEPA that President Donald Trump had rolled back in 2020. Trump’s decision was motivated by a desire to cut red tape and make it easier to complete infrastructure projects in America.

After introducing the resolution last month, Sullivan had said that the provisions of the CRA will force Democrats to make a choice.

“Will they capitulate to the far-left radical environmentalists, or will they stand with the American people and the hard-working men and women of this country who build the vital hard infrastructure projects we need?” he asked in a July 14 press release.

The CRA is specifically used to undo regulations implemented by the federal government. Resolutions made under the CRA cannot be subject to filibusters.

However, the GOP battle to nullify Biden’s changes now has to pass the House and get the president’s signature if it is to succeed. Given that Biden approved restoring the NEPA rules, getting him to undo his own actions is a tall order.

When Trump rolled back some provisions from the Nixon-era NEPA act in 2020, he called the federal approval process for infrastructure projects “outrageously slow and burdensome.”

“The United States can’t compete and prosper if a bureaucratic system holds us back from building what we need,” he said at the time.

Trump’s executive order called for bridge and highway construction projects, public works, and energy projects like LNG terminals and pipelines to be fast-tracked through the permitting process.

In April, Biden restored the requirement that federal agencies rigorously evaluate all environmental effects of their decision, including in the construction of highways, oil wells, and pipelines.

At the time, Rep. Bruce Westerman (R-Ark.), who sits on the House Natural Resources Committee, had warned that the White House decision would “weaponize NEPA” by making the regulation harder to navigate.

“At a time when we should be coalescing around bipartisan ways to lower gas prices, tame skyrocketing inflation, and fix the supply chain crisis, President Biden is unfortunately reinstating archaic NEPA regulations that will only result in delays and red tape and feed activist litigation,” he said.