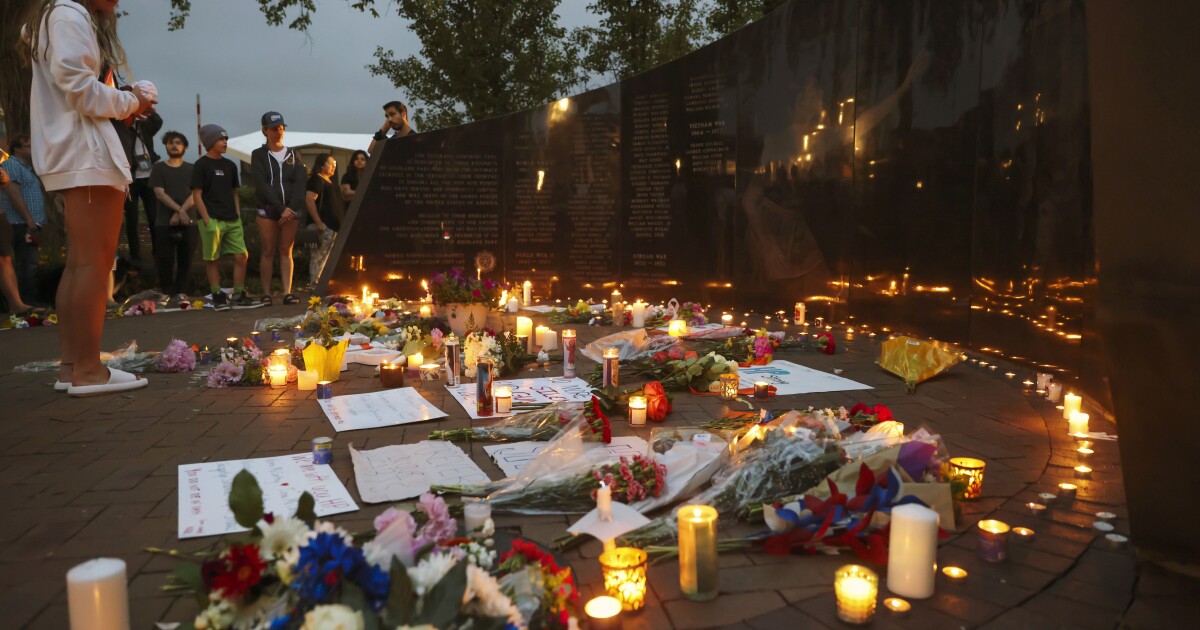 A seventh person who died from the shooting rampage at an Independence Day parade in Highland Park, Illinois, has been identified.

Eduardo Uvaldo, 69, was pronounced dead at Evanston Hospital, where he had been transported after the shooting spree, according to CBS. Uvaldo was shot in the head during the attack, his granddaughter, Nivia Guzman, said on a GoFundMe page.

“My family attends every year filled with happiness and laughter. This year was different, this year was filled with fear, sadness, and tragedy,” she said. “Unfortunately my grandpa got shot in the arm, then in the back of the head. … My grandpa is a kind, loving, and funny man who did not deserve this.

UPDATE on another victim of the parade shooting.
The Cook County Medical Examiner’s Office has been notified of the death of 69-year-old Eduardo Uvaldo. He was pronounced dead today at 7:47 a.m. at Evanston Hospital. #HighlandPark #masshooting pic.twitter.com/yqNvsj76ST

Some initial reports indicated that Uvaldo was the eighth victim of the attack, but Lake County Major Crime Task Force spokesman Christopher Covelli clarified that he was the seventh.

“That is the seventh victim. It’s a total of seven victims that have passed,” Covelli said outside the Lake County Courthouse on Wednesday following the gunman’s first court appearance.

Five people were pronounced dead at the scene of the Monday shooting, and two people succumbed to their injuries later. Dozens of people were wounded in the attack.

Gunman Robert “Bobby” E. Crimo III, 21, confessed to the shooting, prosecutors said during a bond hearing on Wednesday, according to NBC. He specifically admitted to using a Smith and Wesson M&P 15 rifle, loading 30-round clips into the firearm twice.

A judge ordered Crimo to be held without bail. Crimo was charged with seven counts of first-degree murder, prosecutors announced Tuesday.