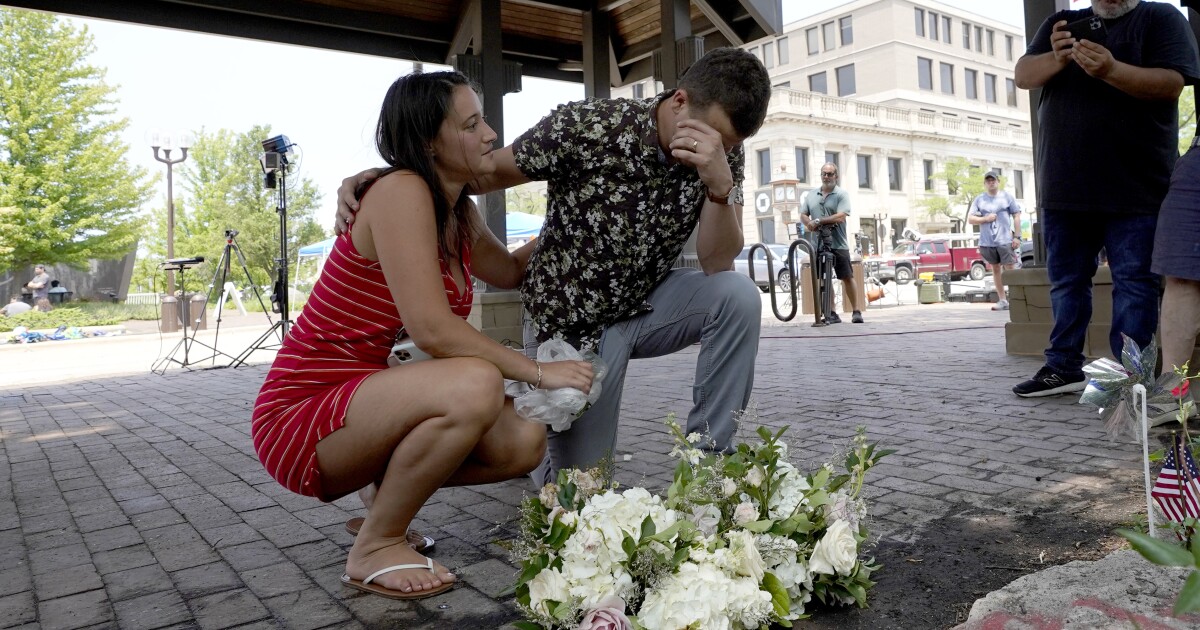 A seventh person died from injuries sustained during the mass shooting at an Independence Day parade in Highland Park, Illinois, according to police.

The identity of the seventh victim was not clear, but more than 30 victims had sustained injuries from the shooting spree in which a gunman unleashed over 70 rounds of bullets into the crowd in a Chicago suburb, according to police and medical officials.

Five victims were initially pronounced dead at the scene Monday, and a sixth fatality was declared after one of the victims succumbed to injuries at a nearby hospital, according to officials. All of them were identified as adults. Police said a seventh person died in a hospital Tuesday, according to the Associated Press.

Roughly 26 victims had been transported to Highland Park Hospital, and several more went to other nearby hospitals, Axios reported. The victims ranged in age from 8 to 85, officials said.

Most of the identities of the victims who died from gunfire wounds have not been released to the public. So far, at least two of the victims have been named by family members and confidants: Nicolas Toledo, 76, and Jacki Sundheim, according to the New York Times.

Toledo was watching the parade from his wheelchair when bullets pierced through him, his granddaughter said, according to the outlet. Sundheim was named as a victim by her synagogue, the North Shore Congregation Israel in Glencoe, Illinois.

Robert “Bobby” E. Crimo III, 21, identified as a person of interest, was taken into custody Monday following a brief chase from police. He is believed to have planned the attack for weeks and acted alone, according to police. Authorities initially said Crimo was 22.

Public video postings from Crimo reviewed by the Washington Examiner appeared to show him previewing his desire to commit acts of violence. A motivation for the shooting is not clear, police said.

Crimo allegedly used a fire escape to scale the building of a local business and perched himself on the roof to open fire, police said. He is believed to have donned women’s clothing to “conceal his facial tattoos and his identity and help them during the escape with the other people who are fleeing the chaos,” according to Lake County Major Crime Task Force spokesman Christopher Covelli.

The Washington Examiner reached out to a spokesperson for the Lake County Sheriff’s Office for comment.

Charges are expected to be issued against Crimo later Tuesday. The parade shooting marked one of at least four shootings that transpired in Illinois since Friday, per the Gun Violence Archive.