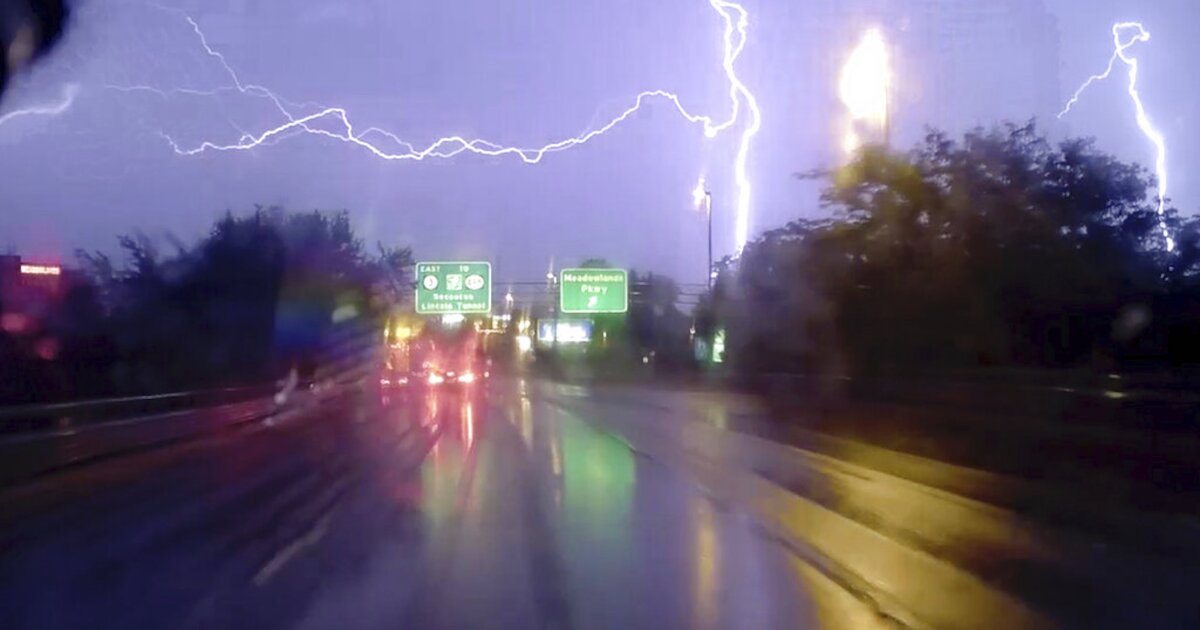 Though the central U.S. is likely to face the worst of the storms, multicell and pulse storms will appear in an area extending from the Ohio Valley to the Carolinas, which could bring damaging winds, the National Oceanic and Atmospheric Administration’s Storm Prediction Center said.

Windstorms in recent days resulted in a derecho that extended hundreds of miles across the central U.S., producing green skies in parts of South Dakota as a result of light refraction within the storms.

A large dome of high pressure is causing a heat wave in the Southeast, and thunderstorms are expected along the periphery of the dome, Fox Weather reported.