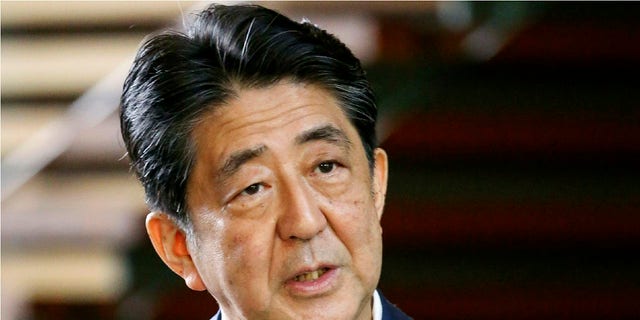 Former Japanese Prime Minister Shinzo Abe has died after being shot while giving a speech on a street in Nara in western Japan Friday, according to state broadcaster NHK.

Earlier Friday morning, Japan’s Prime Minister Fumio Kishida gave an emotional press conference where he said Abe, 67, was in “severe condition” and he hopes he will survive. Abe was taken from the scene of the shooting unconscious and in cardiac arrest with no vital sings, Japanese media outlets Kyodo News and NHK reported.

Kishida, who belongs to the same political party as Abe, returned to Tokyo from a campaign trip after the shooting. Kishida spoke to reporters at the prime minister’s office, saying Abe was receiving utmost medical treatment. “I’m praying for former prime minister Abe’s survival from the bottom of my heart,” he said.

Kishida called the attack “dastardly and barbaric” and that the crime during the election campaign, which is the foundation of democracy, is absolutely unforgivable.

Video posted to social media appeared to capture the moment Abe was shot. He is seen speaking to a crowd when suddenly a loud bang is heard and cloud of smoke erupts. People in the crowd are heard gasping in shock. A second blast is heard just as the camera pans away.

It appears Abe was shot from behind. At the time, he was making a campaign speech ahead of Sunday’s election for the parliament’s upper house.

U.S. Ambassador to Japan Rahm Emanuel said in a statement: “We are all saddened and shocked by the shooting of former Prime Minister Abe Shinzo. Abe-san has been an outstanding leader of Japan and unwavering ally of the U.S. The U.S. Government and American people are praying for the well-being of Abe-san, his family, & people of Japan.”

U.S. Secretary of State Antony Blinken, who was in Bali, Indonesia for a G20 meeting, said he was “deeply saddened about the shooting” and “Our thoughts, prayers are with him, his family, and people of Japan. Very sad moment.”

Former president Donald Trump reacted to Abe’s shooting on his social media platform Truth Social, writing: “Absolutely devastating news that former Prime Minister Shinzo Abe of Japan, a truly great man and leader, has been shot, and is in very serious condition. He was a true friend of mine and, much more importantly, America. This is a tremendous blow to the wonderful people of Japan, who loved and admired him so much. We are all praying for Shinzo and his beautiful family!”

Former Vice President Mike Pence took to Twitter early Friday morning to say he and his wife Karen are “deeply troubled to learn of the shooting of former Prime Minister Shinzo Abe.”

Pence continued, “Abe-san was a remarkable leader of Japan and an unshakeable ally of the U.S. We join millions praying for this truly good man and his family. God bless Shinzo Abe.” He shared the tweet along with a picture of himself with Abe.

President Biden and Vice President Kamala Harris have yet to release any statements.

A male suspect was detained at the scene and a gun was confiscated. NHK identified the suspect as Yamagami Tetsuya, 41.

According to NHK, several of the country’s Ministry of Defense officials said Yamagami had been working for the Maritime Self-Defense Force for three years until around 2005. He reportedly told police that he was dissatisfied with former Prime Minister Abe and wanted to kill him.

In this image from a video, Tetsuya Yamagami is detained near the site of gunshots in Nara, western Japan Friday, July 8, 2022. Former Japanese Prime Minister Shinzo Abe, an arch-conservative and one of the country’s most divisive figures, was shot and critically wounded during a campaign speech Friday in western Japan. He was airlifted to a hospital but officials said he was not breathing and his heart had stopped. Nara prefectural police confirmed the arrest of Yamagami, 41, on suspicion of attempted murder. (Kyodo News via AP)

Abe is Japan’s longest-serving prime minister. He served from 2006 to 2007 and again in 2012 until he resigned in 2020 after his ulcerative colitis, a chronic condition, resurfaced, calling his decision at the time “gut-wrenching.”

During his term, he focused on the economy, rebuilding Japan’s military and being a larger player in international affairs.

This is a breaking story. The Associated Press contributed to this report.