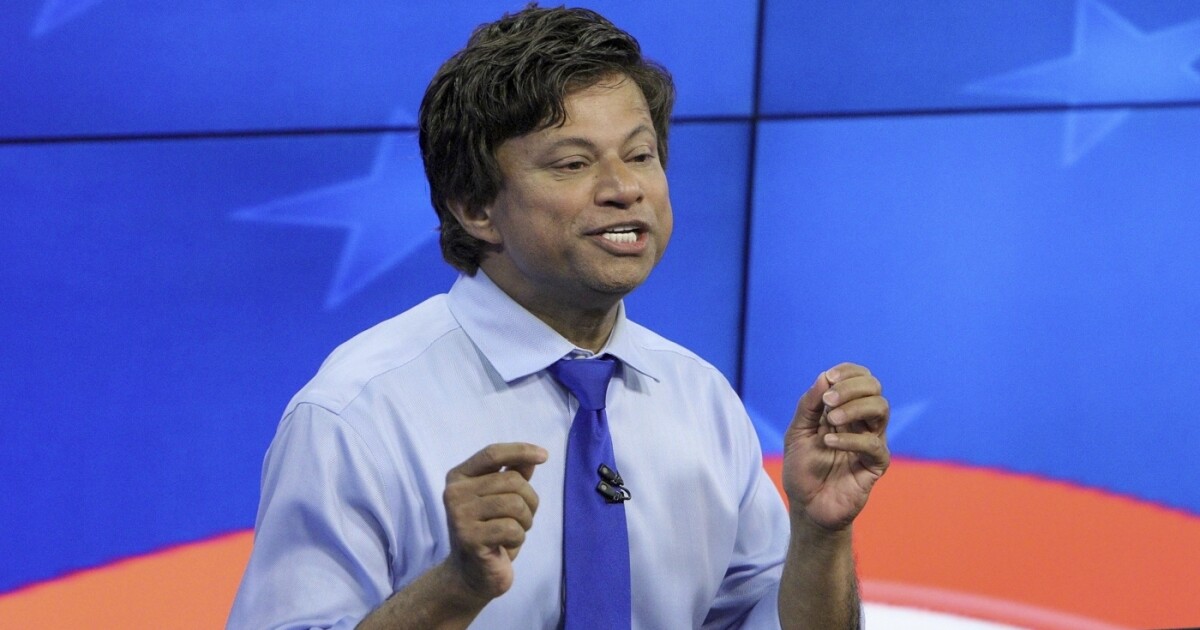 A multimillionaire businessman-turned-progressive state legislator won last week’s Democratic primary to represent a deep-blue, Detroit-area House seat, all but assuring himself a seat in Congress next year but drawing steep pushback from much of the city’s political establishment.

Shri Thanedar narrowly won his party’s nomination in Michigan’s 13th Congressional District on Aug. 2, dispatching a slate of high-profile rivals, including a state senator and the CEO of a prominent nonprofit organization focused on racial equity.

Thanedar, who poured $10 million of his own money into an unsuccessful run for governor in 2018, moved to Detroit from Ann Arbor in 2019 in order to run for the state House seat he currently holds. Now, the Indian-born entrepreneur, business executive, and first-generation immigrant is poised to usher in a new era for overwhelmingly African American Detroit — his election to Congress will mark the first time in nearly 70 years that the Motor City is left without any black representatives in Washington.

Detroit is currently split between two congressional districts held by “Squad” member Rep. Rashida Tlaib and retiring Rep. Brenda Lawrence, whose seat Thanedar is seeking to fill. Tlaib, first elected in 2018, succeeded the late Rep. John Conyers Jr., who was a House member for over 50 years before resigning in 2017 amid sexual harassment allegations. And Lawrence — who, along with Conyers, is black — was first elected to her seat in 2014. Both Lawrence and Conyers were members of the Congressional Black Caucus; Conyers in particular was known as an outspoken civil rights advocate, and, as one of CBC’s founding members, was the informal “dean” of the powerful group.

WITH MEIJER’S GOP PRIMARY LOSS IN MICHIGAN, TRUMP AND DEMOCRATS BOTH NOTCH A WIN

The Democratic-dominated city’s political leaders tried to coalesce around a successor to Lawrence after she announced she wouldn’t seek reelection, but intraparty divisions prevented them from getting behind a single black candidate. Despite being the only nonblack candidate in the race, Thanedar defeated his eight primary rivals with just 28.3% of the vote; the runner-up, state Sen. Adam Hollier, garnered just 23.5%. Hollier, who was endorsed by Detroit Mayor Mike Duggan and much of the city’s political establishment, was also the contest’s lead fundraiser but couldn’t match his multimillionaire opponent’s decision to pour $5 million of his own wealth into his campaign.

Still, what perhaps ultimately hurt Hollier the most was the enormous vote split caused by the large number of candidates and the city establishment’s inability to settle on one. Rounding out the top five vote-getters, nonprofit CEO Portia Roberson, who was backed by Lawrence, came in third with 16.9% of the vote, while Conyers’s son and former state Rep. Sherry Gay-Dagnogo captured about 8% each.

But in a city where nearly 80% of the population is black, the prospect of no black representation at the federal level has been jarring for local leaders — along with Tlaib, who is of Palestinian descent, Michigan’s two senators are both white.

The day after the primary, Gay-Dagnogo told reporters that “many people woke up this morning justifiably concerned” that black Detroiters would be left without one of their own in Congress.

“At a time when the Black community is reeling from a rollback of voting rights and Black women — who already face inequity with maternal health and barriers to safe abortion care — deal with the impact of the Roe v. Wade reversal, Black representation in Congress for Michigan and for Detroit matters now more than ever,” she added.

Mario Morrow, a prominent Detroit-area Democratic political consultant, echoed Gay-Dagnogo’s concerns, describing Thanedar’s primary win as “devastating” for the black community and going so far as to indicate city leaders could seek to oust him from Congress after just one term.

“I don’t think he’s going to deliver,” Morrow said. “And if he doesn’t, they’re coming after him in two years, and there will not be eight other people running against him. It will be a targeted, well-organized campaign.”

Local journalist and radio show host Bankole Thompson, who has long been an influential voice in Detroit politics, penned a blistering op-ed in the Detroit News last Wednesday attacking Thanedar’s primary win as a “big mistake” precipitated by a “crowded field of Black candidates.”

“I don’t see him as profoundly concerned about the issues of poverty and inequality facing Black people in Detroit,” Thompson wrote. “The city stands to gain nothing significant, unless he is consistently and publicly pressured to do so. Thanedar doesn’t seem to possess strong ideological or political conviction on issues dealing with civil and human rights.”

Thompson published another Detroit News op-ed yesterday, in which he wrote that Thanedar had “bamboozled” voters, arguing that his win “effectively denies Detroit Black representation in Congress” and acknowledging that it “caused a lot of heartburn in the Black establishment class.”

He also quoted another influential Detroit power-player, political consultant and radio show host Adolph Mongo, who dismissed Thanedar as a “carpetbagger” and said his win demonstrated the city was experiencing a “power vacuum” that could only be solved by black political leaders stepping up to the plate.

Thanedar, for his part, has strenuously tried to downplay racial politics as a factor in his campaign. He told Axios after his primary win that his race was unimportant to black Detroiters, arguing that his would-be constituents were far more concerned with poverty, crime, and cost-of-living issues.

He’s also attempted to rebrand himself as a champion for racial justice by promoting issues he thinks are popular in the African American community, such as reparations. Thanedar introduced a bill in the state legislature earlier this year that would allocate $1.5 billion in federal funds to create a “Racial Equity and Reparations Fund” in the Michigan Department of Treasury and has promised to push for federal reparations legislation if elected to Congress.

Still, it seems Thanedar has a lot of work to do to win over his new constituents, many of whom remain dissatisfied with his victory last week.

Thompson dismissed his support for reparations as pandering, arguing that Thanedar “jumped on the bandwagon” of an issue that he knew would “play well to a constituency he was trying to appeal to ahead of the primary.” And Morrow said that Detroit’s political leaders would be watching Thanedar’s actions in Washington very carefully, as they look ahead to 2024 and weigh backing efforts to make him a one-term congressman.

“Shri Thanedar was elected by default, and I think he knows that,” Morrow said last week. “We still are looking for leadership — true black leadership in the city.”