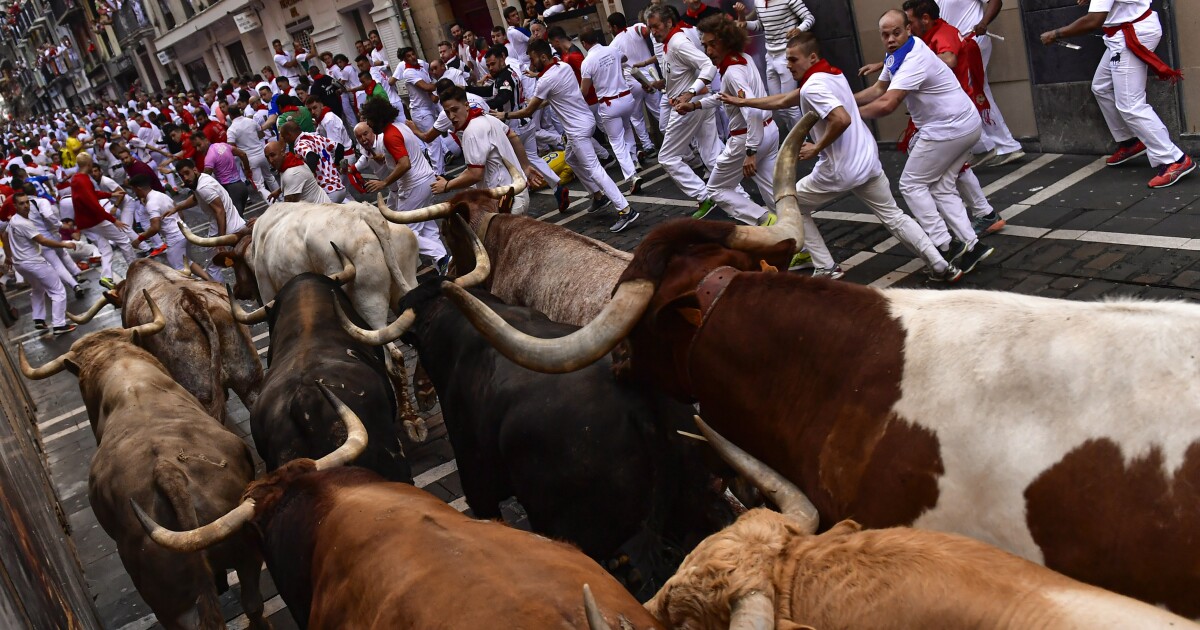 Spain’s famous bull run in Pamplona began Thursday for the first time since 2019 and resulted in six injuries.

The Navarra regional government press office reported that one American and four Spaniards have been hospitalized as a result of their injuries from the first day, but none of them have been gored.

One 30-year-old man from Atlanta suffered a broken arm, while a 16-year-old girl lost part of her finger in the bullring, and four Spaniard men between the ages of 19 and 45 sustained various injuries.

This bull run, or encierro, is part of the San Fermin festival, which celebrates a Christian convert of the same name from the third century. Encierro began in the 1400s to commemorate the arrival of cattle merchants to the area every summer.

Six bulls along with six domesticated oxen ran the streets of Pamplona for 2 minutes and 35 seconds, with thousands of people from all over the world wearing red and white running alongside them. The six bulls are killed later in the day by professional bullfighters, with new bulls slated for the next run.

Five in hospital as Spain’s Pamplona bull run returns: Half-tonne fighting bulls knock over thrill-seekers in the first bull run in three years at Spain’s San Fermin festival in Pamplona, with five people taken to hospital. There were no fatal injuries, but several daredevils pic.twitter.com/UIFG3NhuGr

San Fermin was canceled in 2020 and 2021 because of the coronavirus pandemic. The last festival in 2019 saw 39 injured with eight gored. This year, there will be seven more bull runs, with the festival coming to an end on July 14.