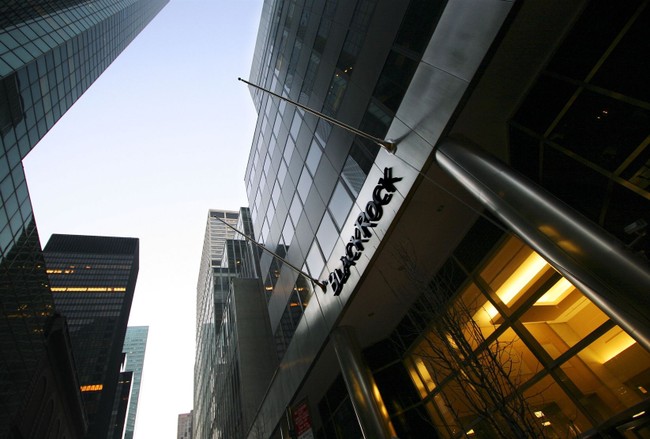 ESG — it’s an acronym conservatives may have heard thrown around on cable news and in the pages of Townhall as those resistant to the woke agenda fight back on this new front being opened by the left to inflict their will on unwilling and sometimes unwitting Americans. But what is ESG and how is it being used? It’s a question that keeps popping up in our comment section so we decided to dive deeper into ESG — which stands for environmental, social, and governance — and how it’s being used as a bludgeon against the left’s ideological opponents.

As Andy Puzder, the former CEO of CKE Restaurants — parent to Hardee’s and Carl’s Junior — has explained, the basic tenets of ESG are radical environmental policy — the so-called “green” energy transition, progressive social policy — requiring woke principles to be enacted within a company from the top down, and governance policies that see merit-based systems replaced with preferences based on race or sex.

These ideas and policies, of course, aren’t new. But ESG has teeth where previous attempts lacked meaningful enforcement. That’s because ESG has been adopted by some of the largest financial firms in the United States. Namely BlackRock, Vanguard, and State Street. Their holdings make them the number one shareholder in 80% of the companies in the S&P 500, Puzder notes. The power they get as shareholders allows them to force companies to implement ESG as upstream controllers of a company — whether all the Americans whose funds they hold agree with ESG or not.

Vivek Ramaswamy, who has launched Strive Asset Management — an anti-ESG alternative to the BlackRocks and Vanguards of the world — explained the nefarious way in which ESG-advancing firms consolidate power to inflict their radical will. “It’s the money of everyday American citizens that’s being used to advance this ideology that most of them actually disapprove of,” Ramaswamy said on CNBC. “And that’s a disconnect that we have to address.” With Strive Asset Management, Ramaswamy is indeed addressing it by offering a competitive alternative.

The consequences of ESG, in addition to the forced woke-ification of massive American corporations, include a loss in financial benefit for the shareholders whose money the asset managers are entrusted to steward. Puzder explained that ESG “policies do not encourage profits” and, in fact, “ESG investing is a negative for profits, it’s a negative for investor returns” and “it’s only a positive if you’re one of these progressive crusaders who’s trying to get these issues through and force them down Americans’ throats without going to the ballot box.”

In a Wall Street Journal op-ed with former U.S. Rep. Diane Black (R-TN), Puzder noted that, “[t]o the extent portfolio managers use ESG to justify investing in companies that are less profitable than alternatives, they are imposing a tax on their clients in the form of reduced returns. But shareholders don’t agree to pay this tax, and most have no idea the extent to which it’s being imposed,” Puzder and Black warned.

The pro-ESG crowd isn’t going to be content to just inflict woke policies in corporations, either. Some, such as Alibaba Group president J. Michael Evans excitedly spoke at the World Economic Forum about an “individual carbon footprint tracker” that could be used to force compliance with restrictions on personal freedom.

In the not-so-distant future, “personal ESG scores” could also limit opportunities for individuals who don’t abide by what ESG agenda-setters demand to get loans for businesses or homes and generally preclude Americans from full and free participation in the economy. The impact of such policies have already made themselves apparent when the big three credit card companies — American Express, Visa, and MasterCard — began coding firearm purchases differently, allowing them to track firearm owners and potentially stop sales or punish buyers.

Whether its requiring “carbon zero” goals, woke HR practices, or a quota for C-suites to have a certain number of racial or gender minorities in place regardless of qualifications or performance, the woke warriors using ESG already have the power to force such changes through the holdings of BlackRock, Vanguard, and State Street.

But how is their will actually inflicted on corporations? Well, through wielding their power as managers of a large number of shares in major companies along with assistance from the Biden White House and federal bureaucracy. “What they do is they go out and threaten these companies with adverse votes on director nominees or adverse votes on shareholder proposals unless they adopt these radical policies,” Puzder explained.

Calling the situation “dystopian,” Puzder noted how the federal government under Joe Biden has joined the ESG fight. “You’ve got the SEC talking about climate disclosures. You’ve got the Department of Labor wanting to make it so that 401k plans can have these investments that don’t focus on returns, they focus on politics,” he explained. “They’re doing everything they can to empower these financial elites to take advantage of this incredible power they’ve acquired investing our money to force these companies to pursue this progressive agenda,” Puzder added. “It’s a shortcut around our democratic process to accomplish goals that they can’t otherwise accomplish because they’re not popular.”

ESG is also being used, as mentioned in tandem with the Biden administration, to circumvent the will of Americans as expressed through their elected representatives in Congress to force an “energy transition.” Rupert Darwall, a senior fellow at the RealClearFoundation, wrote recently that “Corporate and Wall Street ESG policies are another factor driving refinery closures, especially of facilities owned by European oil companies to meet punishing decarbonization targets that will effectively end up sunsetting them as oil companies.”

Enter the SEC’s attempt to enact “climate disclosure rules” that run parallel to ESG policies. “If finalized as proposed, the Securities and Exchange Commission’s proposed climate disclosure rules, with the strong support of the Biden administration,” Darwall noted, “will heighten the vulnerability of U.S. oil and gas companies to climate activists and woke investors to force them to progressively divest their carbon-intensive activities, such as refining crude oil, and eventually out of the oil and gas sector altogether.”

Some states, in addition to people like Puzder and Ramaswamy, have found success pushing back against ESG and the firms that seek to implement its radical policies. States such as Louisiana and most recently Missouri have divested state pensions and other funds from BlackRock in order to ensure state employees aren’t unwillingly funding priorities at odds with their values. Plus, removing funds from firms like BlackRock allows states to ensure their employees’ funds are being managed by those who prioritize strong returns over woke ideology.

Former Vice President Mike Pence has also been outspoken among Republicans in his criticism of ESG while calling on the GOP to oppose its policy agenda. Writing in The Wall Street Journal, Pence warned that “ESG is a pernicious strategy, because it allows the left to accomplish what it could never hope to achieve at the ballot box or through competition in the free market” by empowering “an unelected cabal of bureaucrats, regulators and activist investors to rate companies based on their adherence to left-wing values. Like the social credit scores issued by the Chinese Communist Party, a low ESG score can be devastating, making it virtually impossible for a company to raise capital—and that is exactly the point,” Pence explained.

At its core, ESG is code for “hostile takeover of corporate activity to force a radical agenda,” and at its farthest reaches, it seeks to assign gold stars and demerits based on the activity of individuals to require adherence to leftist “norms” that could curtail economic participation by those who resist conformity with ESG’s prescribed way of living and doing business. It’s bad for economic prosperity and worse for individual freedom, but the debate that’s raging is a positive sign — as are those with the power to do something about it ramping up their opposition — that this is a fight that can be won for those who favor liberty over leftist homogeneity.