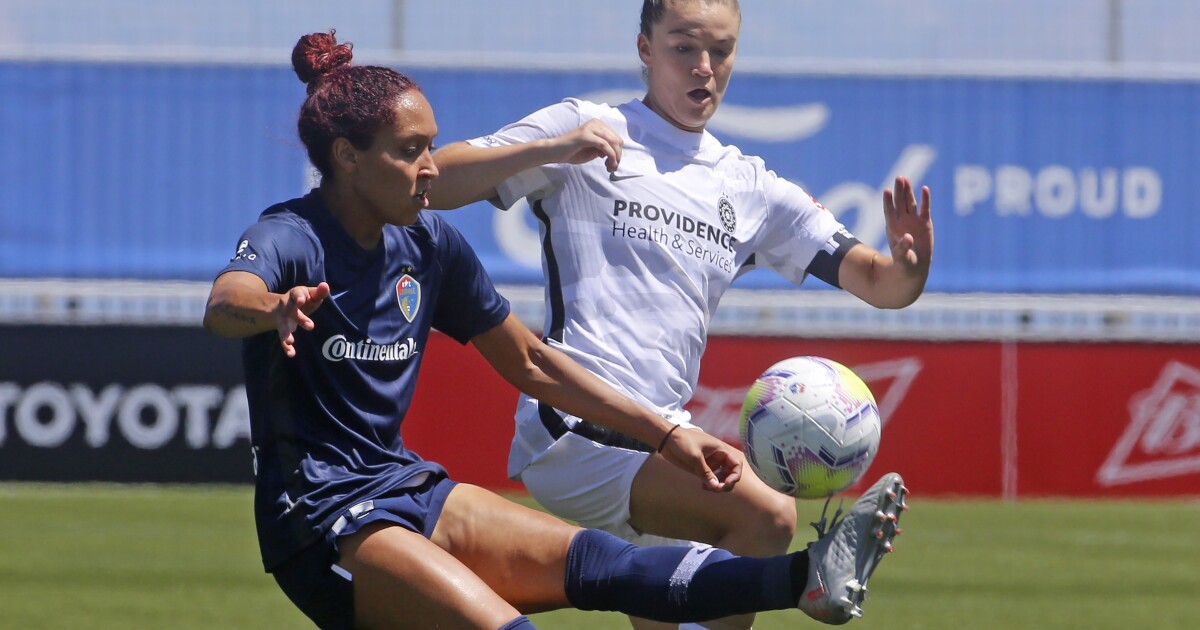 A National Women’s Soccer League player sat out of a game Friday after refusing to wear a Pride-themed jersey.

Jaelene Daniels, a defender for the North Carolina Courage, was not on the field for the team’s game against the Washington Spirit as part of its Pride Night celebrations.

“Jaelene will not be rostered tonight as she has made the decision to not wear our Pride jersey,” the Courage said, per ESPN. “While we’re disappointed with her choice, we respect her right to make that decision for herself.”

“We’re excited to celebrate the LGBTQIA+ community with our fans, players and staff tonight and look forward to hosting our first ever Pride Festival before kickoff,” the Courage added.

In 2017, Daniels, formerly known as Jaelene Hinkle before getting married in 2020, cited her Christian faith as to why she then refused to wear a Pride-themed jersey, stopping her from playing for the U.S. women’s national team.

“I just felt so convicted in my spirit that it wasn’t my job to wear this jersey,” the soccer player told The 700 Club. “I gave myself three days to just seek and pray and determine what he was asking me to do in this situation … I knew in my spirit I was doing the right thing. I knew I was being obedient.”

Daniels signed a one-year deal with the Courage in December amid criticism about her past comments on gay rights.

“I remain committed to my faith and my desire for people to know that my love for them isn’t based on their belief system or sexuality,” she said in a statement posted to Twitter. “I pray and firmly believe that my teammates know how much I cherish them, respect them, and love them.”

Daniels has not yet commented on missing Friday’s game.