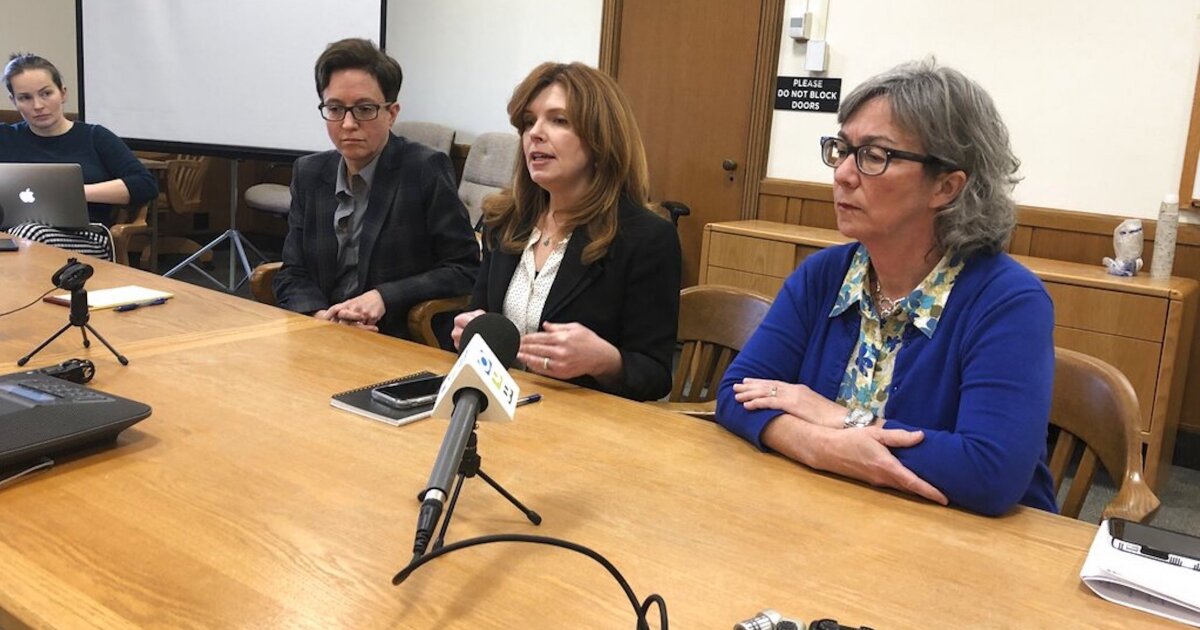 A well-known, well-liked independent candidate is making life hard for the party standard-bearers in the gubernatorial race in Oregon.

New polling suggests independent Betsy Johnson and Democrat Tina Kotek are leaving Republican Christine Drazan behind in the open seat race for the governor’s mansion. However, the historic unpopularity of the retiring Gov. Kate Brown, a Democrat, and a looming red wave gave Republicans hope that they might have their first chance at seizing the top position in the state for the first time in 40 years.

“As the Oregon Gubernatorial election enters the summer, it’s clear that Betsy Johnson has gained the upper hand on the field,” read a polling note from GS Strategy Group. “As voters increasingly tune in to their choices, she is personally viewed most positively, and the idea of an independent governor drives undecideds to her.”

A poll from GS Strategy Group, which interviewed 600 likely voters between June 23 and June 29, gave a rosy picture for Johnson, a possible spoiler in this year’s contest. Johnson, a former state senator who was a Democrat when in office, announced she would be running an unaffiliated campaign last year. Johnson said she didn’t want to participate in the extreme partisan edges she was seeing in both parties.

And her campaign along those lines appears to be working. Johnson is distancing herself not only from liberal Democrats, but Republicans who back former President Donald Trump.

“Having to choose between another left-wing liberal promising more of the same or a right-wing Trump apologist — is no choice at all,” Johnson wrote in an email to supporters at the time, according to OPB. “Oregonians deserve better than the excesses and nonsense of the extreme left and radical right. … That’s why I have decided to run for Governor as an independent leader unaffiliated with any party and loyal only to the people of Oregon.”

Johnson and Kotek, the former state House speaker, are running neck and neck, with Kotek edging out Johnson when voters were asked who they would vote for if the race was held today. Kotek, a well-known name in the state, earned 33% of the voters, 30% of voters said they would support Johnson, and 23% said they would line up behind Drazan.

Kotek and Drazan both saw their support drop slightly compared to when voters were asked the same question in May. Meanwhile, Johnson’s support jumped from 22% in the May poll.

Johnson’s decision to run as an unaffiliated candidate has given her an early boost, as Oregonians appear to be tiring of the progressive politics of the Democratic Party. Brown has been voted the least popular governor in the country, and Kotek represents a continuation of Brown’s progressive administration.

A weariness with progressive politicians was reflected in the polling done for Johnson. Most respondents (41%) said they would prefer to vote for a “qualified, common-sense independent” as opposed to a “socially progressive Democrat” (32%) or a “devout Trump Republican” (24%).

However, while Kotek fits the mold of another “socially progressive Democrat,” Drazan doesn’t align with the “devout Trump Republican” sticker.

The Oregonian endorsed Drazan in the May Republican primary. The board noted Drazan’s political skills, taking over as the House minority leader after only being in the job for nine months, and touted her ability to wrangle a rowdy group of Republicans into a bloc capable of making life difficult for Kotek and the Democrats who had a supermajority.

Drazan has a conservative track record that might make it hard for her to gain popularity with Democratic voters, especially after she made a name for herself leading a walkout to stall a climate change initiative in 2020. However, she has stopped short of embracing the fringe political positions some Republicans have. The Republican has called for improving election security, but she has made it clear she doesn’t think President Joe Biden “stole” the 2020 election from Trump.

Drazan has also taken a careful line on questions of abortion and same-sex marriage.

The Republican candidate told OPB this week that she doesn’t oppose same-sex marriages, and if she were governor, she wouldn’t take any kind of action to reverse laws allowing those unions if the Supreme Court were to overturn the national protection they have currently.

Drazan said she wouldn’t comment on whether she would support legislation banning abortion in the state, but said she supports “commonsense regulations on abortion, including protecting life in the third trimester.”