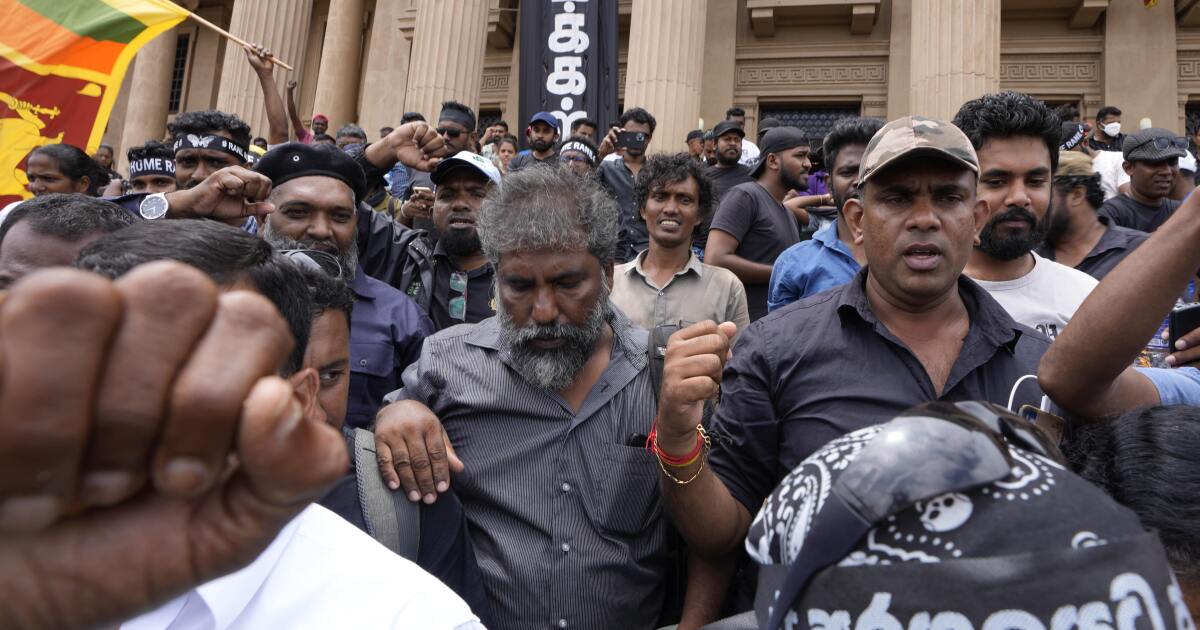 Former Sri Lankan Prime Minister Ranil Wickremesinghe was elected as the country’s president on Wednesday after months of protests demanding he and other leaders resign from their governmental positions.

Wickremesinghe is set to be sworn in on Thursday and will finish the current term vacated by former President Gotabaya Rajapaksa, who fled the country last week amid violent demonstrations. The new power dynamic comes despite pushback from protesters who demanded the six-time prime minister step down, even setting his office and personal residence on fire last week in defiance of his leadership.

“I need not tell you the status our country is in,” Wickremesinghe said on Wednesday. “Now that the election is over we have to end this division.”

Wickremesinghe won the election with 134 votes from the 225-member Parliament, securing his expected victory over two other candidates. However, several protesters signaled they would not end their efforts to oust him from office for good.

“We’re shocked. He’s a person handling things in a very cunning way,” protester Damitha Abeyrathne told Reuters. “He will start controlling us in a different way. As protesters, we will start our struggle again.”

Many protested Wickremesinghe’s rise to power, arguing he was partly responsible for the country’s current turmoil by working under Rajapaksa. However, the president-elect argued the economy had already collapsed by the time he was sworn in as prime minister in 2018.

Wickremesinghe was sworn in as acting president over the weekend after Rajapaksa resigned, prompting him to declare a state of emergency to prepare in the event of violent protests ahead of the presidential election. The emergency order, issued on Sunday, gave the leader the power to invoke public security measures, such as suppressing riots.

Sri Lanka’s economy has experienced months of turmoil, and the country has been largely relying on aid from outside countries and experiencing severe shortages of food, fuel, and other necessities. Demonstrators have stormed several governmental buildings, noting they will continue until all the nation’s leaders resign.